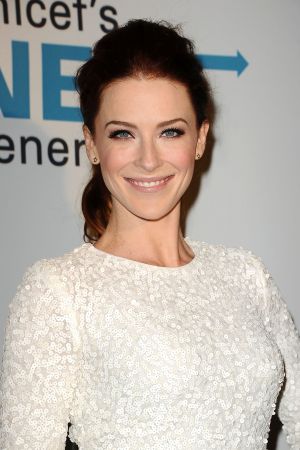 Just one day after the announcement of the January 6, 2015 premiere date for ABC and Marvel Television’s upcoming series “Agent Carter,” Marvel has reported the addition of a new actor to the regular cast with Bridget Regan playing Agent Peggy Carter’s neighbor, Dottie.

The actress, who has appeared on USA’s “White Collar” and in the recent Keanu Reeves action flick John Wick, will play Dottie, a “small-town girl from Iowa who’ll have a huge impact on the life of Agent Carter.”

It’s an interesting counterpoint to the fact that Steve Rogers’ neighbor in Captain America: The Winter Soldier was none other than (in the comics) Peggy’s niece, Sharon Carter (played by Emily VanCamp).

Marvel’s Head of Television, Jeph Loeb, had this to say about the addition: “Bridget Regan brings the nuance and complexity of Dottie to life in a way that leaves no doubt as to her importance to Peggy.”