Since taking charge of DC films alongside Peter Safran, James Gunn has been using social media to Tweet out various images. From images of Mr. Terrific to Kingdom Come and Jonah Hex, they seemed like tests to gauge fan reaction to certain properties. Today, however, he debuted an actual Blue Beetle teaser poster. Fans nervous that Warner Bros Discovery’s David Zaslav might can the film for a tax write-off as he did Batgirl can now breathe easy. Blue Beetle is coming, and coming specifically to theaters, in 2023. 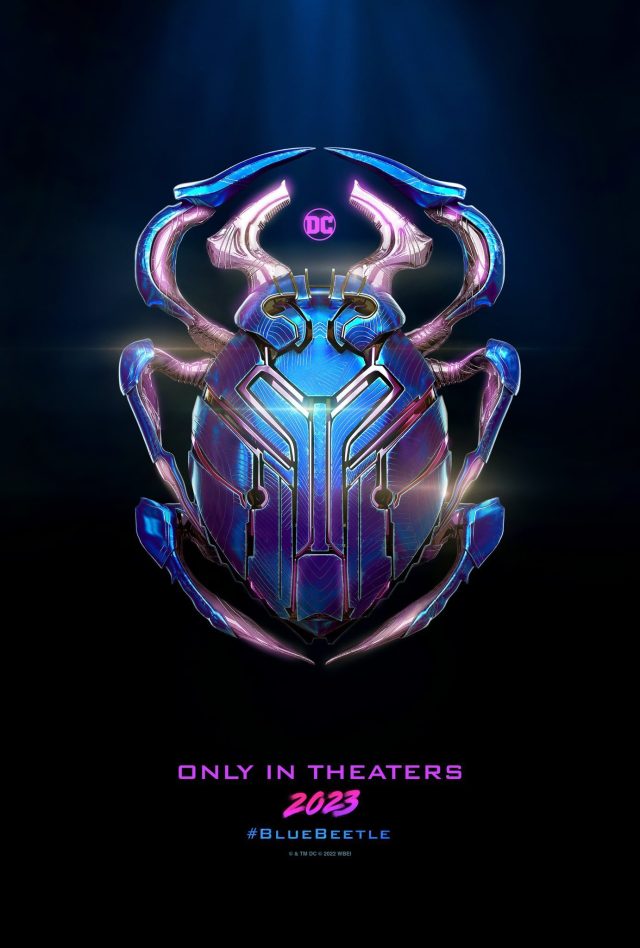 The Blue Beetle movie features the third character in comics to bear that name. Jaime Reyes is a young man from El Paso who bonds with an alien scarab that attaches to his spine and creates a suit of specially powered armor for him. The scarab at one time appeared in the possession of the wizard Shazam, which could tie Blue Beetle in to the rest of the existing DCEU.

How do you like the Blue Beetle teaser poster? Let us know in comments.

After the cancelation of Batgirl, many worried if Blue Beetle would receive the same fate.
Movies 4 months ago

After talks with Sharon Stone broke down, Susan Sarandon has joined the cast of Blue Beetle as the film's main…
Movies 10 months ago
Loading Comments...