Warning: There are spoilers ahead for Black Adam’s mid-credits scene!

Superman’s back. But try not to look too surprised. Dwayne Johnson hasn’t exactly made it a secret that he’s pushing for a Black Adam vs. Superman movie. According to a recent report, Johnson sidestepped former DC Films boss Walter Hamada to pitch Warner Bros. on Henry Cavill’s first appearance as Superman in five years. And it finally happened in the Black Adam mid-credits scene when the Man of Steel introduced himself to Johnson’s character. While speaking with Collider, Johnson explained how it all came together.

“We are good friends,” said Johnson. “[Cavill] is very good friends with my business partner, Dany Garcia, who has worked very closely in advocating for his career over the years as manager… We’ve all known each other for a very long time, over 10 years.”

“When I say there’s a new era in the DC universe, what I mean by that is listening to the fans and really paying attention to them,” added Johnson. “And we’re not always going to be able to do everything that they want, but we are going to listen. [Cavill’s return] is a reflection of not only listening to the fans, but you got a guy who embodies Superman.” 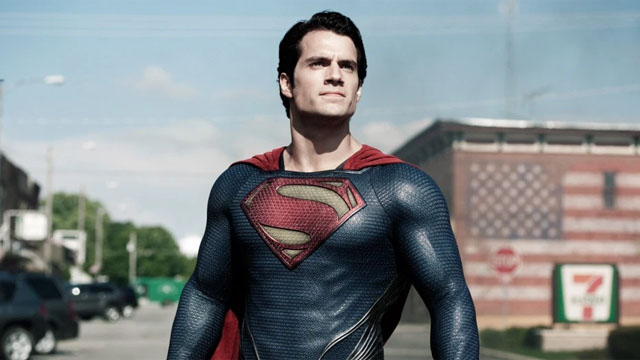 RELATED: Black Adam Has a $25 Million Opening Day At the Box Office

Johnson went on to confirm that he took his idea for Cavill’s return to directly to new regime at Warner Bros. Discovery.

“It got to a point where collectively, I want to say myself, Dany and Hiram [Garcia], we said, ‘Here’s how the movie should end. And I’ll give you one further, test it, and if it doesn’t work, we’ll never talk about it again. Test it,’ recalled Johnson. “We shot it, to their credit, new leadership… They saw it and said, ‘We don’t even have to test it.'”

In a separate interview with CinemaBlend, Hiram Garcia added that “[Cavill] wanted to come back, we wanted him to come back, and we wanted to make sure that we were able to establish that [his] character exists in the same universe as Black Adam. We have large ambitions for things we’d like to do. However, all of these items are still in the works, so I am unable to provide exact updates. But just know that we are fighting for it.”

Black Adam is out in theaters now.

What did you think about Henry Cavill’s brief return as Superman? Let us know in the comment section below!

After announcing a slate of new projects, James Gunn addressed Ezra Miller and Gal Gadot's future in the DC Universe.
Movies 4 days ago

There is still a chance that some of the Snyderverse DC actors may return, with some exceptions including Henry Cavill.
Movies 7 days ago

The Black Adam 4K comes out just in time to face a lot of extra baggage. But how does the…
Movies 1 month ago
Loading Comments...