It hardly seems real that after fifteen years of talk, Dwayne Johnson‘s Black Adam is finally in the home stretch toward release. And to prove it, we now have a figure based on a comic legend’s artwork based on the actor playing the comic book character. Like most McFarlane Toys 12-inch figures, this Black Adam movie figure might count more as a statue. It’s pre-posed in flight, with cape billowing out the back. But unlike statues, it’s affordable, running a cool $39.99. (Most such figures might feature 2-3 points of articulation, allowing for really minor adjustments.) 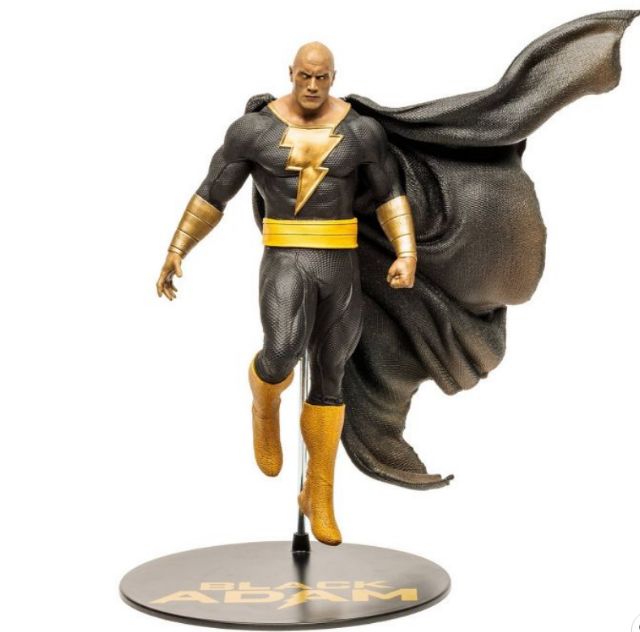 Black Adam clearly goes through several costume evolutions. In the 7-inch scale, McFarlane makes two of them: one with hooded robe and one without. But this looks more like a final evolution — a mirror version of the way Shazam’s duds look in the DCEU. 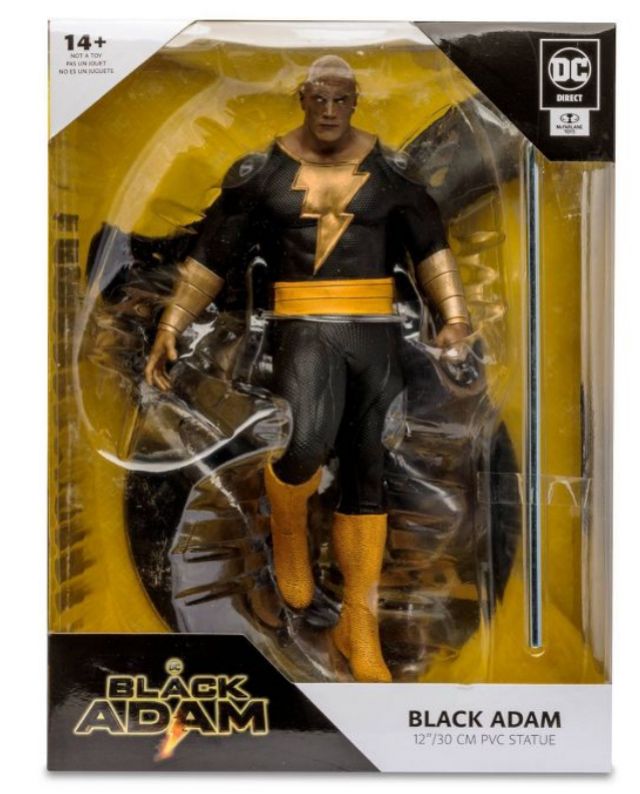 The figure looks like a Target exclusive at this point, with preorders up online and no delivery date specified. That would fit with the company’s frequent reliance on retailer exclusives to keep the line vibrant in brock-and-mortar stores. 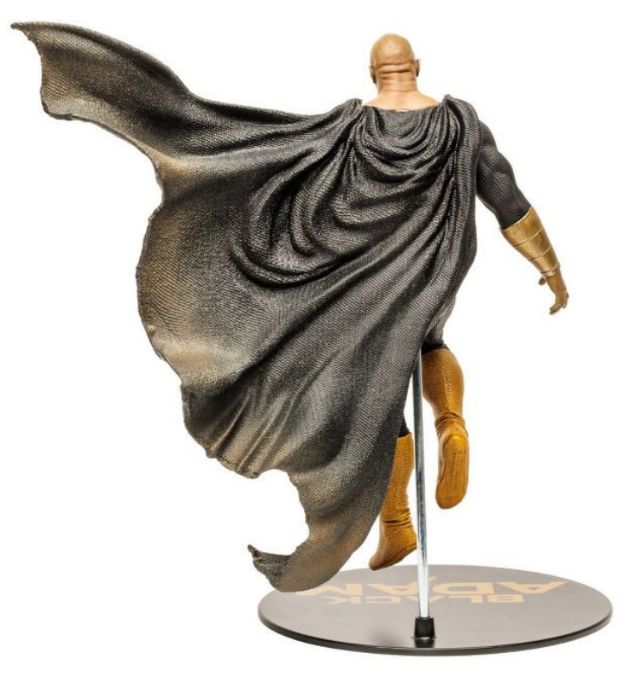 Now let’s see if any of the other JSA members get their due. A flying Hawkman suspended similarly could look visually spectacular.

Will you preorder this Black Adam? Do you like McFarlane’s pre-posed 12-inch figures in general? Let us know in comments.

The Black Adam 4K comes out just in time to face a lot of extra baggage. But how does the…
Movies 4 weeks ago