Dwayne “The Rock” Johnson is a man who has probably been made into more action figures than most mere mortals could count. But usually they’re of him specifically, rather than a character he plays. This time’s different. In advance of the Black Adam trailer dropping tomorrow, McFarlane Toys just revealed the first look at its Black Adam movie action figure. After 15+ years of him talking about it, Johnson’s incarnation of the DC character will get a toy.

Based on what we’ve seen so far, Black Adam undergoes some costume adjustments during the course of the movie. This action figure appears to come cape-less, and with removable energy effects. Possibly a flight stand, though we’ll have to wait and see. Take a gander at the full image below: 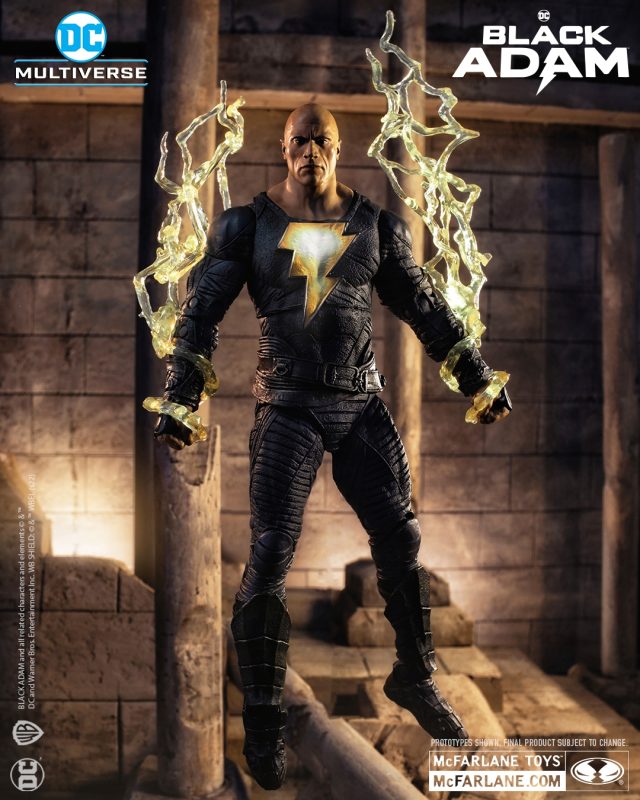 Assuming the final Black Adam movie figure looks like this, Johnson can certainly claim DC toy bragging rights over former archrival John Cena. The Peacemaker figure’s likeness seemed a bit off, but there’s no doubt who this one’s supposed to be.

What do you think of the Black Adam figure? Let us know in comments.