The Secrets of Dumbledore Trailer 2 Draws Heavily on the Past

Just in case anybody in the potential audience forgot that the Fantastic Beasts saga exists in Harry Potter‘s universe, The Secrets of Dumbledore trailer 2 busts out Michael Gambon as the original (second) Albus. A franchise once centered around Eddie Redmayne’s Newt Scamander and his animals now looks to reposition itself around the familiar legacy character. The new trailer even actively promotes the now-controversial author of the Potter books and Beasts Screenplays by name. Clearly it’s counting on nostalgia trumping debate.

It’s unclear of Gambon filmed additional scenes, or if we just get repurposed footage of him from prior films. But Warner Bros. wants you to know Jude Law is that same guy, every bit as much as they don’t mention Mads Mikkelsen’s Grindelwald used to be Johnny Depp. The trailer hints at a Heat-like scene between the two exes/enemies, a la De Niro and Pacino. And that will likely evoke more emotions in viewers who know the history already.

Check it out below:

RELATED: Sparks Fly in The Secrets of Dumbledore Character Posters

Per the latest official synopsis, “Professor Albus Dumbledore (Jude Law) knows the powerful Dark wizard Gellert Grindelwald (Mads Mikkelsen) is moving to seize control of the wizarding world. Unable to stop him alone, he entrusts Magizoologist Newt Scamander (Eddie Redmayne) to lead an intrepid team of wizards, witches and one brave Muggle baker on a dangerous mission, where they encounter old and new beasts and clash with Grindelwald’s growing legion of followers. But with the stakes so high, how long can Dumbledore remain on the sidelines?”

Fantastic Beasts: The Secrets of Dumbledore debuts in theaters April 15. The new poster is below.

Does all the new Dumbledore content draw you into this branch of the franchise? Let us know in comments! 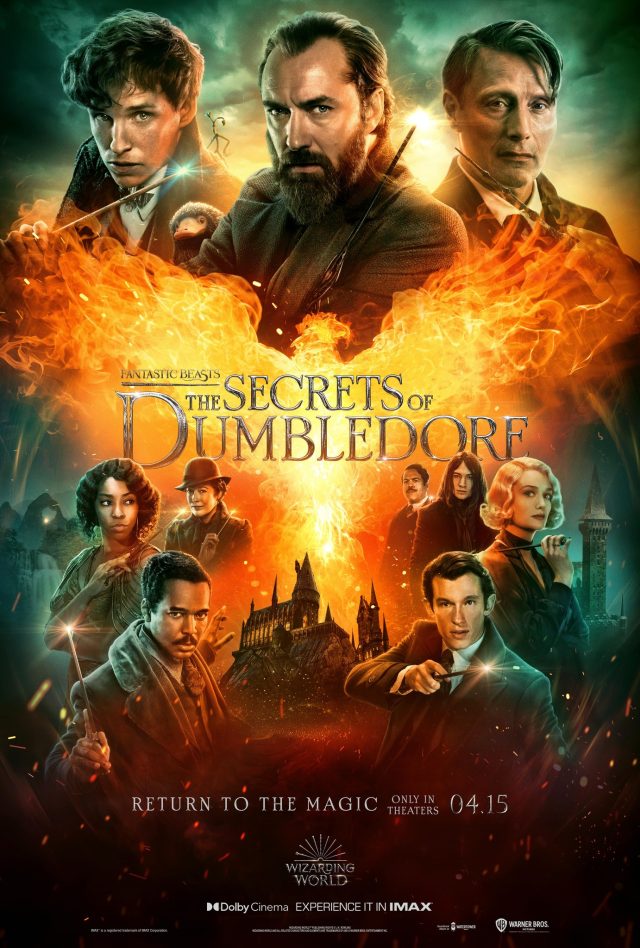 Fantastic Beasts: The Secrets of Dumbledore Drops 67% In Second Weekend

The future does not look bright for Fantastic Beasts as the Harry Potter prequel, The Secrets of Dumbledore, drops like…
Movies 9 months ago

The future of the Fantastic Beasts is in question after The Secrets of Dumbledore's opening weekend is the lowest of…
Movies 10 months ago
Loading Comments...