Whether or not She-Ra counts as a Masters of the Universe character is a topic that, surprisingly, can stir up some debate. She’s He-Man’s sister, of course, so it would seem a no-brainer on the one hand to say of course she is. And back in the ’80s, their cartoons crossed over constantly. The toys, however, didn’t. She-Ra headlined a hybrid doll/action figure line called Princess of Power, with soft, removable clothing items and rooted hair. Her animated enemies, the Evil Horde, became Masters of the Universe — they looked way too monstrous for a doll line. Fans will still argue whether the Horde were conceived as boys’ toys first, or girls’ cartoon villains.

With every relaunch of Masters of the Universe toys, however, She-Ra and the Princess of Power characters have been included. Which made it all the more confusing in 2018 when the remake She-Ra and the Princesses of Power cartoon came out and made no mention whatsoever of He-Man. TV show rights seem to be separate, with characters like Hordak who appeared in both, available to both. When it comes to toys, though, they’re all Masters now. 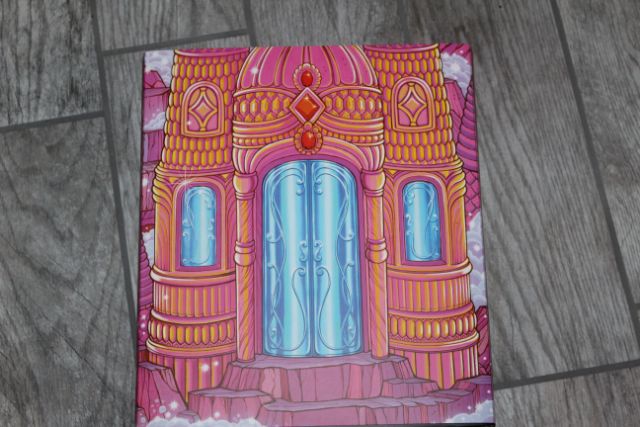 She-Ra arrives as the first female character in Mondo Toys‘ Masters of the Universe line, and she’s better constructed than many of the boys. While her swap-out parts interchange easily, they don’t fall off at the slightest touch the way some before did. She also comes in an all-new cardboard slipcover, which Mondo didn’t even do for Hordak — it depicts the original Mattel Crystal Castle on the front, and the Filmation version on the back. 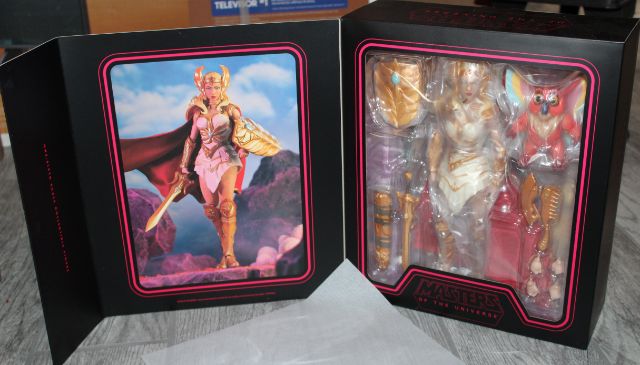 Once again, a front flap attached with magnets, can open up to reveal the heavily wrapped figure. This time, there’s no character bio on the inside panel. Just a color photo that may help guide you in how not to put the figure together. 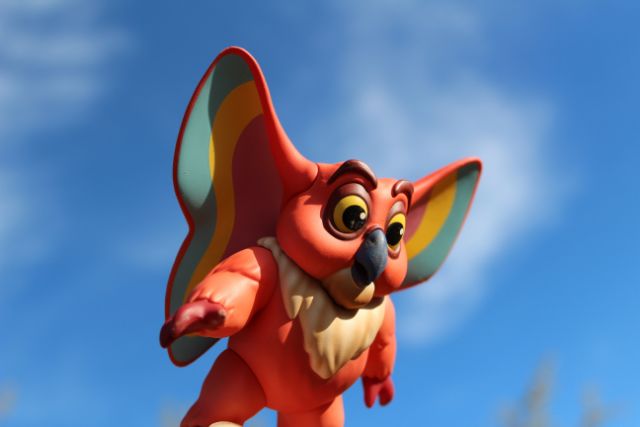 She-Ra includes her companion, Kowl, who features all of two points of articulation: cut joints at his shoulders. He’s more accessory than separate figure, and done in full Filmation aesthetic; more cartoony and less realistic. 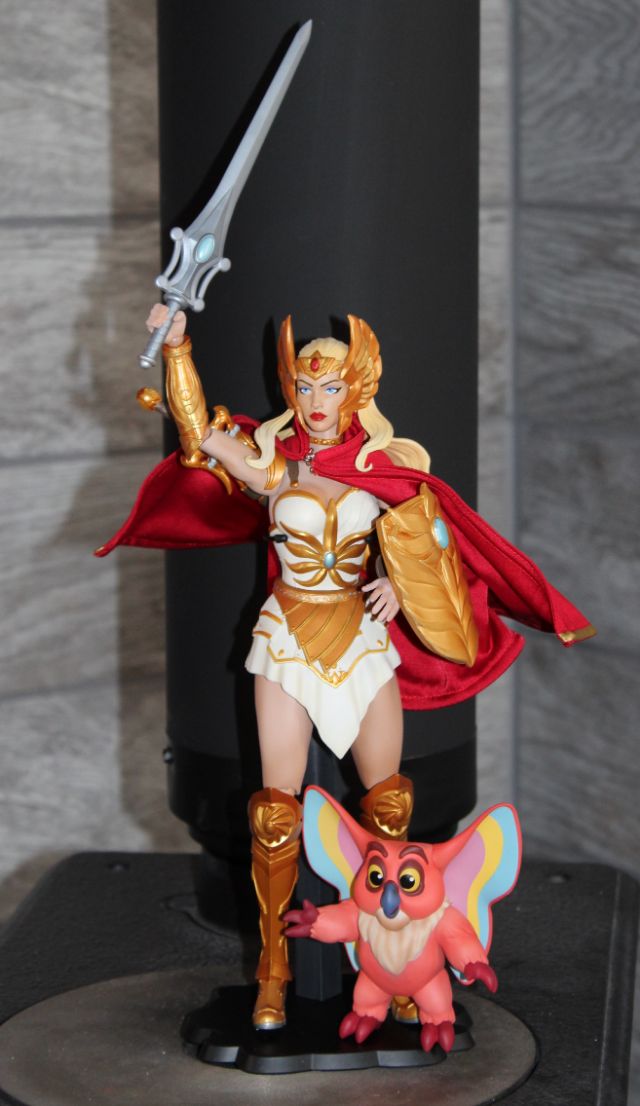 The She-Ra figure design draws primarily from her Filmation design, which is the best-known look, in a more detailed style. But it’s not without other elements — note the gold triangular belt above, derived from the first figure. (It can switch out for a more Filmation-styled smaller one.) She also comes with a number of options for her head, which, in its bare state, looks like an Ex Machina android nightmare. 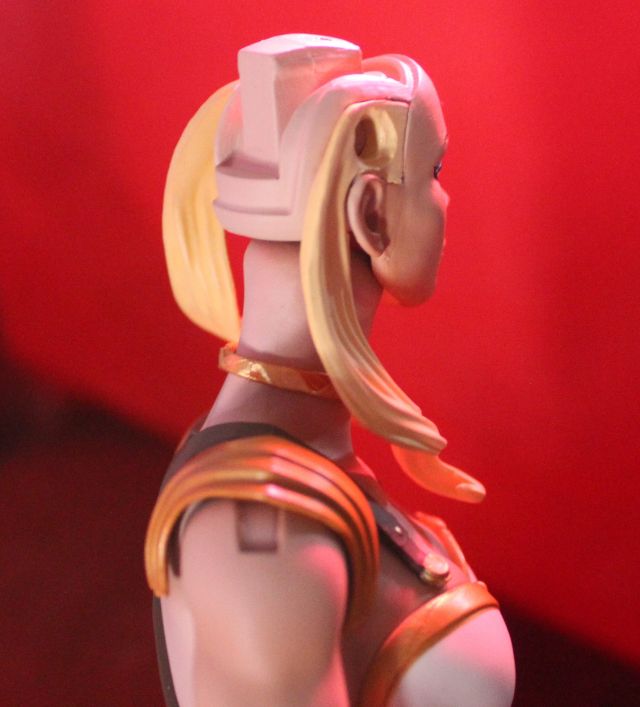 Two different hairstyles for the top and back look almost identical, save one detail. Should fans choose to pose her with the sheath clipped to her back, one of the hairstyles has a space for said sheath. 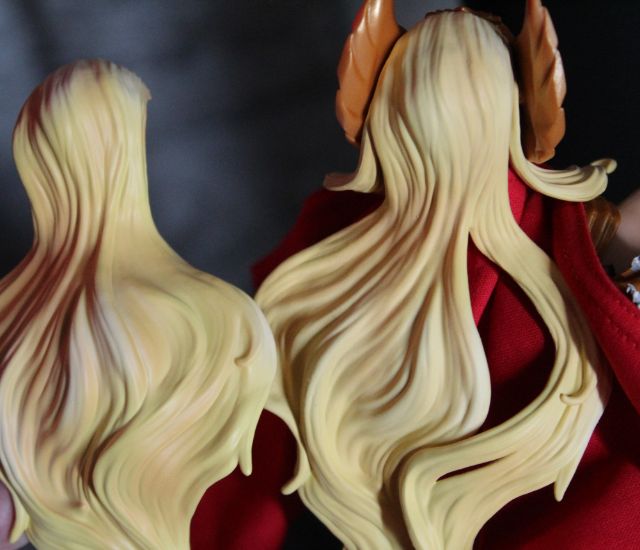 As for the front, she sports a forehead slot and holes on the side of her head, so she needs a tiara. 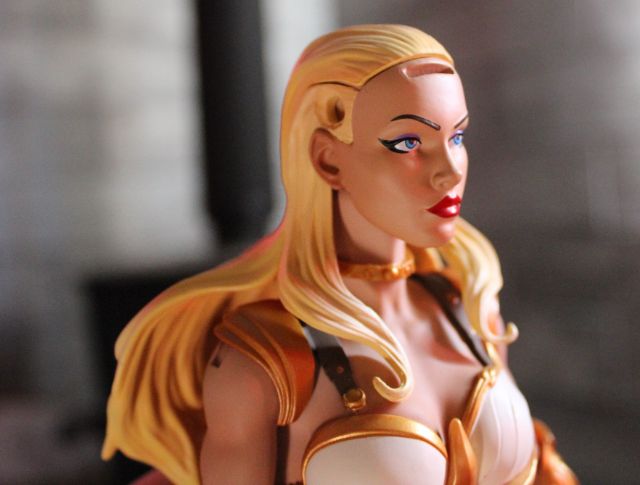 First up is the classic toy design, from the Princess of Power line. 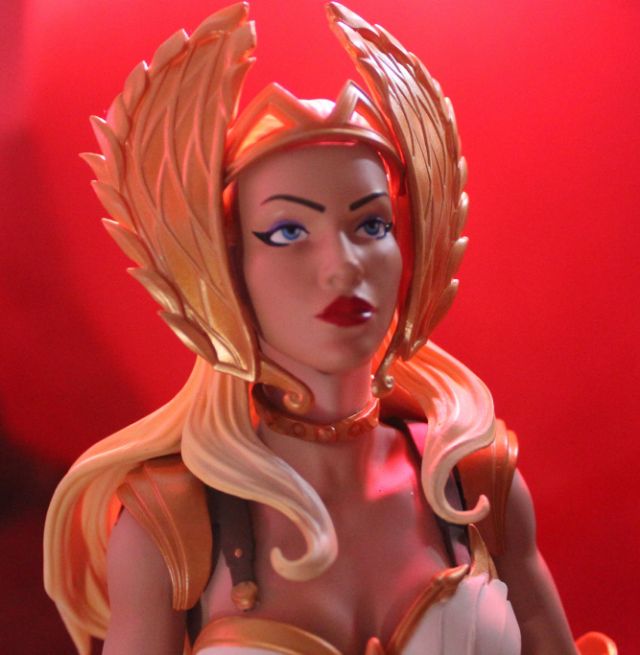 It doesn’t quite cover the slot, which is where the extra bangs piece comes in, designed to work with this look only. 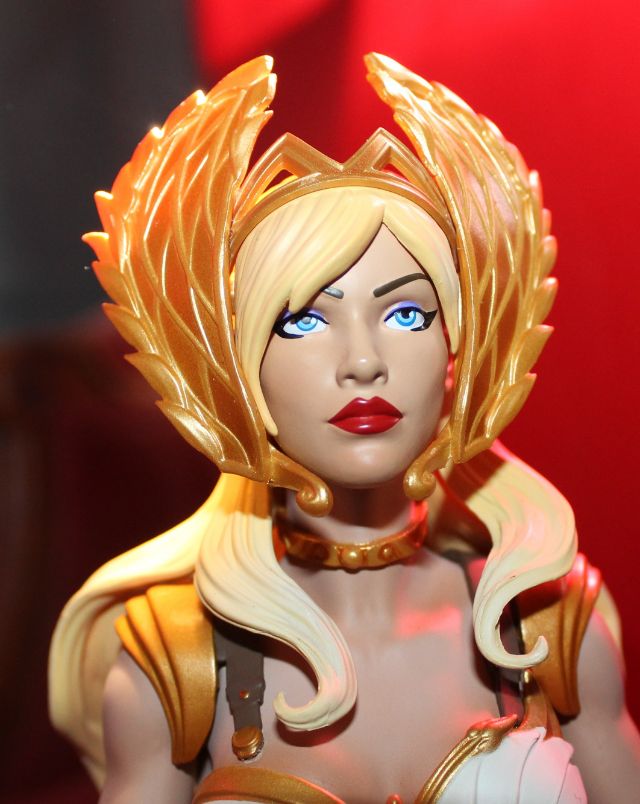 Now, the gimmick on the original toy was that the tiara right-side up made her Princess Adora. Turn it upside down, and it became a mask, hiding She-Ra’s true identity. You can do that here, sort of, but… 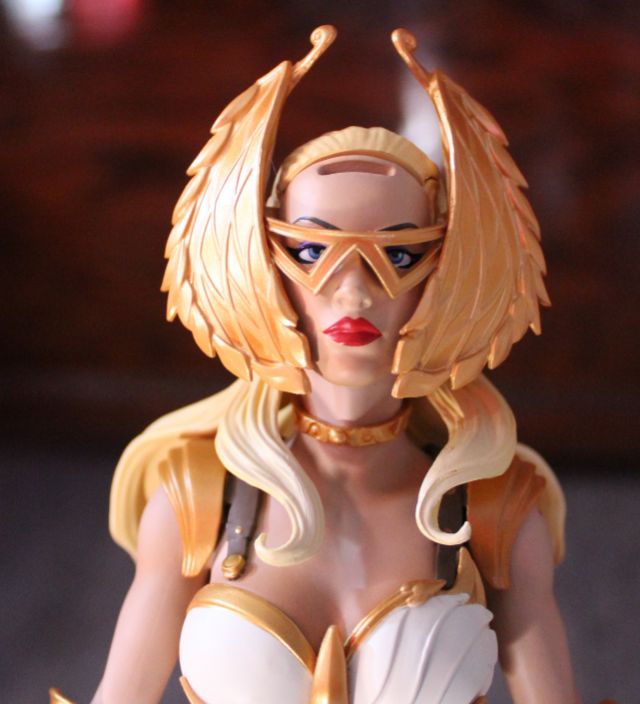 …there’s that forehead slot. The bangs piece can go in there, but if it does, the tiara isn’t side enough to clip into the head side-holes. Though it will stay on. 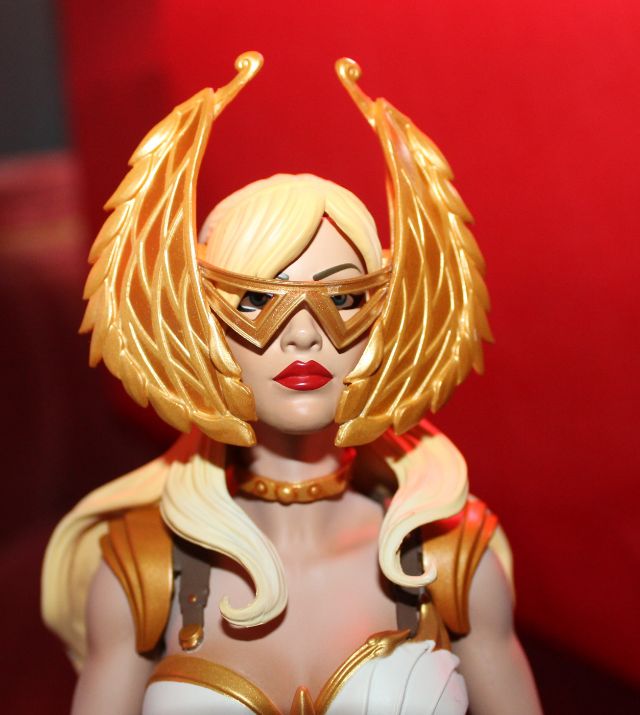 Alternately, one can sort-of get it partly in outside the tiara. But it makes her look more like Ka-Ren, chaotic master of customer service demands… 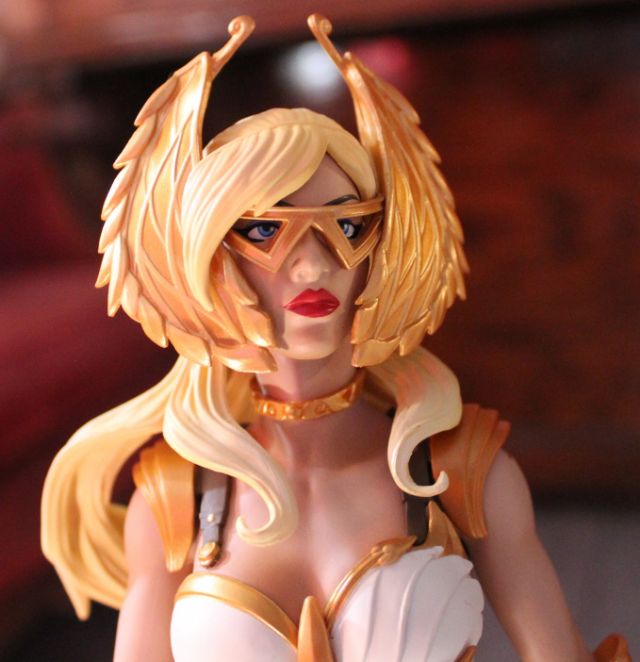 Then there’s the 2018 cartoon-inspired style, with thin headband and loose wings. 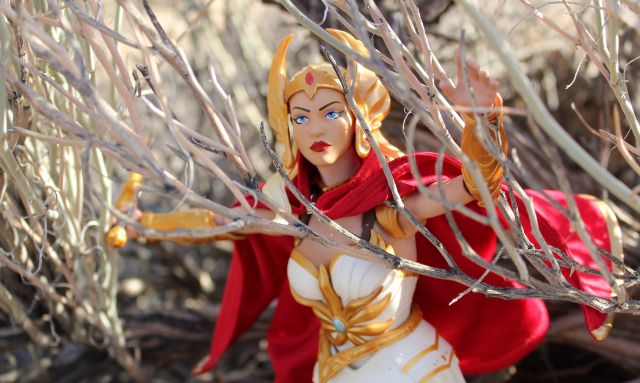 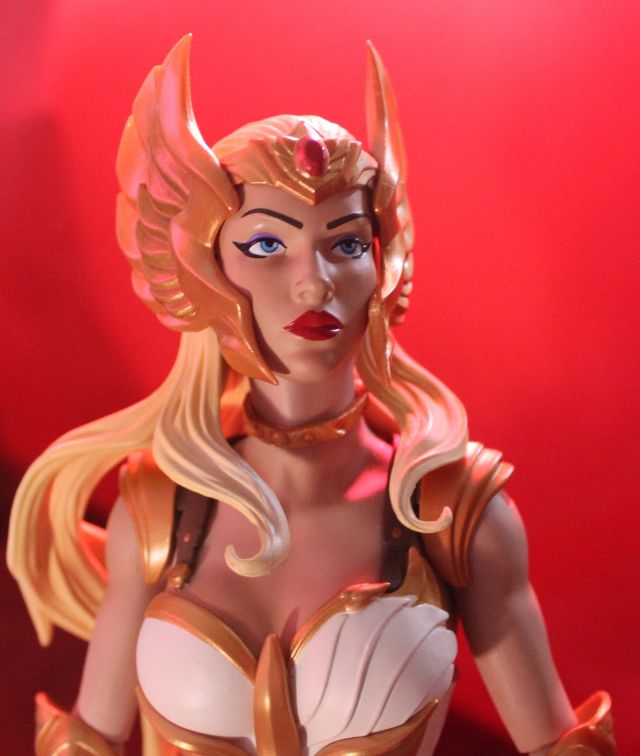 As with previous Mondo MOTU, the body features a good amount of articulation that’s mostly concealed by clothing. Joints include ball joints at the wrists, ankles, waist, neck, elbows, and double ball-hinge knees. Her ball jointed hips get some restriction from the skirt, as expected. Her arms hold poses nicely — she can even carry the chunky Kowl, unsupported. 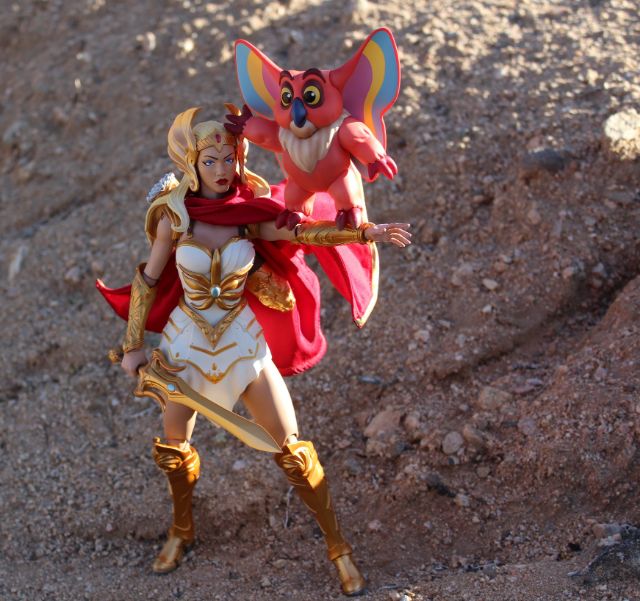 One major, major improvement over He-Man is the sheath on her back. The clips on it stay attached to the sheath, and don’t pop off as they did on her bro. It’s already a challenge to hook it on to the back straps of her costume, but a lesser one given that the hooks hold. She includes two swords of protection — Filmation style, and more classic He-man styled. The latter fits the sheath perfectly, the former lightly. The classic toy sword, a different style altogether, gets no representation except that it was gold, as the He-Man-styled one here is two. And just as He-Man and Skeletor got custom companion animal heads on the ends of their sheaths, She-Ra gets a unicorn. 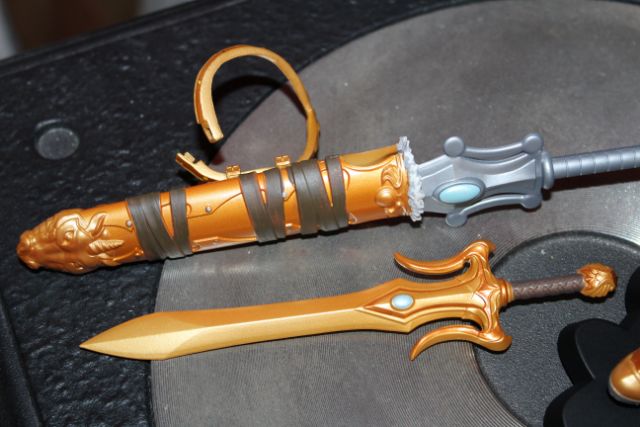 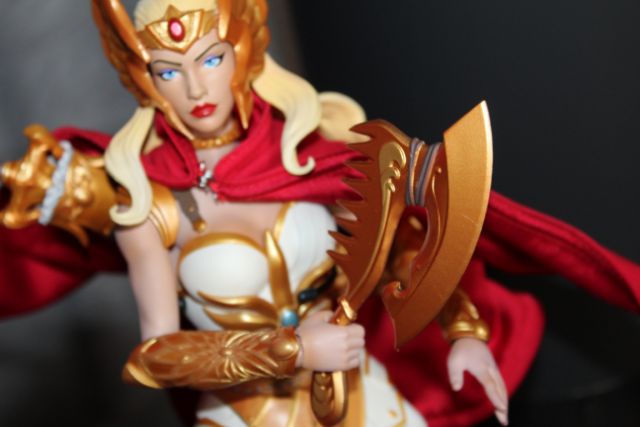 Her cape is odd because rather than feature a hook-and-eye fastener, it has two hooks. They can hook into each other, but one wonders why not the easier eye. At any rate, the semi-circular design works best either billowing out the back, as posed by its bendy wires, or splayed upward in the style of the original Starburst She-Ra figure. 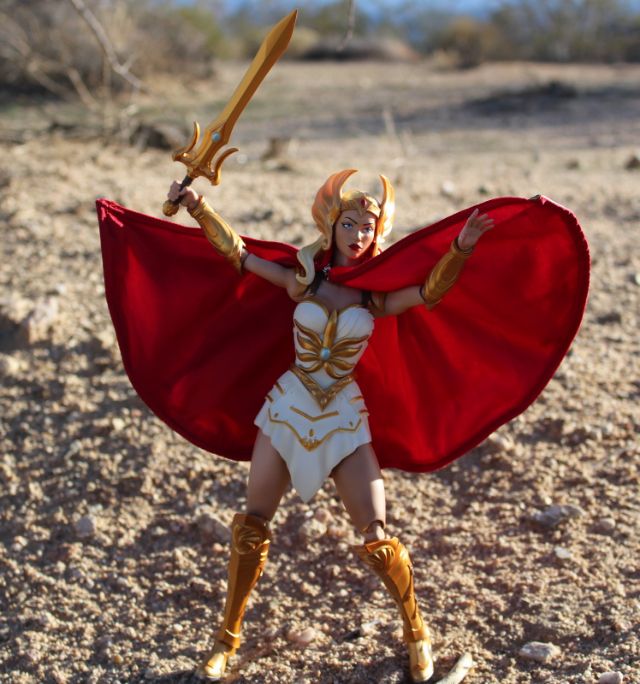 Though Mondo makes these figures primarily for display, the She-Ra feels put together well enough that limited, light play scenarios by careful children (and inner children) might be okay. Unlike He-Man, she doesn’t feel like everything will fall off if posed too drastically. Yet she doesn’t over-compensate either — the switch-out hands and hair easily switch. Take care with the belts, which might fall off if not properly fastened. 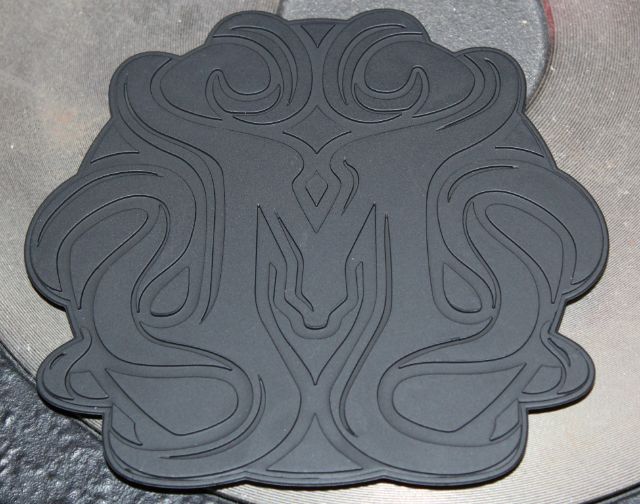 She-Ra includes a doll stand with the Mondo logo on the bottom. It tends to angle her slightly backward when standing, but careful leg and head placement can mitigate that. Note that her head has far greater poseability without the back sheath. 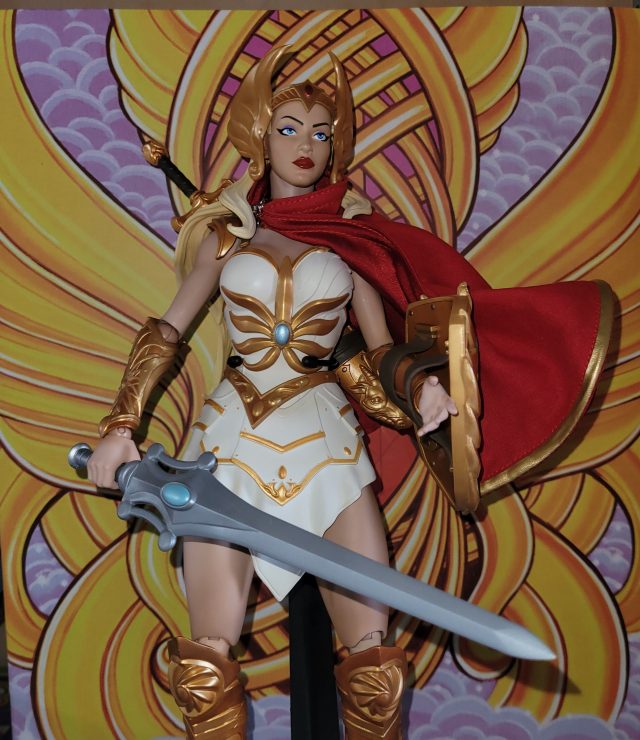 I’ve reviewed several Mondo Masters figures, and She-Ra is by far the best overall package. Others have cooler and creepier designs, but she feels like a full-on, high-end action figure. Mondo sold out of the first run, but they’re on their third He-Man variant, so expect She-Ra to return in some form. Maybe this one could even resurface at sites like Amazon, as others have in the past. Presuming this body will reappear on other figures, it offers some confidence in the future women of the line.

Take a look at more images in the gallery below. Then tell us what you think in comments.

Like Christmas, a Hot Toys Mantis is finally here.
Geek Culture 1 month ago