Star Wars fans mostly love Dave Filoni. Divisions may exist in fandom over J.J. Abrams or Rian Johnson and the recent movies, sure. But almost all seem to agree that Filoni’s shepherding of the TV shows has been that of a dedicated fan, for dedicated fans. Now, the question is, how much do fans want to be like Dave Filoni? Because Hasbro‘s offering a new way to resemble him. As part of their regular Star Wars livestream reveals, the copmany showcased their new Dave Filoni X-Wing helmet. Well, technically the character he plays, as seen in The Mandalorian, bears the name of Trapper Wolf. But everyone knows who it is. And will hear his voice as part of the helmet’s electronic features. 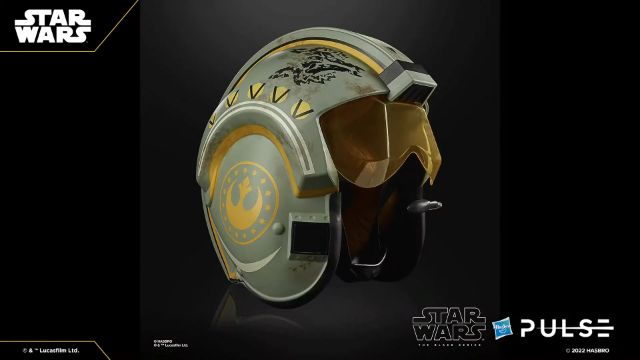 In army-building news, several more Vintage Collection Mandalorians are coming, plus a box set of four Deathtroopers. In Black Series deluxe, an elaborate Rogue One Saw Gerrera will likely hit the new $31.49 price point from the extra deco. Vintage Figrin D’an saw a reveal ona  card, with hints that a box set of his band may come later. And the “pipeline” hints for next time include a Mandalorian season 1 Mayfeld, along with a fully accessorized Black Series Grogu.

Take a look through the gallery below for images of all the reveals. Then tell us your favorites in comments.

Some expected and others decidedly surprising.
Geek Culture 3 months ago