Tired of Todd McFarlane making mostly Batman figures for his DC line? Have some more Wonder Woman. The second of the DC Multiverse line’s all-out McFarlane redesigns, Wonder Woman had been rumored for some time. Today, the company officially unveiled the first promo image, and she certainly sports a lot of detail. 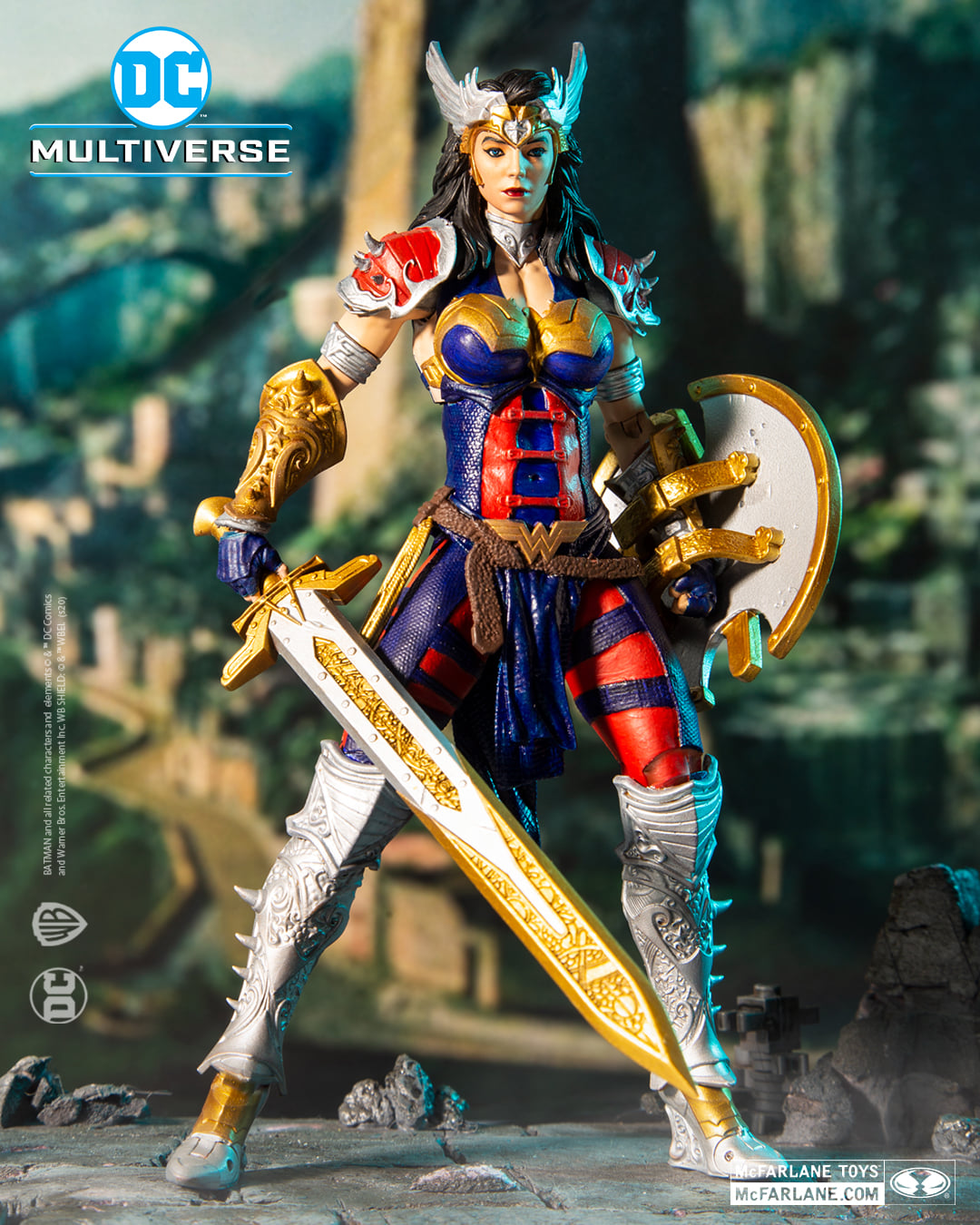 As with McFarlane’s Batman, this does not merely “McFarlane-ize”  a depiction of the traditional costume’s look. Rather, it seems to incorporate every single element the artist has liked from multiple Wonder Woman variants across her entire history. Along with some from other characters, most notably the angel characters like Angela and Tiffany from the Spawn comic. Like the Batman redesign, she also wears her classic logo as a belt buckle.

The figure should retail for $19.99, and preorders at outlets like Walmart will likely begin shortly. The official description reads, “From the mind of Todd McFarlane, comes one of the most beloved and iconic DC Super Heroes of all time. Reimagined to be clad in armor of his own design, Todd McFarlane wants to encompass the wonderous power and majesty of Wonder Woman in a new look with his own spin.”

What do you think of this latest in the series of McFarlane redesigns? Let us know in comments!