NECA Showcases Homelander and Starlight Figures From The Boys

The Boys, a profane superhero deconstruction adaptation featuring blatantly fascist “heroes,” bizarre sexual kinks, and even superpowered appendages we cannot describe here, seemed an unlikely candidate for toys. But NECA did Preacher figures before, and by the time that show was done it had blasted past all levels of taste and many comfort zones. It seems they’re in the Garth Ennis business, as the company takes on two members of The Seven in their initial The Boys lineup. They’re a study in contrast: Homelander and Starlight. 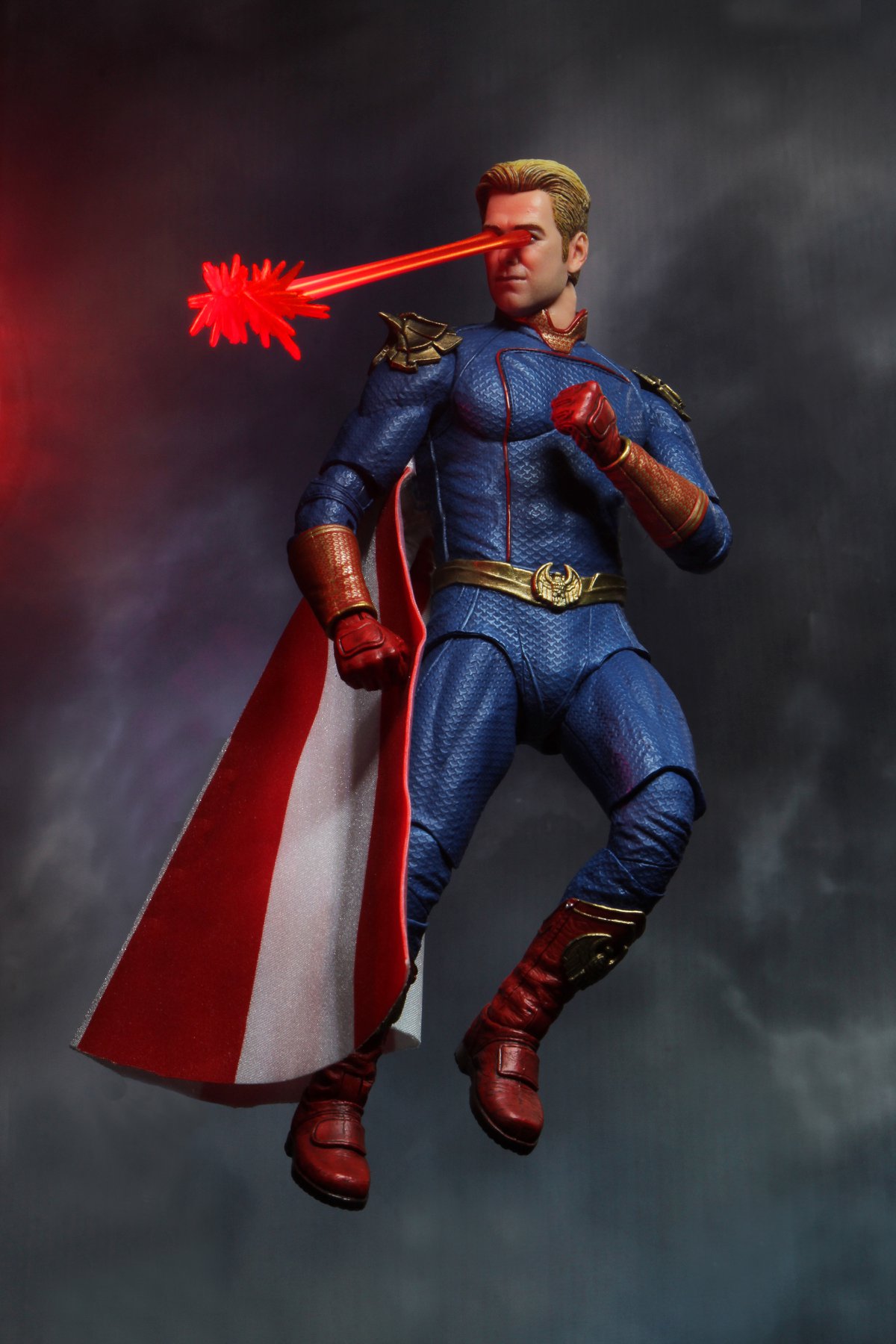 Homelander is the closest thing The Boys has to a signature character. A rare charismatic villain with genuine heel heat, he’s the terrifying anti-Superman we love to watch but long to see destroyed. Wrapped in literal and figurative cloaks of patriotism, he’s been borderline fascist from moment one. Last season, he took it further by having an intense affair with literal Nazi “supe” Stormfront. That clip-on heat vision effect? It generally represents a time he killed someone innocent in gruesome fashion, then blamed somebody else. 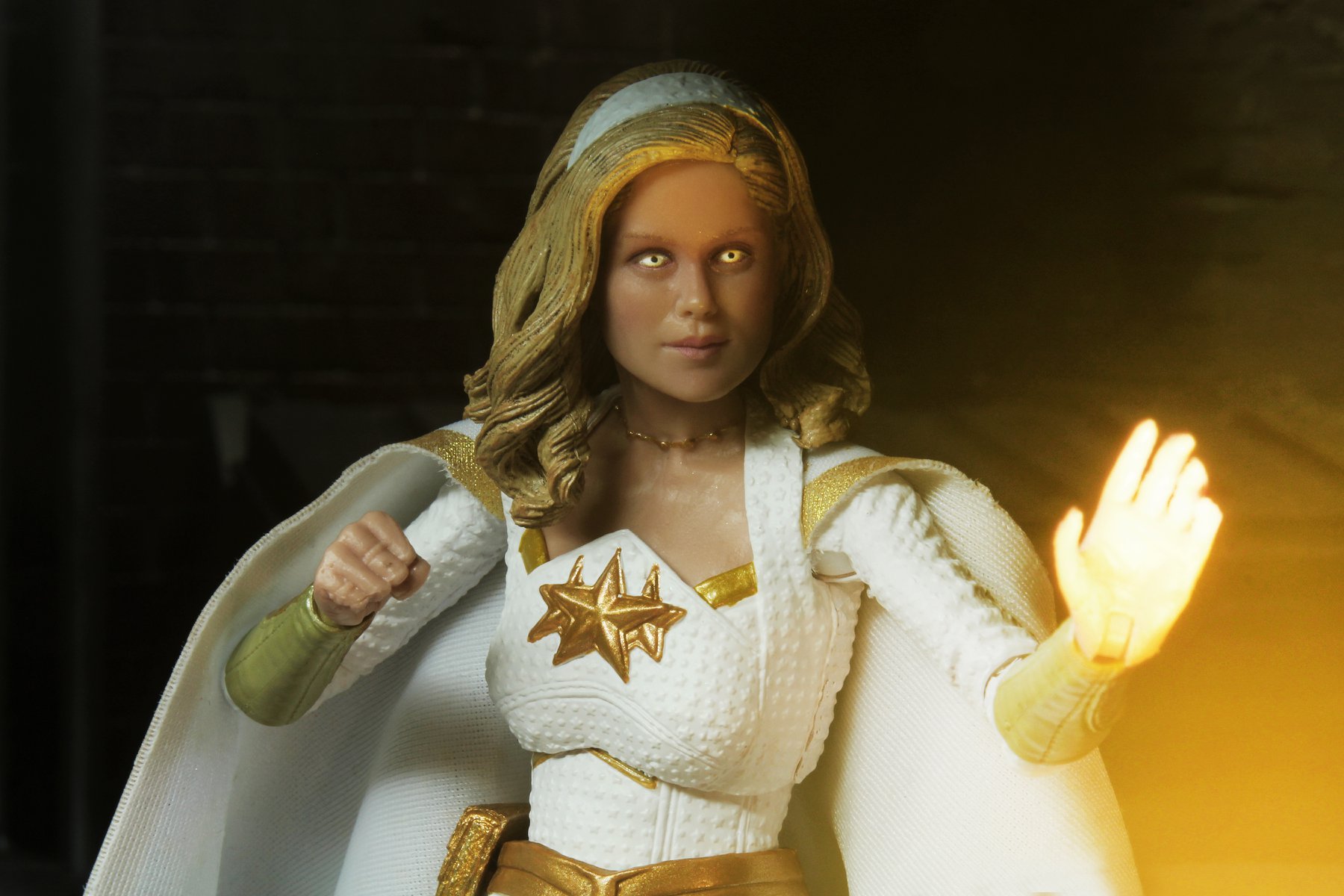 Starlight, by contrast, was raised a good Christian girl. Groomed for success, she quickly found it came with many compromises. Initially functioning as a mole within super-team The Seven, she’s been uncovered by Homelander, but also less inhibited about using her light-related powers. The Starlight action figure looks to have a paint job that simulates her powering up, and sports the less-demeaning superhero costume. Homelander appears to have a fabric cape and heat-vision effect. Knowing the way NECA rolls, fans should probably expect more show-specific accessories revealed later.

The toy company revealed the figures on Christmas as an “early present” to fans. No details yet about specific release dates, but the goal is probably to have them in stores for season 3.

Who would you like to see next in the line after Homelander and Starlight? Should NECA stick with the supes, or would you buy Hughie and Billy? Let us know in comments.

Ashley Barrett with a Q1 Earnings recap.
TV 7 days ago

NECA loves a body that can be reused.
Geek Culture 2 weeks ago