To say that modern Marvel Legends figures of the Fox Marvel movies were long-anticipated is an understatement. Not long after the Disney merger, Marvel’s Ike Perlmutter laid down an unofficial, yet observed, rule that merchandise based on the Fox movies was not going to be a thing. So for Deadpool, Josh Trank’s Fantastic Four, and X-Men movies from First Class onward, only comics-related tie-in merch came out. When Disney acquired Fox, fans got excited not just for X-Men in the MCU movies, but also for toys based on the previous Fox films that Hasbro hadn’t been allowed to make before. Sure, the first few films got Toy Biz and Hasbro figures, but sculpting has come a long way since. 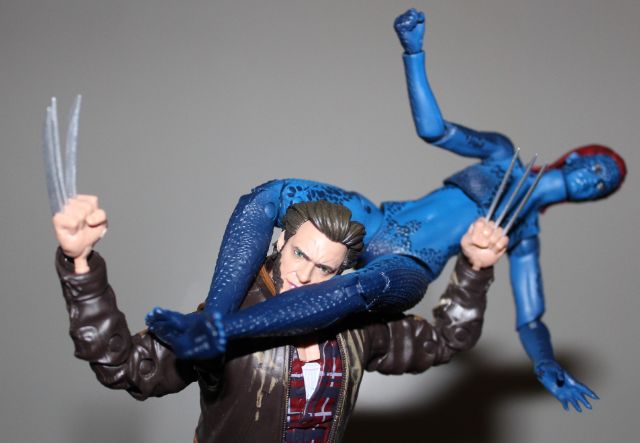 This year, for the 20th anniversary of the Fox X-Men franchise, Hasbro launched a premium line of figures. Though they hit stores earlier this summer, the company only sent review samples very recently. Though the set received doesn’t include every figure thus far, it features a representative sample: Wolverine and Mystique from X-Men, and Cable and Domino from Deadpool 2. (Additional figures include an Amazon exclusive Wolverine, a Deadpool/Negasonic two-pack, and a Professor X/Magneto two-pack with heads based on their older and younger actors.)

When Hasbro first revealed images of the figures at Toy Fair, the actor likenesses seemed off. Rumors flew that digital scans and face printing wasn’t being used every time to save money. Happily, however, those rumors seem nonsense. These are some of the absolute best representations of superhero actors ever. How do we know this? When they look even better blown up larger than the actual figure, that’s outstanding work. 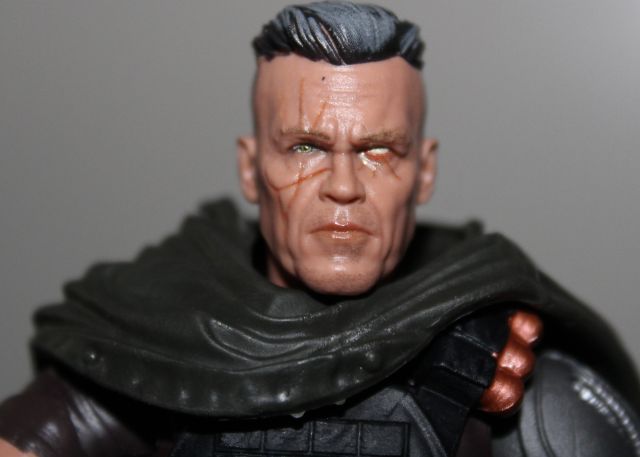 Although two different actresses played Mystique as an adult, the figure only comes with a Rebecca Romijn likeness. There may be issues with Jennifer Lawrence — though she has had action figures for The Hunger Games, a proposed Days of Future Past Mystique by Diamond Select got canceled over what Diamond told me were likeness issues. Though that also coincided with Perlmutter canceling Fox movie merchandise, so who knows.

In lieu of the alt-head Mystique comes with an alternate arm, transforming into a flesh-colored human disguise. It’s a fun swap-out, but she looks better in all-blue. 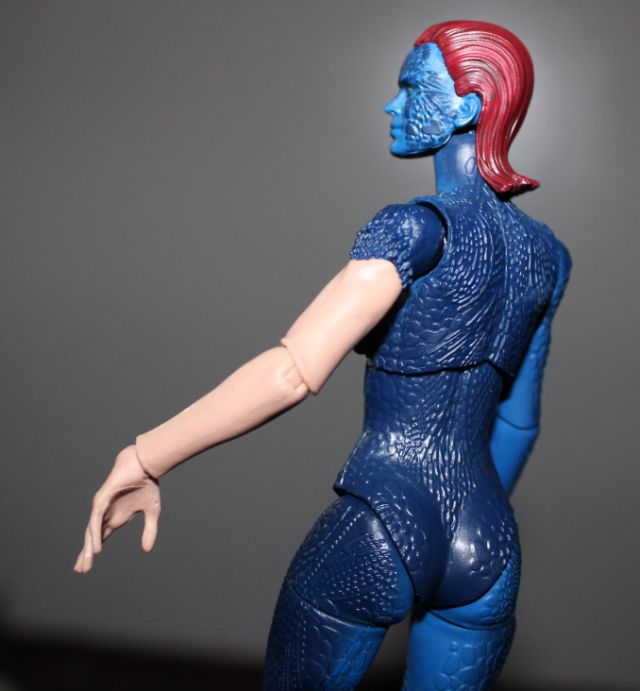 These figures are considered premium Marvel Legends, mostly with original sculpts, and that extra level of deco for film-accurate details. As such, they cost $25 rather than $20. Possibly to save money on actor likenesses, the packaging sports less specific silhouettes. The Deadpool packaging includes a bit of simulated Deadpool vandalizing. Someone (Wade?) crossed out the real names and replaced them with superhero names.

The classics win this battle. Mystique is easily the best figure in the bunch, followed by Wolverine, whose berserk head and claw hands can be swapped out for regular Hugh Jackman look. 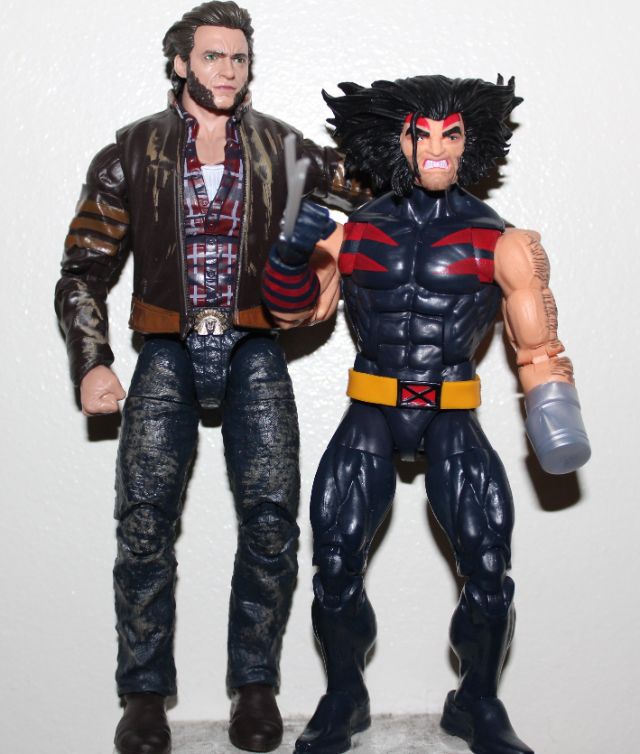 But for anyone who’s always wanted Jackman in a more comics-accurate outfit, the head swaps on to other Marvel bodies too. 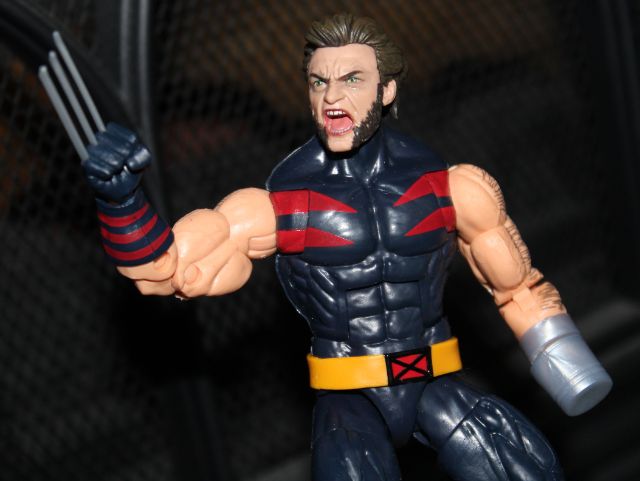 Cable boasts an all-time great headsculpt, and the teddy bear is a fine detail, but like so many Star Trek characters, he’s not much below the waist. (A dirty wash on his pants would work wonders — they look more toy-like than realistic.) His arsenal includes one big Liefeld-style gun, small pistol, and two stocks that clip on to the big gun. Whichever one isn’t in use can go in a holster, as can the pistol. Alternate fist hands can also swap in. 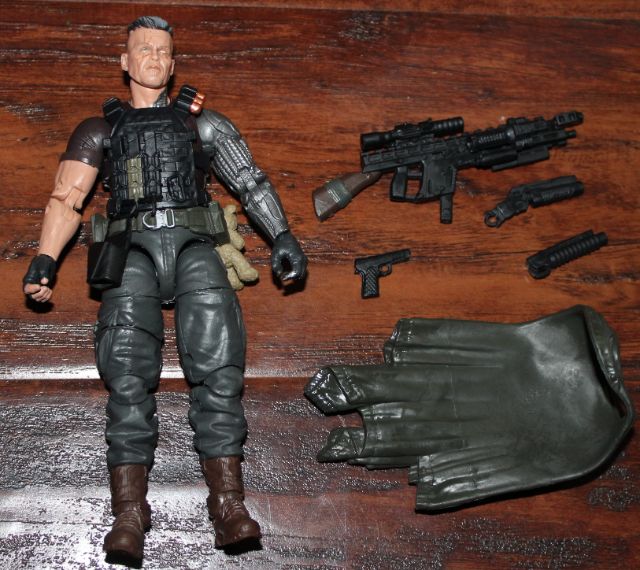 Domino also packs punching fists, along with gun hands that can hold two bayonet Uzis and her small gun, which holsters. 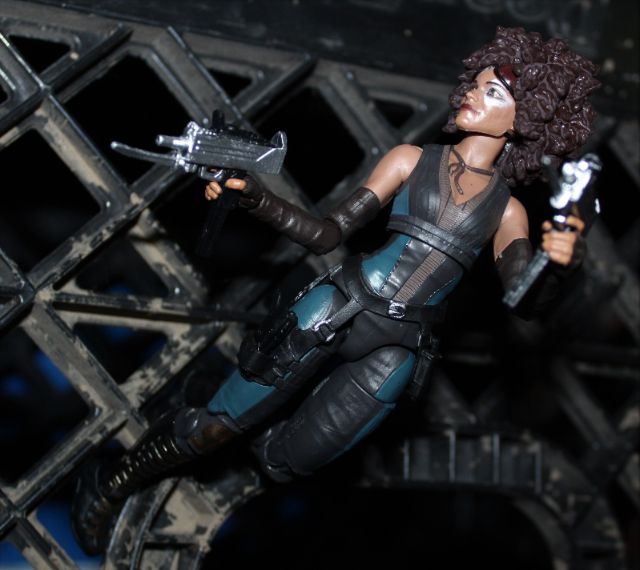 Domino has the toughest likeness — up close it has a softer face-print than the rest. Zasie Beetz might just be one of those faces harder to capture than the rest. There’s an alternate head, but its main difference is the skydiver goggles on her forehead. 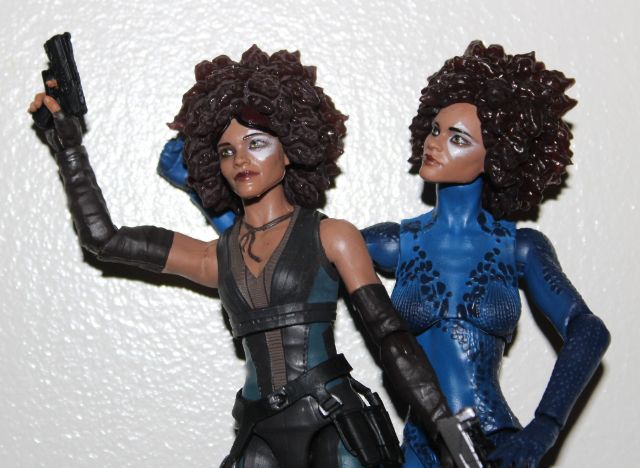 All the figures feature standard ML articulation, with the men getting double hinge elbows while the women’s are disc/pin ball. Dudes also get twisting waists while the women get mid-torso ball joints.

Cable is a Walmart exclusive, while the rest should show up at most other retailers. Amazon exclusive tank-tp Wolverine, which includes bone claws and two different heads, is the slightly better Jackman variant. However, all in all these figures are exactly what you’d expect and hope for from sculptors who’ve been champing at the bit and finally got a greenlight.

Take a look at our full gallery below for some closeups on the impressive detail. Then let us know your favorite in comments.

NECA sent us the glow-in-the-dark Mummy, who's a great deal.
Geek Culture 2 months ago
Loading Comments...