Had X-Men: Dark Phoenix — as it’s now called on Blu-ray release to alphabetize better with the rest — come out in 2001, we might have highly praised it. A serious take on superheroes! One grounded in a realistic world! With all the space opera stuff made simple and more plausible so nobody can mock the story for having capes and spandex! Too bad for writer-director Simon Kinberg that we live in the year 2019, and nobody wants the X-Men to look like The X-Files any more. Taken as an entity by itself, without regard to any external factors, Dark Phoenix is not a bad science fiction adventure. But both by accident and design, it faced more hurdles than any franchise movie could reasonably overcome.

First, the obvious lame duck factor: between the movie’s greenlight and release, Disney purchased Fox. Probably 99 per cent of the target audience realized the X-Men series as we knew it was over, pending a Marvel Studios reboot. Even savvier viewers likely knew that the contracts of all the bigger names, like Jennifer Lawrence and Michael Fassbender, needed renewing. The previous team film, Apocalypse, was unpopular. And for the first time in any X-Men movie including the Deadpools, Hugh Jackman’s Wolverine was neither seen nor mentioned. Plus the movie essentially remakes the widely derided X-Men: The Last Stand, without clearly bringing anything new to the table. Besides a complete lack of Patrick Stewart and Ian McKellen.

If — and it’s a massive, Juggernaut-sized “if” — you can put that baggage aside, and ignore continuity issues that have the principal cast barely aging between the Cuban Missile Crisis and the early ’90s, Dark Phoenix works as a passable super-metaphor for overcoming childhood trauma. Sorry you’re not getting the comics’ Dark Phoenix saga, but you never really thought we would from Fox, did you? 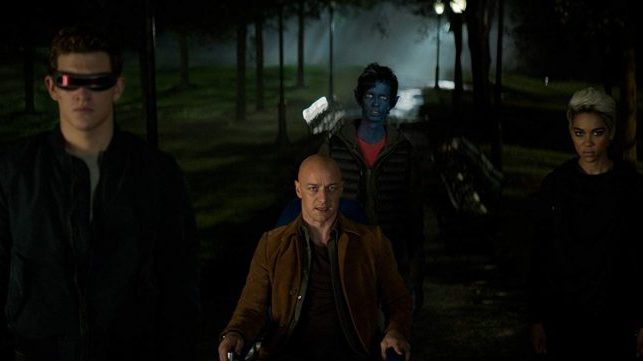 Even judged on its own merits, the movie might have been better guided by a female director. Sophie Turner’s mood swings as a cosmically possessed Jean Grey are impressive and frightening. But they also play a bit like the perceptions of a husband who doesn’t quite know what has his wife so upset. He only knows he’s a little bit sympathetic, a whole lot scared as hell, and will probably get blamed regardless. So one might expect Cyclops (Tye Sheridan), as that point-of-view character, to be better fleshed out. He’s not. As usual, filmmakers seem to find him boring, so Magneto gets most of his character development instead.

RELATED: 4K Review: Disney’s Original Aladdin Is as Good as You Remember

Given everything mentioned above, what’s good about this movie? Simply put, Dark Phoenix has three of the best “fully X-Men” action sequences committed to film, in which the team use their powers in combination with one another to complement each other. And not just like Avengers: Age of Ultron, where everyone is all in one room blasting drones with powers. This feels more like puzzle solving: Teleport the super-speed guy while the psychokinetic holds things together and the laser guy targets his blast at just the right moment. The mutants can collectively function as a perfect Rube Goldberg machine with the correct timing, and we see that successfully displayed three times. No small feat. 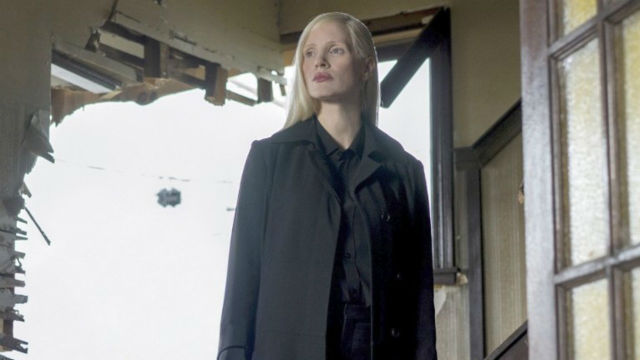 Also, Jessica Chastain. While her version of the alien Vuk bears little resemblance to Starhammer from the comics, her other-worldliness comes across as seriously chilling. And it’s nice to have a threat that isn’t just metaphorical racists again.

On the audio commentary, Kinberg comes across as a man who thinks he’s very smart, but isn’t. The fact that he says he wanted the movie grounded and gritty rather than operatic like the previous films ought to be an instant disqualifier. One, because every X-Men movie so far has tried to be grounded and gritty. And two, if anything in X-Men canon deserves the operatic treatment, the Dark Phoenix story is it. Repeatedly referencing Logan doesn’t make it better. No comics fan in their right mind would suggest a Dark Phoenix movie and an Old Man Logan movie should have the same tone.

Alongside producer Hutch Parker, Kinberg reveals that a lot of practical effects created real vehicle crashes and explosions where possible. In perhaps the biggest surprise reveal, he notes that the exterior X-Mansion is actually a complete CG creation. It’s also a design mash-up of every different mansion used in X-movies thus far. There’s a lot of talk about Bryan Singer’s style, and a viewer could make a drinking game out of the number of times they say “grounded” or “gritty” aloud. Don’t expect any fan nitpicks to be addressed — they treat Days of Future Past like a get-out-of-jail-free card for continuity. Even though that movie still ended with Patrick Stewart as Professor X. Twenty-two years after the events of James McAvoy playing him here.

Nor do we learn where the Jim Lee costumes from the final moments of Apocalypse went. A frustrating omission to say the least. A behind-the-scenes, feature-length five-part documentary does detail how they wanted a general lack of superhero costumes in order to feel more “organic” and “real” in tone. And yes, much of the doc will make fans crazy for the wrong reasons. It legitimately feels like these filmmakers thought they were doing something radical and epic. By having three-dimensional characters fighting aliens on Earth in a superhero movie. As if the last 20 years of comic-book films never happened. Seeing the practical-effect explosions is cool, though. But kudos to the studio for having the commentary track available on the 4K version, and not just the accompanying Blu-ray. If the viewer tires of hearing Kinberg, one can perhaps zone out and count every single pore on Fassbender’s face. Or notice which of McAvoy’s whiskers did not get shaven skin-smooth. Yes, the 4K looks fantastic; the sharpest any X-Men film has ever looked. When Jean blows up her childhood home, the combination of real and CG wood particles is an eye-stunner. The opening space shuttle rescue was quite rightly used to sell the film. It’s as cosmic and space-operatic as these live-action mutants have ever gotten.

The word “grounded” can mean more than one thing, and Dark Phoenix epitomizes it. Simon Kinberg uses it to proclaim how realistic his film is. In fact, for a superhero movie that needs to soar, it does indeed stick too close to the ground. Completists and 4K fans who want to show off the best effects on their system will want to buy this. But for most, it’s strictly a rental.

Watched today, The Return of Swamp Thing on 4K is a B-movie blast. It's ludicrous and plays itself as such,…
Movies 2 days ago

A worthwhile rewatch that needs more extras.
Movies 2 days ago