The short answer to the headline question is yes, albeit with a significant “But…” Here’s the bottom line: in any normal, typical action franchise, Thor: The Dark World would be an absolutely solid sequel. It’s different enough from its predecessor, while upping the ante and adding more of the characters you like. Its climax is huge and expertly staged, and its monsters are cool. But this isn’t an ordinary franchise. It’s the Marvel Cinematic Universe, and here, the fact that the third act really doesn’t make a lot of sense and the villain lacks a big personality is enough to push it way down the list. Ask most Marvel fans, and they’ll tell you this is their least favorite of all the films. The fact that most don’t even remember that Adewale Akinnuoye-Agbaje plays a major villain — did you? I didn’t — says a lot.

Some of the reasons for hating The Dark World were more significant at the time than now. Teasing Thor losing an arm and Loki dying, only to play take-backsies, infuriated me. The tease suggested Marvel movies would finally have real consequences. (Phil Coulson’s death, the most significant prior, already got taken back on TV.) The reversal suggested Marvel would be like every other franchise and keep status quo. We now know beyond a doubt that isn’t true, and indeed that Frigga’s death proved more significant than it seemed then.

What remains a problem is the number of things that happen just because. The Convergence, which is the central conceit of the movie, gets no satisfactory explanation. Nor do Erik Selvig’s magic science spears used by Thor at the end. And speaking of Selvig, making him comic relief by having him suddenly become a nudist is cheap gag fodder that’s unnecessary. Look at the bit where Thor gets in the London Underground and interacts with a female fan — that’s good, situation and character-based comedy. “Woo-ha, the wacky foreign guy is naked!” is not. The final action choreography that plays out like a complex game of Portal is a joy…but might be even more of one if we knew exactly what rules governed it. I suspect the script clarified all these things and the editing destroyed it, but who knows?

So why defend a movie I’ve ably identified the major flaws of? Simple: it does more things right than wrong. When we last left Loki, he was an unadulterated villain. The Dark World critically moves his relationship with Thor into the “best of frenemies” territory on which the subsequent MCU depends. Jane absorbing the Aether is a passable metaphor for a girlfriend changing for the worse after you’ve gotten together. The aerial chase scene is as close to a Wind Raider assault on Castle Grayskull as we’re ever likely to see onscreen. And the subplot between Darcy and her himbo intern is charming, as is the most unlikely appearance of Chris O’Dowd as Jane’s new suitor. 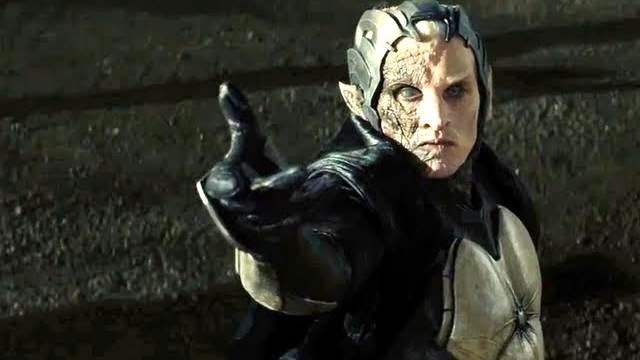 A good sequel should further the characters’ journeys, and this does. Save lackluster villains Malekith and Kurse, who are generic heavies, every one of the principals evolves somewhat. It’s also the only Thor movie that keeps Thor a powerful hero the entire time, building him up so future installments can tear him down. Once again, for religious audiences, we get non-subtle reminders that these characters are not gods and they use science.

So now we come to the issue of the 4K upgrade. The sound, first off, is excellent, particularly when flying vehicles whoosh by. I can hear everything without having to max out my TV’s volume. This is good. Visuals are a more mixed issue. In fully CG environments like the dark world itself, objects are sharp as can be. On Asgard, I can see little sparkles on Heimdall’s outfit. Asgard itself got more medieval and less weird, but it also looks like a real thing now rather than a Myst level.

Where it’s weaker is in scenes where reality and CG combine more. Malekith’s ship parked in London looks a bit off, and not as in-focus as it ought to be. And exposure on faces is still a bit of an issue. I suspect Tom Hiddleston is wearing a lot of make-up, but particular in shadows with natural light the exposure on Chris Hemsworth and Natalie Portman’s faces feels like digital smoothing. Especially since they’re not always like that. One could suggest their makeup or the lighting was inconsistent, but when backgrounds are sharp and just a couple of foreheads aren’t, that feels like a tech problem. 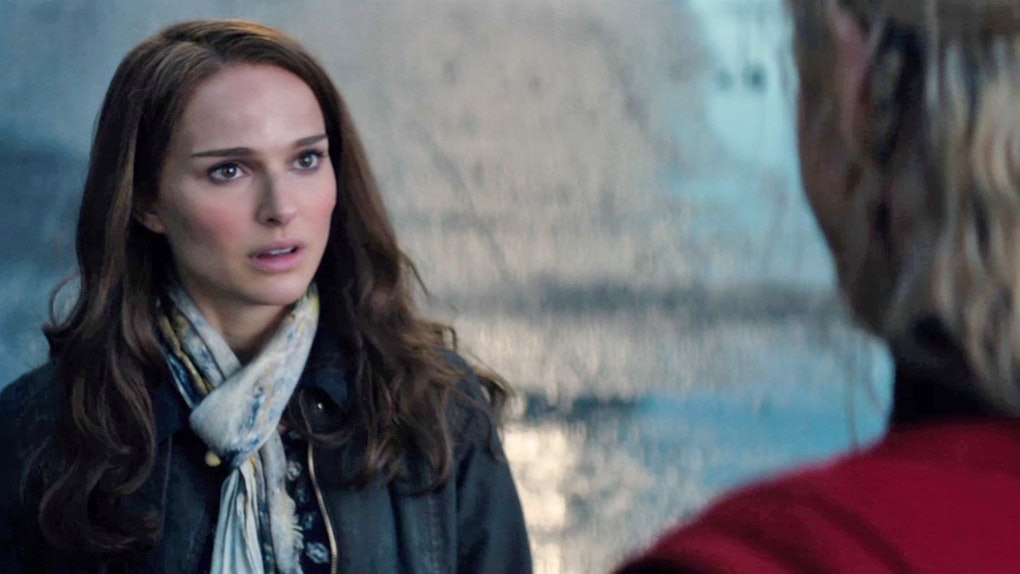 I know, having said this movie deserves more love, I’ve harped on the flaws. That’s so you know I know what I’m getting into. Let me also point out this is the only true Thor solo adventure (part one had Coulson, SHIELD, and Hawkeye) onscreen, and it’s essential we see him entirely in his own element without guest stars at least once. Ragnarok, and the Avengers 2-part finale, is able to be as good as it is because of the relationship heavy-lifting in The Dark World that makes Thor a character worth caring about.  It doesn’t just make the other Thor films better by standing beside them looking inferior. It does so by actively helping them be all they can (and want to) be.

Chris Hemsworth Thinks His Next Thor Appearance Could Be His Last

After spending more than a decade in the MCU, Chris Hemsworth feels that his time as Marvel's God of Thunder…
Movies 3 months ago

The gags are so big people forget there's more to it.
Movies 4 months ago

Thor: Love and Thunder – What Did You Think?!

It's time for the God of Thunder and the Goddess of Thunder to face the music as Superhero Hype invites…
Movies 7 months ago
Loading Comments...