When it comes to remakes, there’s a thin line between improving on the original, and keeping the essence of what made the story significant in the first place. Throughout the past decade, Disney has done a decent job of justifying its live-action remakes – for the most part. In essence, there has to be a reason to remake such a beloved series of films. Whether it is to modernize the characters or to add something new to the story, all of the Disney remakes thus far have interestingly updated themselves. As the next in these series of live-action remakes, The Lion King has a harder uphill battle than its predecessors.

The validity of this film being dubbed a “live-action” remake is questionable. Whereas all of the previous remakes feature live-action elements in some form, The Lion King is the only renaissance era Disney film without a single human character. As a result, it borders on being more of a shot-for-shot animated remake than a live-action re-interpretation of the classic animated film. It’s a rare distinction, but one that also makes the film feel obligatory in certain respects. Since the only justification for it is to update the technology used to make it, The Lion King is an interesting technical experiment. At the same time, it adds nothing to the story, which is unfortunate for such a significant technical accomplishment. 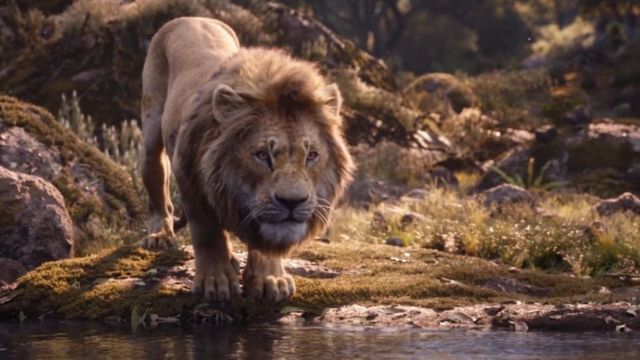 As a veteran of both effects films and Disney remakes, Jon Favreau brings a steady hand to the direction. The blocking and framing in the movie are excellent, and offer a much needed cinematic feel to the visuals. The digital choreography is impressive, even if it expands on many beats of the original. Similarly, Favreau also makes effective use of the frame by utilizing the fore, mid, and background in some ingenious ways. He’s going for an uber-realistic shooting style here, almost as if production took place on location in the Serengeti. While this hyper-realistic approach to the filmmaking works at times, it also detracts from the immersion of the story at others. Perhaps the best thing that Favreau brings to the table is the tonal balance. It blends dramatic elements that only sometimes work with comedic elements that almost always do.

Even though Favreau’s direction is active and compelling, the writing holds him back from crafting something different or even remotely original. Jeff Nathanson’s screenplay is not a complete copy and paste of the original, but it’s also not trying very hard to do anything different. The characterization and themes mostly remain the same, with minor tweaks. In general, the odd thing about the script in this remake is that – while thirty minutes longer than the original – it’s far less effective in most respects. 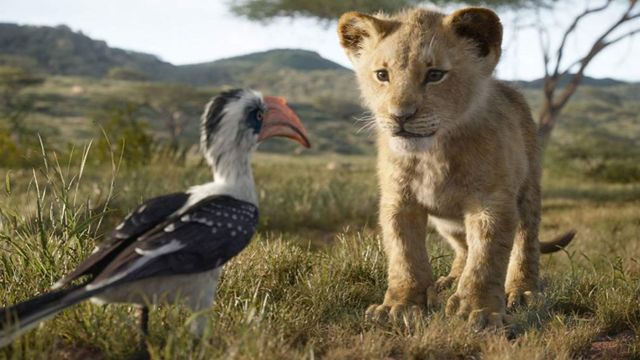 Despite this, the excellent voice cast manages to elevate the remake in unexpected ways. Most notably, Billy Eichner and Seth Rogen completely steal the show with their portrayals of Timon and Pumbaa. Ironically, they’re also the characters that have changed the most from the original. Either way, Timon and Pumbaa are the characters we never knew we needed in 2019 – they’re just simply the best. John Oliver’s casting as Zazu is also flawless, even though his distinctive voice is perhaps a detriment to his performance.

As the only returning member of the original voice cast, James Earl Jones is a welcome presence as Mufasa. The complexity of his voice has changed in the twenty-five years since the release of the original. Interestingly, this allows Jones to excel even further this time around because he sounds even wiser and more thoughtful. On the flipside, Chiwetel Ejiofor is perfectly cast as Scar. He brings a decidedly less exaggerated – but still impressive – performance that is more nuanced than Jeremy Irons’ was.

Both JD McCrary and Shahadi Wright Joseph’s performances as Young Simba and Nala are exceptionally adorable. But whereas the younger voice actors are impressive, the older versions of those characters are disappointing. Donald Glover is adequate as the older version of Simba, but Beyonce’s “acting” as Nala ultimately falls flat. While she is undoubtedly a great singer, she also isn’t believable as a voice actor. The casting is mostly hit and little miss, but the musical aspects of the story are ultimately well executed by the ensemble as a whole. 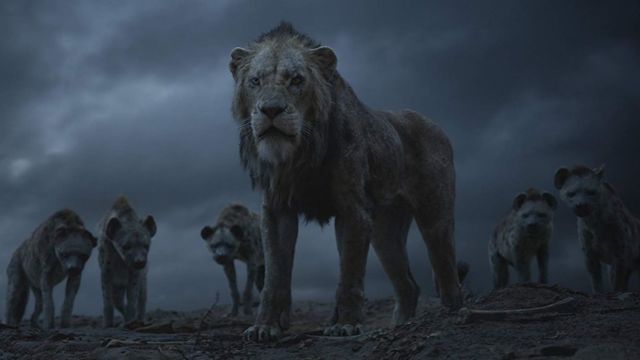 The photorealistic lighting technology that The Lion King uses is leaps and bounds above anything that we’ve ever seen before. It’s a downright beautiful film, at least in terms of technical craftsmanship and pushing the boundaries of the technology itself. The detailed renderings that the film provides are immaculate, even down to individual dust particles in the air. It builds upon what Avatar did in terms of near-photorealistic VFX technology while taking virtual production techniques to a whole new level. Surprisingly, the 3D adds a layer of depth and welcome complexity to the image. That isn’t to say that the 3D is essential, but it certainly enhances the experience.

Unfortunately, 2019’s The Lion King utilizes a decidedly flat color palette that relies heavily on classic steely blue and tungsten looks. The jungle scenes provide some pops of color here and there. But overall, the remake mostly strays away from the exciting color and lighting choices that made the original so visually dynamic. While most of the character designs are satisfactory, Pumbaa’s look is slightly off-putting, while Scar’s colorless redesign is underwhelming. Although the animation is top-notch, the facial expressions on the lion characters in particular fall victim to the uncanny valley.

Overshadowed by the Original 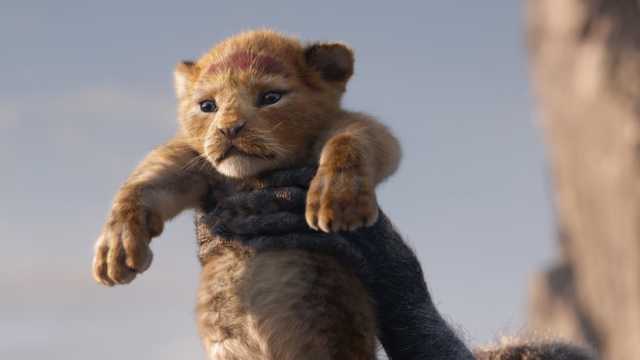 The fact that The Lion King remake is trying to be a “realistic” interpretation of a story that features talking animals can sometimes be off-putting. There’s something weird about hyper-real computer-generated animals that talk. It becomes an odd juxtaposition that the movie never really addresses. In terms of the realistic approach, the movie wants to have its cake and eat it too. It’s problematic, especially when the film betrays this realism that it works so hard to establish. In this respect, The Lion King manages to carry little heft in terms of both the emotional and physical stakes. In other words, it rings hollow because the film isn’t taking any chances whatsoever – it’s mostly just a rehash.

Aside from this, The Lion King remains a compelling tale about overcoming tragedy, among other things. The “circle of life” sequences that bookend the movie are still chill-inducing. Similarly, the Rafiki/Simba sequence late in the second act is still absolutely magical. The remake isn’t as “emotionally bankrupt” as some critics make it out to be, but it also has nowhere the same level of emotional resonance. By any other standards, this film would probably constitute an excellent remake. Notwithstanding this, 2019’s The Lion King remains a good story that’s well told. It just that – despite being visually arresting – it still happens to live in the ominous shadow of the superior original animated version.

The price of movie tickets remains high, with no signs of relief in sight. And if the kids want to…
Deals 4 days ago

Does the honor of Grayskull remain intact?
Geek Culture 2 months ago
Loading Comments...