Following the success of Spider-Man: Homecoming, the next sequel, Spider-Man: Far From Home, required a tricky balancing act. It had to live up to Homecoming and the legacy of Spider-Man 2 while avoiding the pitfalls of The Amazing Spider-Man 2. At the same time, it also had to service the larger MCU while telling a standalone story. That’s a nearly impossible number of elements to juggle. Yet Far From Home is at least partially successful in handling all of them.

Robert Downey Jr. helped carry the burden of launching Homecoming in the MCU. However, Far From Home thrusts Tom Holland solely into the limelight. One of the reasons that the MCU’s iteration of Spidey has become so successful is because Marvel understands what makes the character tick. The key to Spider-Man’s longevity is his ability to fit into almost any story. In Far From Home, the filmmakers doubled down on introducing new situations, characters, and locales to create a film that feels more different than any Spider-Man movie that’s come before. 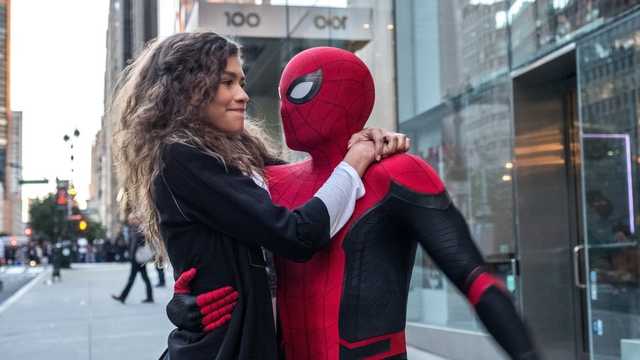 Homecoming director Jon Watts returned to helm Far From Home, and his direction in the sequel successfully captures the awkwardness and insecurity of Peter Parker’s high school experience. Watts once again proves to be an excellent choice for the more character-based material, but his action and visual storytelling are pedestrian at best. At its heart, the film is a coming of age situational comedy that happens to feature superhero elements. It also leans more heavily into the comedic aspects of the story than its predecessor. Therefore, it’s more playful and not always as compelling as it should be.

Fortunately, the chemistry of the cast is outstanding, and Far From Home has delightful character moments. The movie spends a decent amount of time building the friendship between Mysterio and Peter. As a result, it allows Jake Gyllenhaal to give a delightfully over-the-top performance. Gyllenhaal perfectly embodies all of the eccentricities and wackiness of Quentin Beck.  Tom Holland and Zendaya give the film its heart, while Jacob Batalon and Angourie Rice are absolute comedic gold. Jon Favreau and Marissa Tomei are also a delight, and the Happy/May relationship developments in the film are a highlight. Even Samuel L. Jackson manages to give a different kind of Nick Fury performance that really makes sense by the end. The characters in this movie were simply a joy to watch.

A Trip To Nowhere 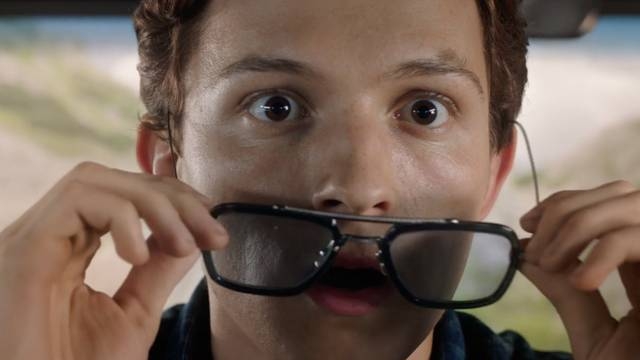 Chris McKenna and Erik Sommers’ script is heavy on both plot and character. It’s a jam-packed screenplay that barely gives itself time to breathe. Luckily, there’s enough wiggle room for all of the various elements and the structure is solid. But the film is far more effective as the end of “the Infinity Saga” than it is as a standalone. It progresses these characters and their relationships, but it takes a few shortcuts to get to that result.

Spider-Man: Far From Home isn’t concerned with explaining motivations, or even the more intricate plot points. Regardless, there’s enough on the page for the film to work even though the character arcs remain relatively stagnant. Peter learns a valuable lesson, but it doesn’t give him any significant amount of growth. In essence, Peter is the same person entering the film as he is leaving it. This is a problem, because he’s the titular character and he’s barely affected by the story until the closing seconds. 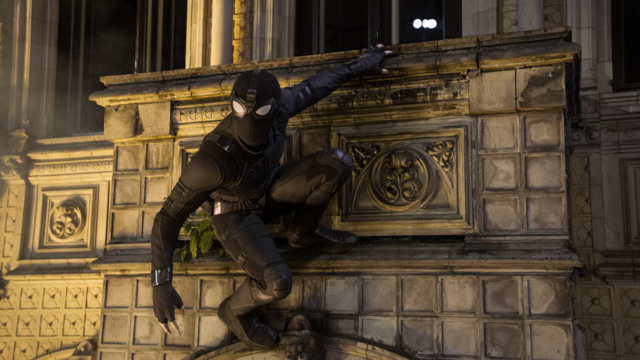 A large part of this film wrestles with the notion of legacy. Peter struggles to live up to the weight of Tony Stark’s expectations. Although he’s only glimpsed in photos and flashbacks, Stark looms large over the story in a way that’s undeniable. This presents Peter with the classic struggle between power vs. responsibility. At the same time, it also showcases the consequences of taking that struggle too lightly. But it comes off a slightly disingenuous because these themes are never truly explored. Similarly, there’s a lot of wasted potential when the film blurs the line between reality and illusion. It’s an idea that could have felt supremely prevalent in today’s media climate. And yet the film only seems interested in telling a surface-level story.

Except for one notable sequence late in the third act, there isn’t a truly memorable visual moment. Watts and cinematographer Matthew J. Lloyd seem far more interested in creating character beats and awkward visual comedy than in delivering memorable splash page-like moments. The effects are satisfactory, but the film lacks a real feeling of practical action. There’s one music cue in particular that is so rousing that it’s hard not to stand up and clap. It’s a great moment that brings the entire MCU full circle. The film’s soundtrack also provides a nice compliment to Michael Giacchino’s subtle, but excellent score.

It’s the Destination, Not the Journey 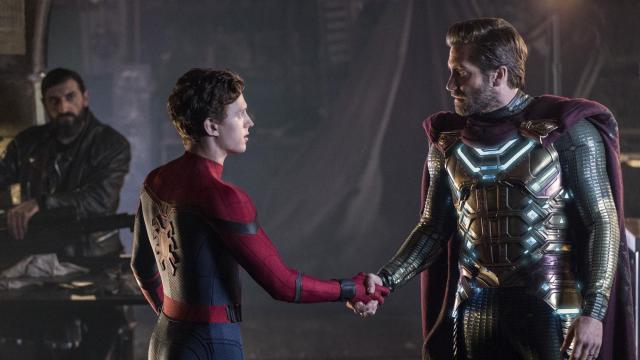 Far From Home features two post-credits scenes, one of which may change the very fabric of Spider-Man’s character. The movie plays fast and loose with Spider-Man’s secret identity, which is refreshing. On the other hand, these choices also have the potential to become hugely problematic in future installments. Despite some of these potential unresolved issues, Far From Home is a sturdy transition from Phase 3 to whatever may come next.

The film frames Spidey as the lynchpin of the MCU moving forward. But at the same time, Spider-Man: Far From Home is also a meditation on the past. On its own terms as a standalone flick, it’s not as successful. The film is far more exciting because of the future possibilities that it implies than the actual story itself. The destination is far more tantalizing than the journey it takes to get there. Regardless, the pacing is relentless, and it wastes no time kicking off the plot, which makes it a pretty breezy viewing experience. Ultimately, Far From Home isn’t as strong as its predecessor – or even Raimi’s Spider-Man 2 – but it is a worthy follow-up.

Although he's produced a handful of comic book adaptations himself, Seth Rogen says the Marvel Cinematic Universe isn't for him.
Movies 2 days ago

A real-life version of Scott Lang's memoir from Ant-Man and the Wasp: Quantumania is hitting bookstores later this year.
News 2 days ago

The comedian vs. the Conqueror.
Movies 3 days ago