(In anticipation of Avengers: Endgame’s impending release, we’re taking a look back at the entire MCU, entry by entry. Rather than doing straightforward reviews, our goal with this retrospective is to trace the footsteps of Marvel Studios in order to understand the decisions that were made along the way to becoming a Hollywood Powerhouse.)

As one of Marvel’s most iconic characters, Captain America is naturally an essential building block for the Marvel Cinematic Universe. The Captain America solo movie was also a crucial part of making the Avengers film a reality. When it came time to bringing the character to life in the MCU, there were great expectations that came with Captain America. Steve Rogers is very much a product of his time, which has sometimes made Captain America a bit of a static character.

RELATED: Chris Evans Picks His Favorite Moment As Captain America In The MCU

Fortunately, Marvel Studios had big plans to finally bring the definitive origin of the character to the silver screen. Interestingly enough, the development on what would become Captain America: The First Avenger goes back nearly a decade to 1997. Work on a proper adaptation was stalled for years due to a rights lawsuit involving Captain America co-creator Joe Simon. Nearly a decade later, Merrill Lynch’s 2005 cash-infusion helped Marvel get the film back on track. Writer David Self eventually came onboard to pen a new draft of the screenplay for the film. 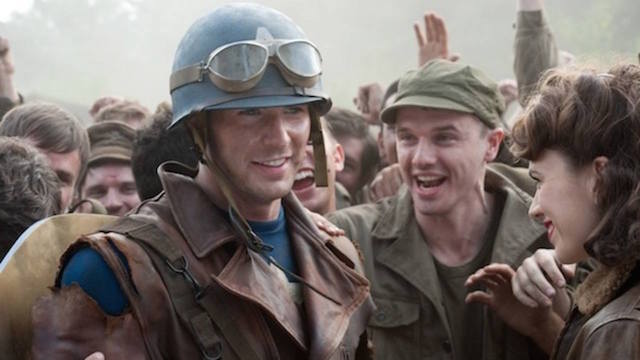 Originally, the plan was to have Captain America: The First Avenger be a stand-alone adventure. The film would have split time roughly 50/50 between the past and present timelines. While Marvel Studios was developing the script, it began searching for a filmmaker to helm the project. Jon Favreau and Louis Leterrier had expressed interest in the project at different points. However, Joe Johnston’s early meetings with Marvel in 2006 ended up shaping the direction that the film would take. Unlike other Phase One MCU movies, this film in particular required the abilities of a journeyman filmmaker. Johnston was a Lucasfilm veteran who worked on Star Wars and Raiders of the Lost Ark. He was also the director of October Sky and The Rocketeer. In 2008. he landed the gig.

After the 2007-2008 Writer’s Guild strike, the story had also transformed into more of a WWII-centric tale. As a result, screenwriters Christopher Markus and Stephen McFeely were hired for a page-one rewrite. Their script would eventually become hamstrung by having to set up a character that they couldn’t pay off in the short term. But their partnership paid exponential dividends for the MCU.

Carrying a Torch For Evans 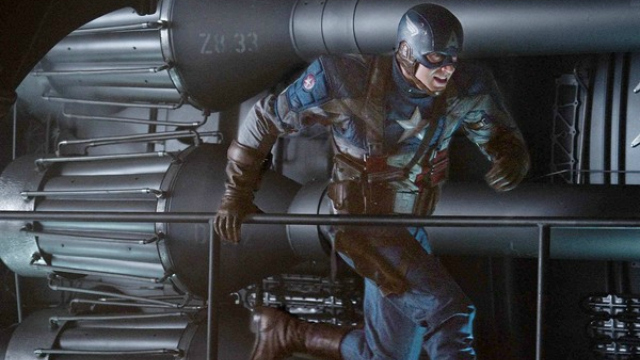 Now that the story had begun to take shape, Captain America: The First Avenger officially entered pre-production. The filmmakers turned their attention to the momentous decision of who would play Captain America. Marvel took their time in casting the role and landed on Chris Evans.  This was perhaps the MCU’s most endearing casting decision to date. Evans declined a meeting initially due to his reluctance to become another Marvel character after Fantastic Four. Ryan Phillippe and John Krasinski were also considered for the part, but it’s hard to imagine that they’d bring the gravitas to the role as Evans.

Evans  didn’t fully believe in the MCU at first, and he didn’t want to be tied down by a bad deal. However, it’s even harder to fathom the notion of how the MCU might be different if – as Evans put it – he ended up being too “chicken” to take up the challenge. Evans turned out to be the definitive version of Captain America. As the rest of the excellent supporting cast began to fill out, the movie entered production without any major hiccups. However, the post-production faced a key challenge ahead. 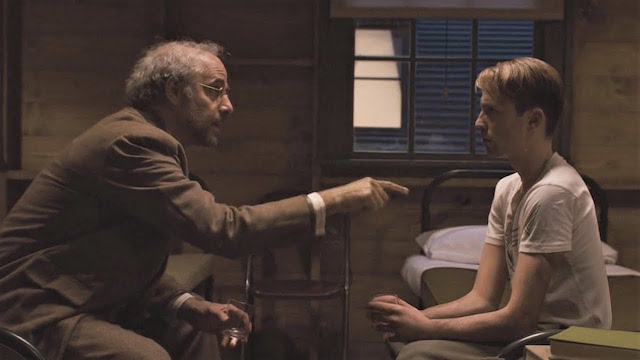 In reality, the film’s real triumph is the way that it seamlessly integrated the “digital plastic surgery” needed to sell Steve’s transformation in Captain America: The First Avenger. Evans only had time to bulk up for Captain America.  It took a little digital trickery to bring skinny Steve Rogers to life. The end result was unequivocally successful in making fans believe that the actor was a scrawny kid from Brooklyn. More importantly, the seamless feat of depicting a pre-super soldier Steve Rogers remains one of the MCU’s greatest achievements.

This trend of digitally de-aging actors would become more commonplace in Phase Two and beyond. However, Captain America: The First Avenger also marked a larger shift toward the massive amounts of VFX required to bring heroes to life. There were over sixteen hundred VFX shots in this movie alone. Visual effects had always been an important component in bringing the MCU to life from the start. But this movie in particular marked the first time that they had become crucial in aiding character development. 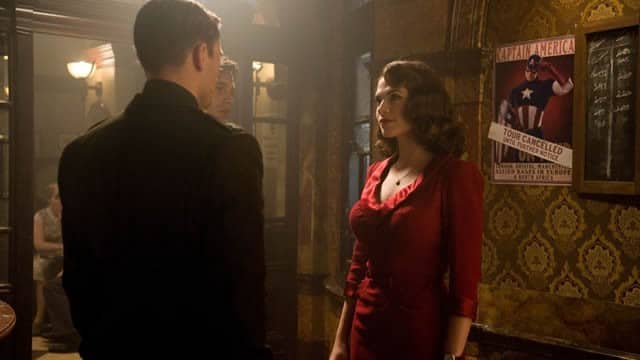 At the same time, the film really only covers a small part of Steve’s story, which makes it feel more like a series of glorified montages once the Captain America moniker comes into the fray. Despite having some of the best individual scenes with invaluable character work throughout, the film really only tells half of the story when it comes to completing Cap’s arc. Luckily, the payoff to Captain America: The First Avenger’s set-up came soon thereafter in the form of The Avengers. Aside from The Incredible Hulk, Captain America: The First Avenger is still the lowest grossing of all the MCU films to date, domestically. Ultimately, the fact that it fell victim to being what feels like a big Avengers set-up is the reason for this, even if the film remains highly instrumental for setting a baseline for Captain America moving forward.

Stephen Dorff has no interest in the MCU's "worthless garbage," and that includes the upcoming Blade reboot starring Mahershala Ali.
Movies 5 days ago

Screenwriter Jeff Loveness explains the key difference that sets Kang apart from his villainous predecessor in the MCU.
Movies 1 week ago

The studio behind Marvel's Avengers will cease all official support for the game by the end of this year.
Video Games 2 weeks ago
Loading Comments...