After experiencing one delay after another over the last 10 years, The Flash is finally zooming into theaters this fall. And to set the stage for Barry Allen’s first-ever standalone movie, DC has announced a new comic book tie-in. Starting in April, DC will release The Flash: The Fastest Man Alive, a three-issue miniseries set before the events of Warner Bros.’ upcoming film. It is also a Flash Movie prequel.

The Fastest Man Alive comes from writer Kenny Porter, with each issue showcasing the talents of a different artist. Ricardo López Ortiz will handle the first 48-page chapter, while Juan Ferreyra and Jason Howard will tackle issues #2 and #3, respectively. The last two installments are scheduled for release in May and July. Additionally, the series’ first issue will feature a variant cover by The Flash director Andy Muschetti. DC will also release a trade paperback collection of all three issues in October to coincide with the film’s premiere on November 4.

Picking up sometime after Justice League, The Fastest Man Alive finds Barry squaring off against the DCEU’s incarnation of Girder. In the comics, Girder was the villainous alter-ego of Tony Woodward,  a man whose body became living metal after falling into a vat of molten steel. Luckily, Barry is getting a much-needed assist from Batman. And judging by the book’s cover art, it’s going to be Ben Affleck’s version of the Dark Knight.

RELATED: Michael Shannon and Antje Traue May Return For The Flash

Here’s the official description from DC:

“In The Flash: The Fastest Man Alive, Barry Allen’s world-saving adventure with the Justice League has driven Central City’s favorite son to become a truly skilled and inspirational Super Hero. But when a new threat by the name of Girder emerges in Central City, Barry turns to Batman for advice on training to master his powers. Under the Dark Knight’s tutelage, The Fastest Man Alive will have to find a way to defeat this metallic menace or be crushed by Girder’s strength!”

The Flash: The Fastest Man Alive #1 hits comic shops on April 26. You can view Max Fiumara’s full cover for the first issue below.

Are you excited to check out the new series this spring? Let us know in the comment section below! 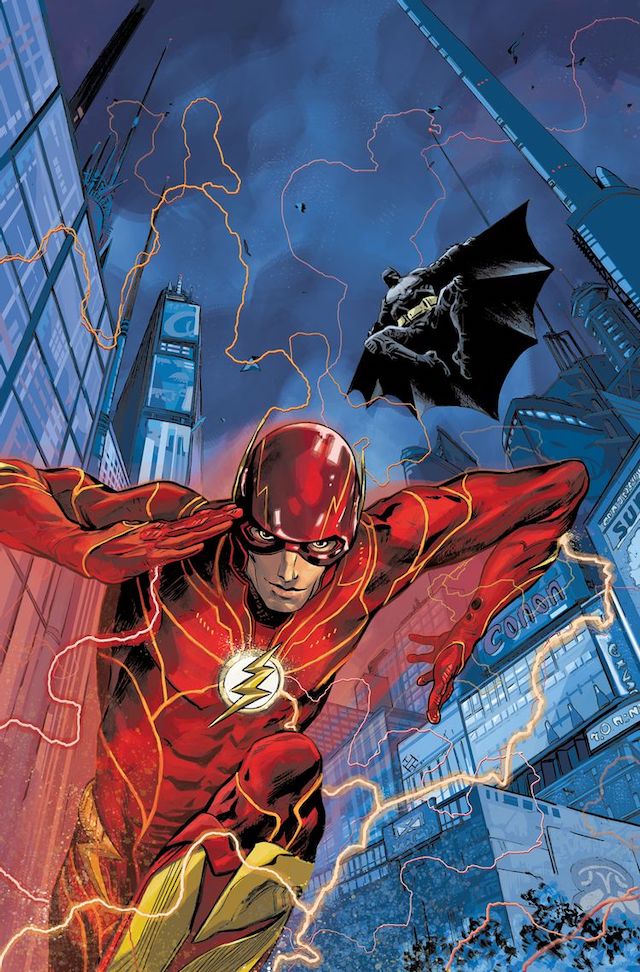 Can Barry Allen write his own happily ever after? It's not going to be that easy in The Flash season…
TV 1 week ago

Report: Ezra Miller May Remain In the DCU After The Flash

A new report suggests that Warner Bros. executives are willing to keep Ezra Miller in his role as Barry Allen…
Movies 4 weeks ago
Loading Comments...