For the penultimate episode of She-Hulk: Attorney at Law, Marvel Studios finally gave fans the Daredevil guest appearance that has been teased for months. That episode also the live-action debut of Leap-Frog, an obscure “hero” who is more commonly known as Frog-Man n Marvel’s comic book universe. Now, a few days ahead of the She-Hulk finale, Leap-Frog, Matt Murdock, and Daredevil have all gotten character posters for the series.

Brandon Stanley’s Eugene Patilio gets the first poster as Leap-Frog, although the poster neglects to include the hyphen in his codename. In the comics, Leap-Frog was the villainous alter ego of Eugene’s father, Vincent. Eugene became Frog-Man to redeem his father’s legacy. But in both incarnations, Eugene absolutely sucks at being a hero. He also lacks the moral compass that would have kept himself from kidnapping Luke Jacobson to force him to make a new suit. 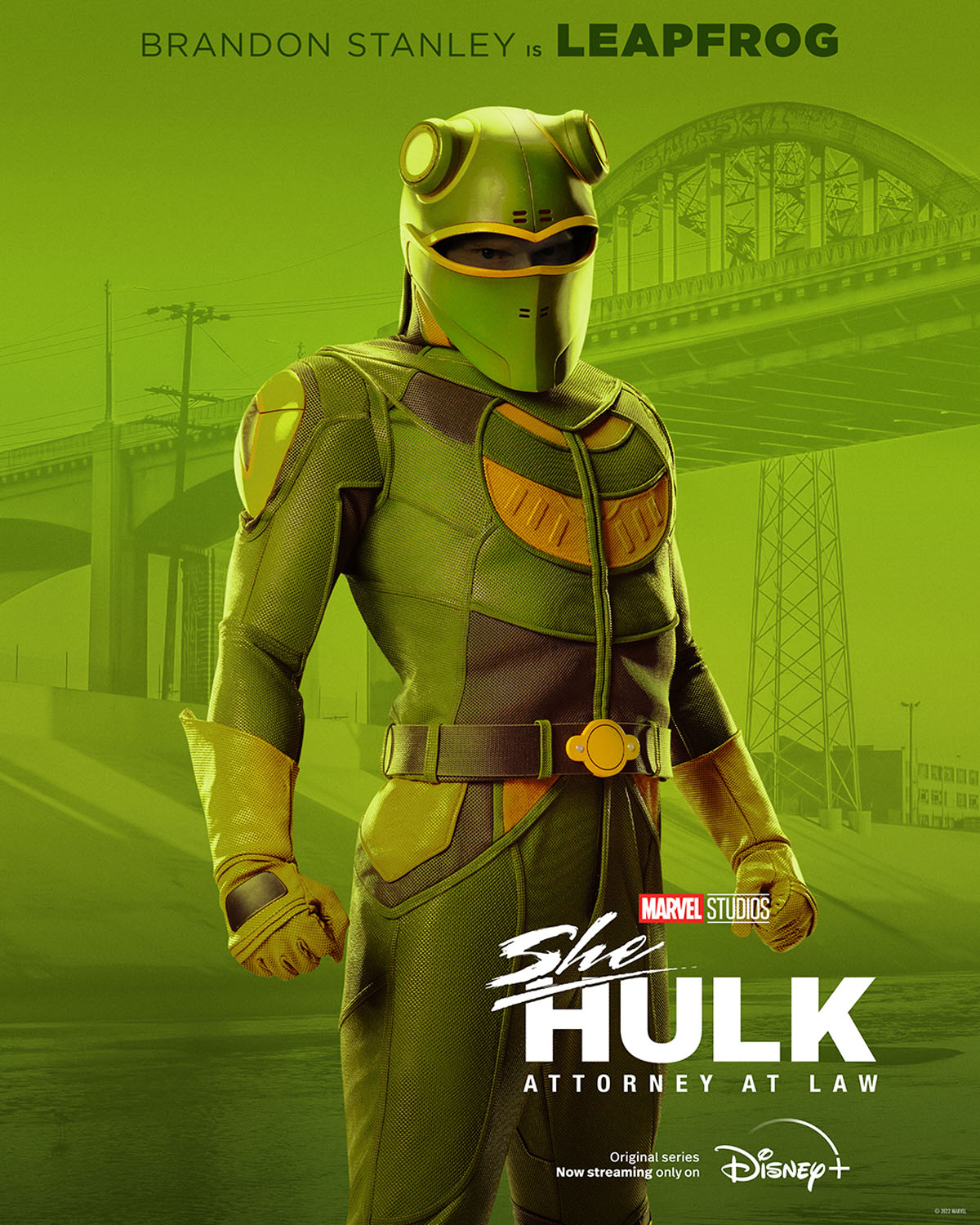 RELATED: She-Hulk: Attorney at Law Episode 8 – What Did You Think?!

Charlie Cox’s Matt Murdock has the second new character poster of the week. And he looks very much like he did in the Daredevil series produced by Netflix. Because people still seem to be confused by this, it should be noted that Netflix did not make the previous show. It was produced by Marvel Television for Netflix, a few years before all of the new Marvel TV shows were folded into Marvel Studios’ hands. That’s one of the reasons why all of the Marvel Netflix heroes are back in play. 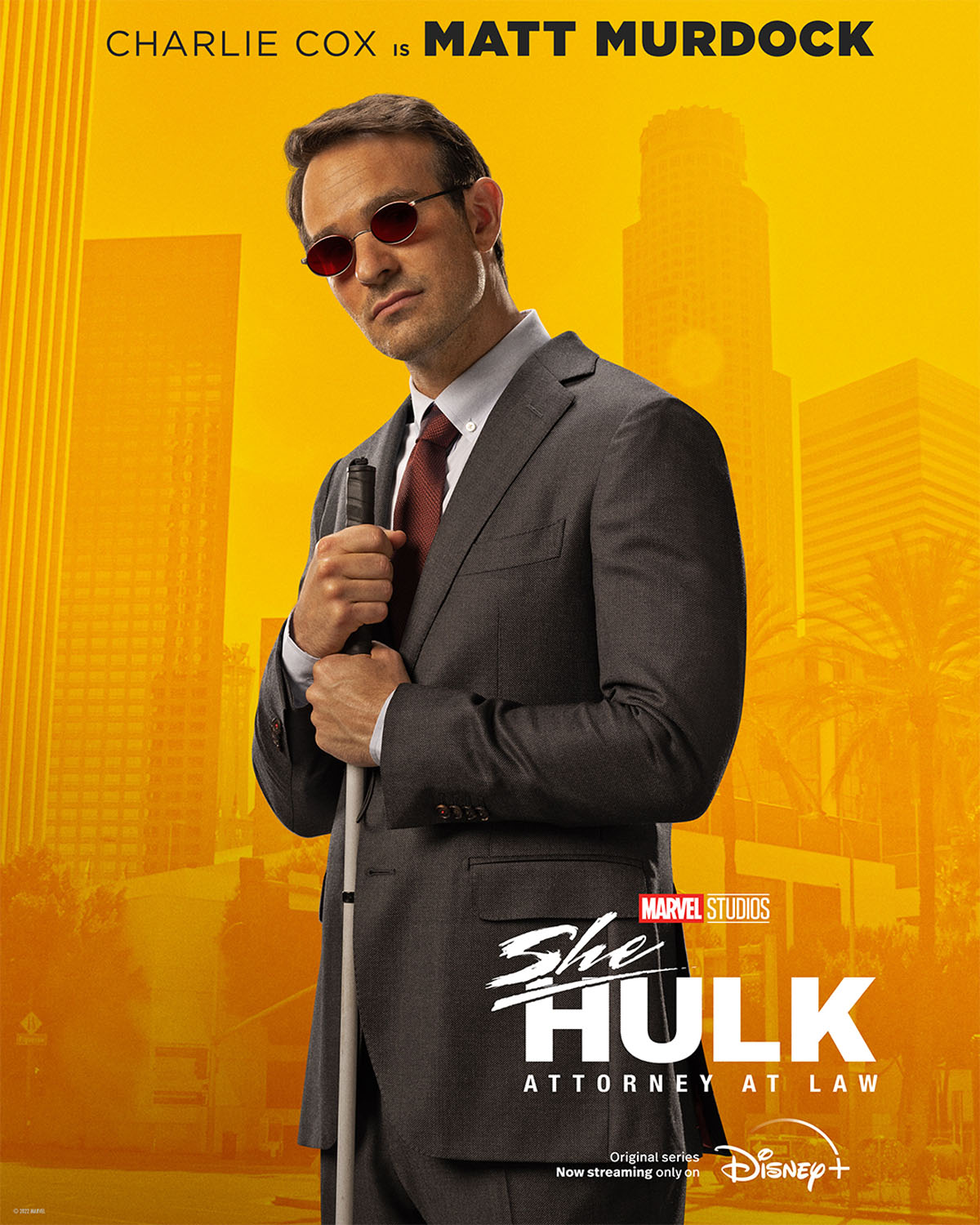 And finally, the last poster of the week doesn’t say “Charlie Cox is Daredevil.” It says “Matt Murdock is Daredevil.” It resembles the costume that Matt first wore in the comics all the way back in 1964. For the record, it only lasted six issues before the classic red suit was introduced. 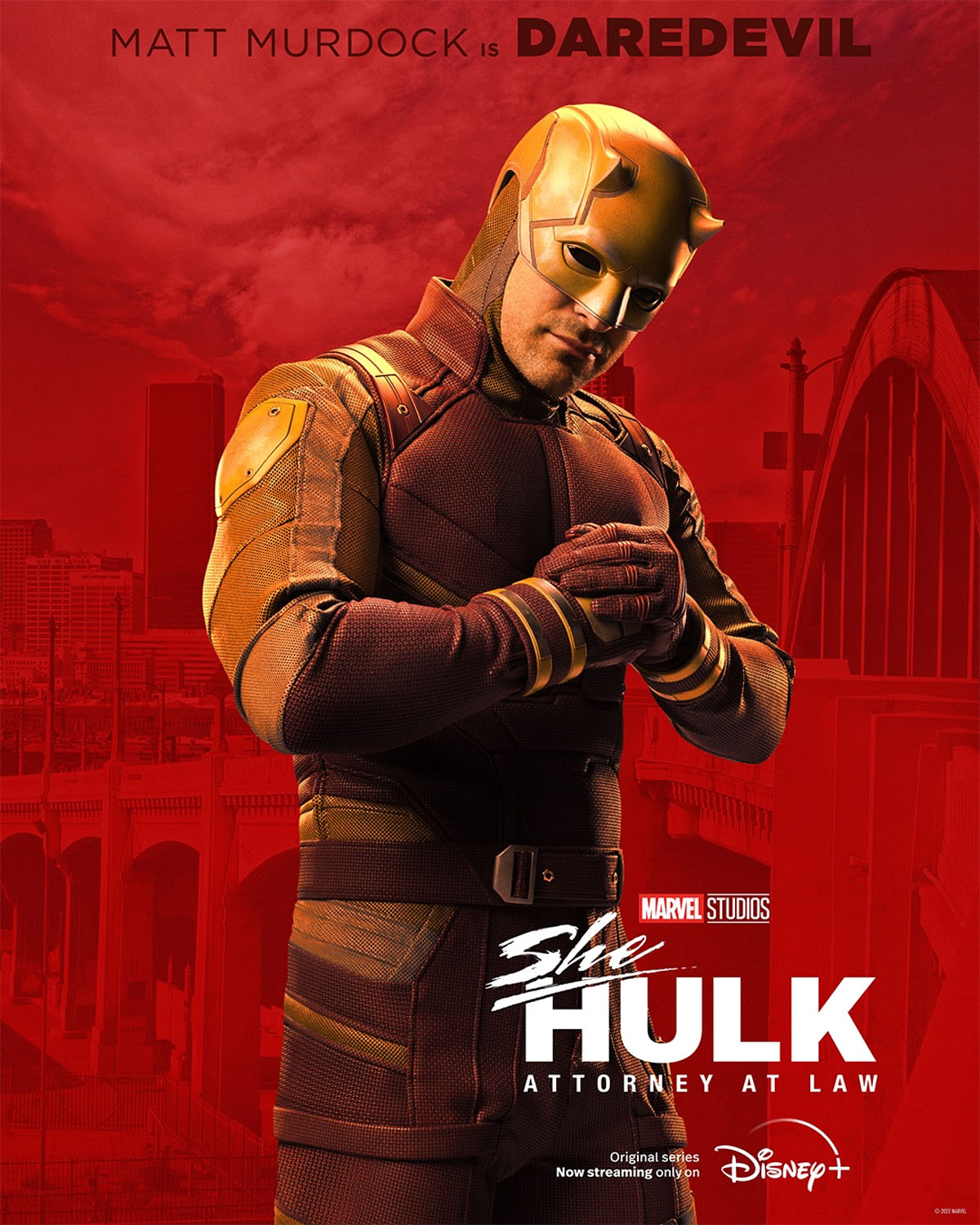 It’s unclear if Matt will continue to wear this costume in Daredevil: Born Again in 2024. But we may find out sooner when Cox appears next year in Echo.

The season finale for She-Hulk: Attorney at Law will premiere on Thursday, October 13 on Disney+.

What do you think about the new posters? Let us know in the comment section below!