It’s been a while since fans heard some news from the Pacific Rim universe. The franchise is currently developing an anime-style adaptation that will debut on Netflix. A lot of details about the story are still under wraps, but it seems that the animated series will expand upon the story of the 2013’s blockbuster movie and its sequel, Pacific Rim Uprising. And now, Netflix has released the first look at the protagonists (above): two siblings, in an idealistic teenage boy and his naïve younger sister. They are looking for their missing parents while piloting an abandoned Jaeger across a hostile landscape. Of course, they will meet a lot of Kaiju across their path.

You can check out the first look at Pacific Rim: The Black‘s Kaiju here below. 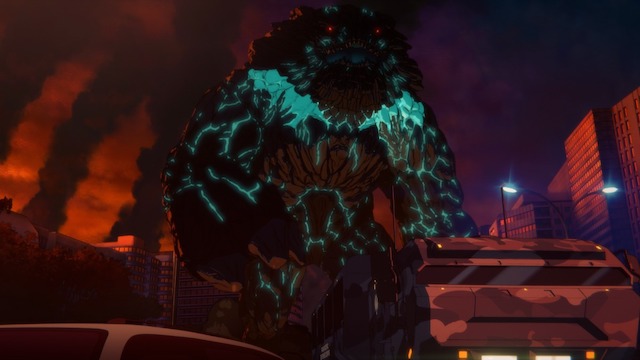 The streaming service has yet to release an official synopsis for the show. Craig Kyle (Thor: Ragnarok) and Greg Johnson (X-Men: Evolution) will serve as showrunners for the Legendary Entertainment production. While Netflix is currently canceling plenty of live-action series, animated shows are living their moment of glory. The streaming service has recently ordered a new Godzilla anime series, among many other exciting new contenders.

Netflix hasn’t announced the official release date for Pacific Rim: The Black, but it should hit the streaming service somewhere in 2021.

What do you think about the first look at Pacific Rim: The Black? Will you give this show a shot? Let us know in the comments section below.

Monkey D. Luffy stands alongside his pirate crew in the first look at Netflix's upcoming live-action One Piece series.
TV 4 days ago

The director behind the original Cowboy Bebop anime wasn't impressed when he saw Netflix's live-action remake of his beloved show.
TV 7 days ago

The 2023 Netflix film slate has been unveiled, with a teaser trailer that has the first look at Damsel and…
Movies 2 weeks ago
Loading Comments...