Kevin Smith is bringing his comic book expertise to Quibi. During today’s virtual New York Comic Con festivities, Smith hosted a panel for Slugfest, an upcoming docuseries that examines the decades-old rivalry between Marvel and DC. Smith also revealed that he’s narrating the new series, and even premiered its very first episode.

Slugfest is based on author Reed Tucker’s 2017 book of the same name and counts Avengers: Endgame directors Joe and Anthony Russo as two of its executive producers. The Russos were also joined on the panel by directors Don Argott and Sheena M. Joyce, actor Brandon Routh, and comic legends Jenette Kahn and Jim Starlin. In addition to talking about their work on the series, the filmmakers also revealed new key art, which you can view below.

The first episode picks up where it all began, with Jerry Siegel and Joe Shuster’s creation of Superman in 1938. A few years later, after Look Magazine recruited Siegel and Shuster to write a story where the Man of Steel single-handedly wins World War II, Timely Comics (a precursor to Marvel) set out to create their own patriotic superhero. The episode features interviews with Tucker, Batman movie producer Michael Uslan, comic book historian Alex Grand, and more. It even goes the extra mile by reenacting the moment when Joe Simon and Jack Kirby got their inspiration for Captain America, with Routh starring as Simon. Kirby and Simon’s grandchildren show up to provide some extra historical context as well.

Slugfest will hit Quibi on November 9.

You can watch the full NYCC panel below. The show’s first episode starts at the 20-minute mark. Will you be watching the series when it premieres? Let us know in the comment section!

Recommended Reading: Slugfest: Inside the Epic, 50-Year Battle Between Marvel and DC 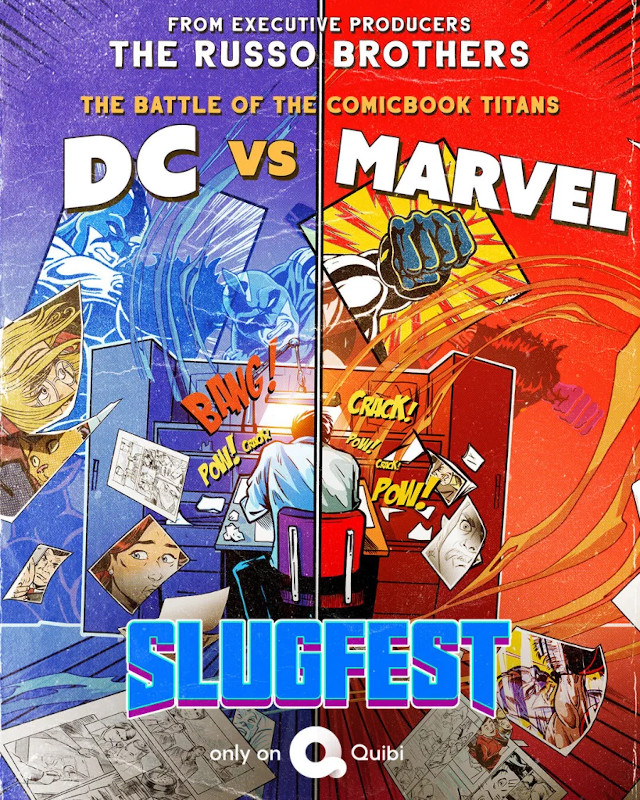 The Russo Bros.’ Marvel vs. DC Documentary, Slugfest, Will Premiere This Month

Following the death of Quibi, The Roku Channel sets a Christmas Eve premiere for Slugfest, and debuts a new trailer…
TV 1 year ago

Anthony and Joe Russo will adapt Slugfest: Inside the Epic, 50-Year Battle between Marvel and DC as a shortform series…
TV 3 years ago

Comic-Con International has posted the schedule for Saturday, July 22. You can view the full schedule here and below are the…
News 6 years ago

50 Cent is Producing a Trill League Animated Series For Quibi

Curtis "50 Cent" Jackson is teaming up with Jameel Saleem and Anthony Piper to develop an animated series based on…
TV 3 years ago
Loading Comments...