Warning: There are spoilers ahead for Black Adam’s mid-credits scene!

Although Dwayne Johnson basically hinted at it for weeks, the return of Henry Cavill’s Superman was still the most-talked-about moment in Black Adam. This marks the first time that Cavill has put on the cape since Justice League in 2017. And recent reports indicate that the Warner Bros. Discovery regime is actively developing a new movie for Cavill’s Man of Steel. That’s impressive considering that Cavill’s cameo was filmed last month. Now, in a new interview for The Hollywood Reporter’s Behind the Screen podcast, Black Adam cinematographer Lawrence Sher explained how it all came together.

According to Sher, director Jaume Collet-Serra filmed Johnson’s half of the scene on the final day of additional photography. At that point, Cavill’s return had not yet been cleared. So a body double for Cavill’s Superman was used in his place, but his face remained obscured in this version.

“Watching an actor come out of a full silhouette into that, was actually goosebumps,” noted Sher. ‘”Wow, this is 100 percent going to work. Now they need to figure out if they can get the guy with the head to be there.’”

Sher also revealed that the Cavill-less mid-credits scene was actually tested for audiences.

“I went to a test screening … in which they did the version without his head … and it played gangbusters,” recalled Sher. “Then it was like, ‘Now we got to get Henry.’” 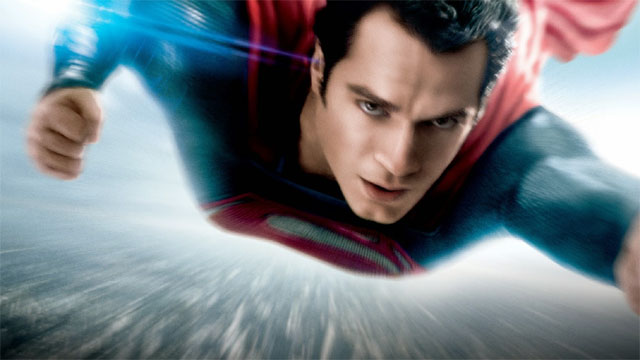 As previously reported, former DC Films chief Walter Hamada vetoed Cavill’s return. In response, Johnson sidestepped Hamada and won the approval of Michael De Luca and Pamela Abdy, the executives in charge of Warner Bros. Pictures. From there, the deal with Cavill was made, and he filmed his side of the cameo in London last month. While Sher wasn’t present for the actual filming of Cavill’s scene, he raved about the actor’s presence in the role.

“There are certain people that are iconic as the characters that they play, and he’s really one of them,” said Sher.

Black Adam is out in theaters now.

Was Henry Cavill’s return as Superman the best part of Black Adam? Let us know in the comment section below!

We are also a participant in the Amazon Services LLC Associates Program. This affiliate advertising program also provides a means to earn fees by linking to Amazon.com and affiliated sites. Also. However.

Co-CEO James Gunn has addressed the recent backlash to the news that Henry Cavill will no longer play Superman in…
Movies 2 months ago
Loading Comments...