In just over four months, Avatar: The Way of Water will finally hitting theaters after years of delays and setbacks. But before the long-awaited sequel arrives, moviegoers can revisit the original groundbreaking film that captured their imaginations more than a decade ago. Ahead of Avatar’s re-release next month, director James Cameron has premiered a brand new trailer for the movie’s return to the big screen.

There isn’t any new footage present. But the trailer does promise to give audiences the chance to experience the movie “the way it was meant to be seen” by presenting it in 4K HDR. In other words, viewers can fly high over Pandora’s colorful vistas and explore its environments with enhanced clarity and better sound. The film will also be available to watch in all major formats, including 3D.

Before our next chapter begins, experience Avatar in remastered 4K 3D HDR in theaters September 23rd for a limited time. pic.twitter.com/hjSaKNFXkl

Producer Jon Landau previously confirmed Avatar‘s re-release when announcing The Way of Water’s title at CinemaCon earlier this year. The engagement also gives Avatar the chance to widen its lead over Avengers: Endgame as the highest-grossing film of all time. Although Endgame surpassed the movie’s record near the end of its own theatrical run in 2019, Avatar ultimately reclaimed the box office crown for itself in 2021 thanks to a Chinese re-release. Presumably, this is also why Disney+ has temporarily removed Avatar from its streaming library, even though that and Endgame are both Disney releases now.

Avatar will return to theaters for a limited time starting on September 23. It will be followed by Avatar: The Way of Water on December 16.

Will you be catching one of the film’s upcoming screenings next month? Let us know in the comment section below! 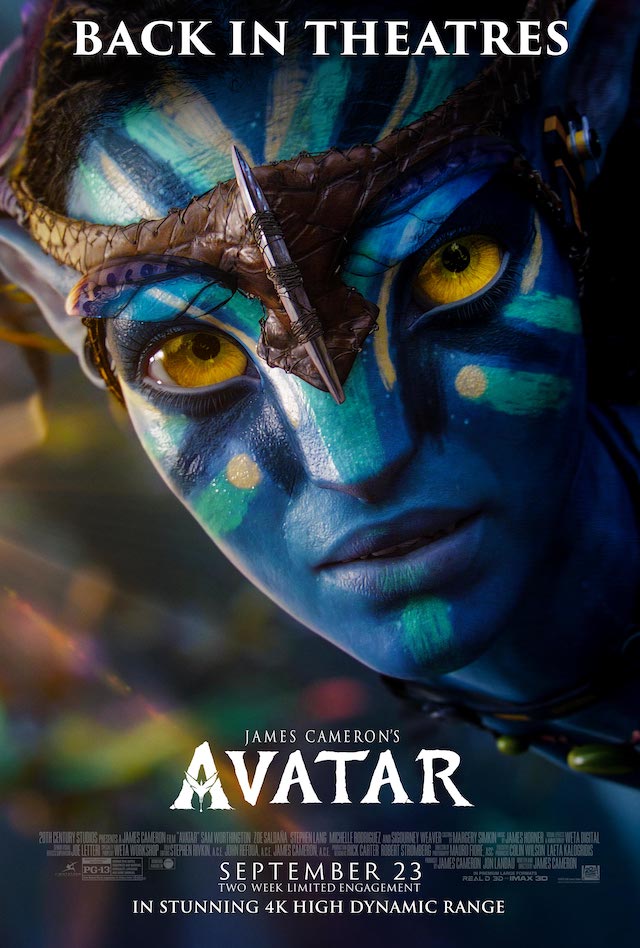 Hit-Monkey will return for a second season on Hulu, but without the familiar branding of Marvel TV.
TV 2 days ago

In its seventh weekend at the global box office, Avatar: The Way of Water passes another milestone and becomes the…
Movies 5 days ago
Loading Comments...