20th Century Studios just has debuted a brand new trailer for the upcoming Free Guy movie. Now that the film is finally out of the holding pattern for release, the producers have also announced that the movie will hit theaters in August. The new promotional material features plenty of fresh footage featuring Reynolds’ Guy, a nonplayer character in a video game set in a Grand Theft Auto-like world. Guy’s life changes after he meets Jodie Comer’s Molotov Girl, who shows him his real condition. Among fantastic pop-culture references (including The Matrix), the story will follow Guy’s attempt to save his world before its creators shut it down.

You can watch the official Free Guy trailer in the player below.

Shawn Levy directed the movie from a story Matt Lieberman and a screenplay by Lieberman and Zak Penn. The official synopsis of Free Guy reads.

“A bank teller who discovers he is actually a background player in an open-world video game decides to become the hero of his own story…one he rewrites himself. Now in a world where there are no limits, he is determined to be the guy who saves his world his way…before it is too late.“ 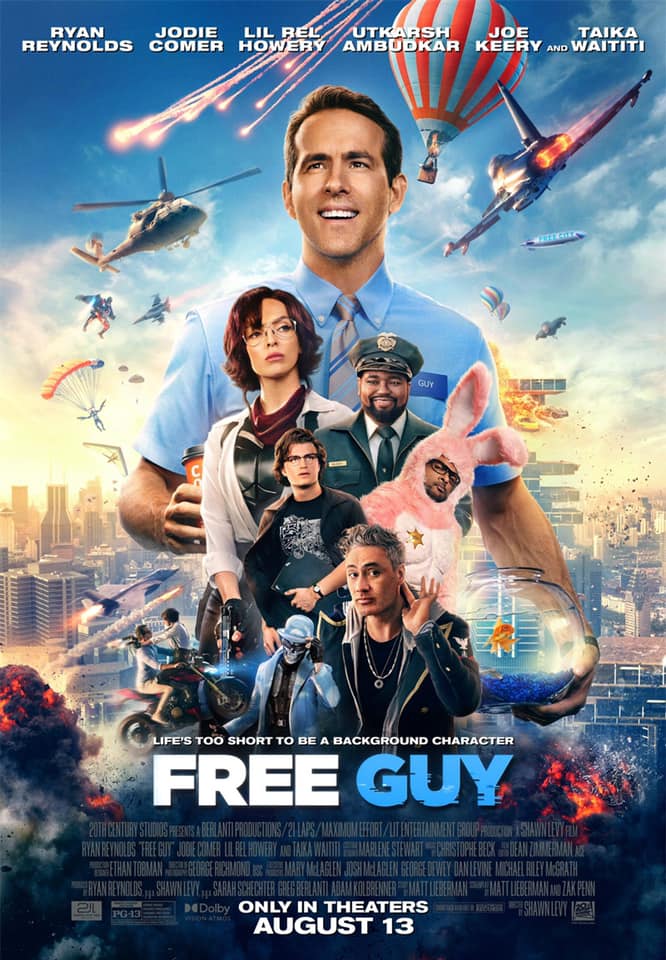 What do you think about the official Free Guy trailer? Let us know in the comments section below.

Ryan Reynolds is reuniting with director Shawn Levy on Marvel's highly-anticipated Deadpool sequel, which finally brings the character into the…
Movies 11 months ago

The Adam Project thrives on the central conceit of a kid and his older self sassing each other, each with…
Movies 11 months ago

Free Guy Will Arrive on Disney+ In February

After a successful box office run, Ryan Reynolds' Free Guy is coming to streaming in February 2022 at its new…
Movies 1 year ago