Exciting events have marked the last week for the Black Adam fans. First, Black Adam leading star and producer Dwayne Johnson revealed a Johnny Cash quote in the movie script. Pierce Brosnan got cast as Dr. Fate. And just now, Johnson took to his socials to announce the official release date for the film. As many have already imagined, the upcoming DC Extended Universe movie will debut next year. The former WWE performer shared a promo for the film on Instagram, adding that it is coming on July 29, 2022. According to The Rock, “the hierarchy of power in the DC Universe is about to change.”

Per the producers’ plans, the movie will debut directly in theaters and not on any streaming platform. While it’s hard to say if the ever-changing COVID-19 situation will allow us to watch it in theaters, fans can always hope that the situation will improve between now and July 2022.

A few minutes later, after the actor shared the debut date, an official poster has made its way online. It features the logo and the date release. You can take a look at it here below. 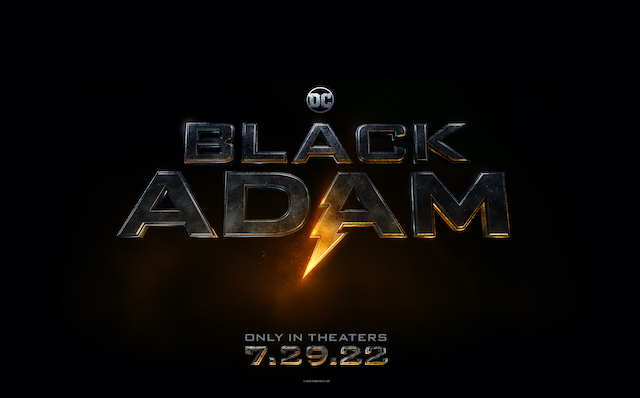 Do you think that we will see the Black Adam movie in theaters? Let us know your guess in the comments section below.

A brand new poster for Shazam! Fury of the Gods has been released ahead of tomorrow's trailer reveal.
Movies 1 week ago