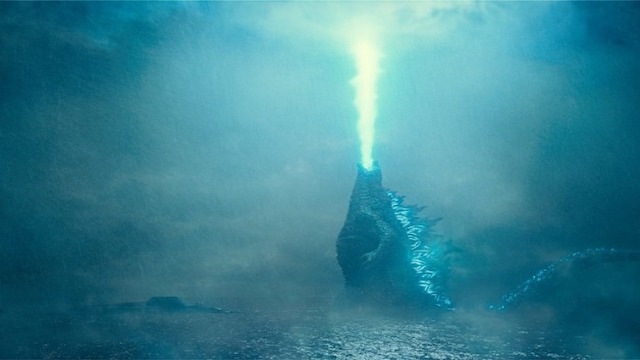 Welcome to Weekend Watch, a recurring feature where we highlight some of the best geek-related videos around the web. Whether it’s short films, behind-the-scenes clips, video essays, or top 10 countdowns, the only requirement is that they are about our favorite geeky topics!

In this edition of Weekend Watch, we’re digging into the history and origins of “The Big G” to celebrate the release of Godzilla: King of the Monsters. With the stage now set for 2020 upcoming monster mash-up, Godzilla vs. Kong, there’s no better time to delve into the illustrious history of the titular character. We’ll start with a series of videos that explain Godzilla’s origins, his expanded history, and the true story behind the character. After this, we have a pair of videos that delve into the evolution of Godzilla’s visual design and powers.

Up first, we have a video from IGN that takes a brief look at the origins of Godzilla. Starting with the birth of the character as a metaphor for the nuclear age, it runs through the many eras of Godzilla lore. We also get a glimpse of Godzilla’s many foes throughout the years. Overall, this video serves as a quick refresher for the uninitiated.

Up next, we have a video from Variant that runs through the history of the character in a more detailed fashion. Even though this video was created around the release of 2014’s Godzilla, it’s still a great recap of his history. Along with further detailing his creation and origin, it also breaks down Godzilla’s various comic book runs.

This video essay from Now This Nerd breaks down the long and storied evolution of the character. Although he certainly wasn’t the first Kaiju, Godzilla is certainly the most recognizable. The video covers the humble beginnings of the character by offering some insight into the making of the 1954 classic. It also covers the 1956 American re-release of Godzilla, as well as various eras thereafter. The dreaded 1998 film is also discussed, along with some of the more recent entries in the long-running franchise.

Getting even more specific into the history of the character, this pair of videos from DangerVille explores the visual changes to the design of the character throughout the decades. In particular, two of his most iconic features are detailed here – Godzilla’s Spines & Atomic Breath. As one of the most re-designed characters of all time, Godzilla has seen many visual interpretations. Consequently, both his atomic breath and spines have naturally evolved throughout the different eras. Both videos do a great job of pointing out the subtle changes behind his many iterations.

All Monsters In The Godzilla & Kong Monster-Verse

Shifting to the modern interpretation of the character, this video from Mr. Sunday Movies looks at all the monsters in Legendary’s Monster-Verse. Including King of the Monsters, the video details every monster introduced thus far, in order of release. It’s a humorous refresher on everything that’s been built up in this shared universe leading up to the aforementioned Godzilla vs. Kong.

The Importance of Godzilla: King of the Monsters

Next, this video via Up From the Depths takes a look at the importance of King of the Monsters. It argues that the latest film is a milestone in the franchise from a personal, singular perspective. That said, it provides valuable insight into why the character has managed to capture such a hardcore fan base over the decades. While the final film may have varied results, this video argues that King of the Monsters might very well be a watershed moment in terms of popularizing the genre for American audiences.

Finally, we’ll close things out with an excellent interview via Collider with King of the Monsters co-writer/director Mike Dougherty. Multiple aspects of the production are covered, including conceiving the story, casting, influences, and much more. The director also addresses fan expectations, along with giving an overall insight into his experience making the epic monster movie. Additionally, Dougherty discusses some of his other genre work along with assessing the state of genre film in general. Most importantly, he also assesses the possibility of a sequel to his cult-classic film Trick r’ Treat.

What are your thoughts about King of the Monsters? How does it stack up against the rest of the Godzilla movies? Make sure to let us know in the comment section below!

The Witcher: Blood Origin Featurette Previews the Conjunction of the Spheres

A new inside look at The Witcher: Blood Origin offers a fresh glimpse at the Continent as it existed 1,200…
TV 2 months ago

Netflix Teases a New Gamera Project is Coming in 2023

More than 15 years after his last film hit theaters, Gamera the Giant Monster will star in a new mystery…
Movies 3 months ago

Jason Fuchs and Brad Caleb Kane have signed on to spearhead the upcoming It prequel series that examines the origins…
TV 3 months ago
Loading Comments...