Do fans want a full Dungeons & Dragons toy line from Hasbro? Hasbro would certainly be happy if they did, as they own the rights without need for licensing fees. But without a cartoon, or a movie (yet), is a role-playing game — and its spin-off novels — enough? Drizzt is the test. Exclusively through Hasbro Pulse, the company has released an initial test figure, loaded with extras, to see what the market might be. Since it came out around Christmas and is still available, that may not bode well. But the figure itself shouldn’t disappoint. 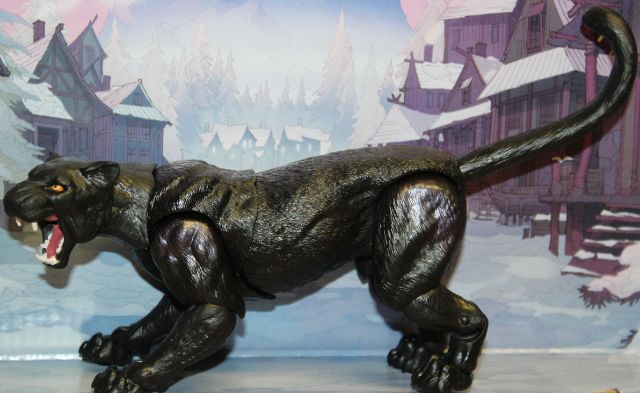 Perhaps it’s more accurate to call this a two-pack, as Drizzt’s panther Guenhwyvar is a fully articulated panther as large as he is. As articulated as any of Mattel’s recent Battle Cat figures, Guenhwyvar (which I presume is pronounced “Guinevere”) has ball joints at the upper neck, lower neck, and mid-torso, as well as limited ball-joint hips, and disc/pin ball joints at the tail, “elbows,” “knees,” and ankles. Hinge joints on the jaw and the rear hind mid-calf. Sculpting detail shows ribcage detail through the fur and musculature on the legs and chest. The mostly black paint job includes metallic purple highlights for that extra shiny coat look. 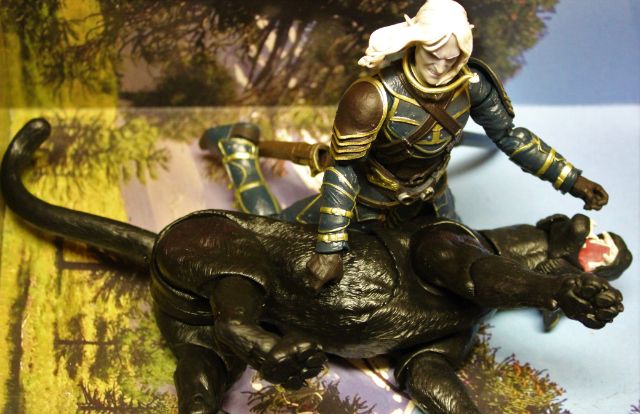 Drizzt began life as a last-minute character creation in a spin-off novel, but the Dark Elf has since become popular enough to headline his own long string of books. The figure is smaller than standard Hasbro Marvel Legends scale, and closer to their short-lived Overwatch line. However, Dark Elves are meant to be a bit shorter than humans, so that tracks. 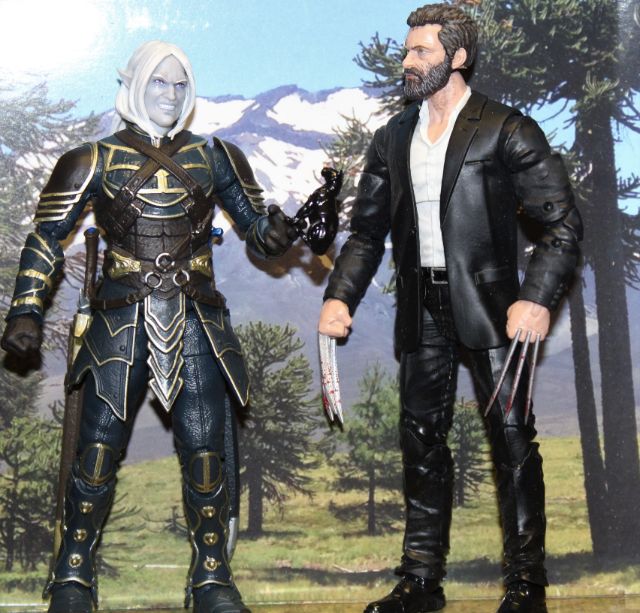 Drizzt comes with alternate hands — one set for sword-wielding, and the other with a right fist and left grasp. The grasping hand can hold the small panther idol he also comes with.

His swords, named Icingdeath and Twinkle, fit into scabbards at his waist, or into his hands. In action they also feature magical translucent flame effects. Hasbro’s gone big on translucent effects pieces in recent lines like Power Rangers and Overwatch. And for a magic-heavy line like D&D potentially will be, it makes sense. 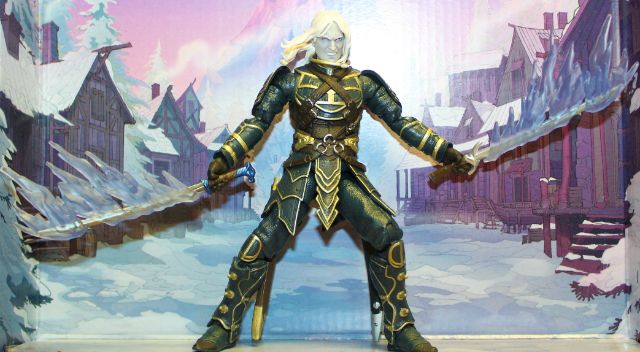 A new gimmick is that not only does Drizzt have interchangeable heads, but he also has switch out hair, which secures via a tab in the head and his pointy ears. Dynamic and static hair, along with happy and serious heads, allows for four possible portrait combos. 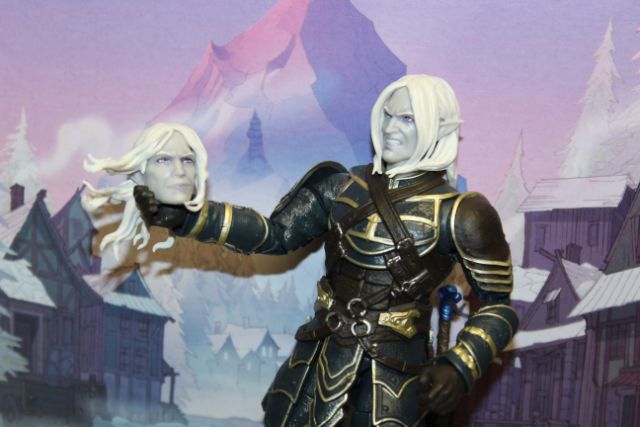 His removable cape and necklace work better with the straight hair, but generally kind of get in the way regardless. Keep them if they enhance a display pose; remove them if you like reposing him dynamically. 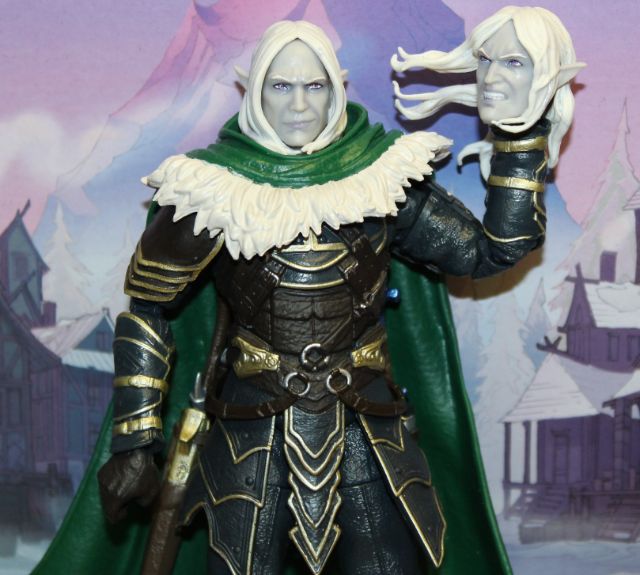 That’s not all when it comes to accessories. For the D&D players, there’s also a shiny, metallic d20 die. 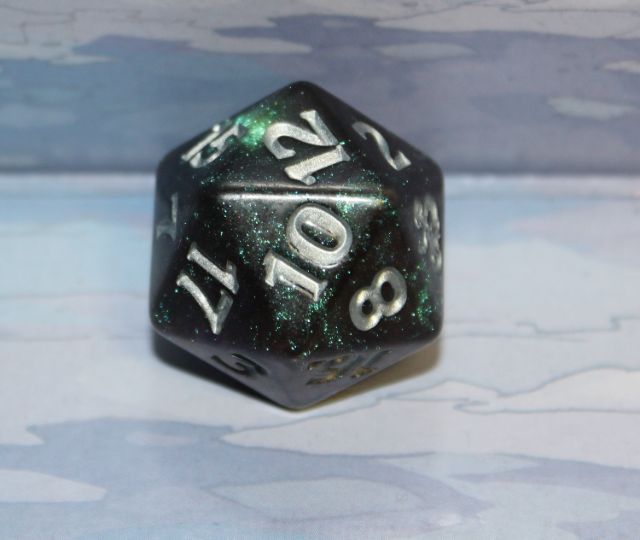 The product description mentions six cards, but they feel much flimsier than what one thinks of as cards normally, on regular paper rather than card stock. They feature a runic language on one side, and monster artwork on the others. 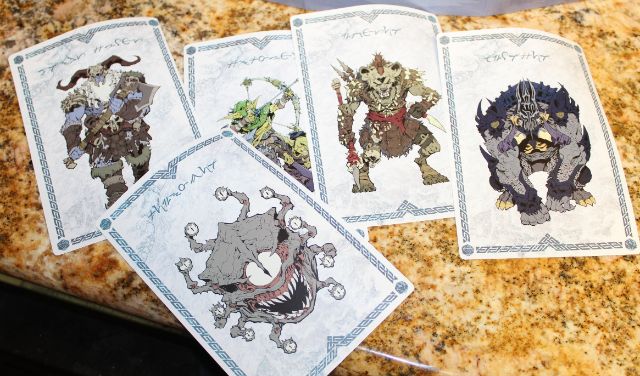 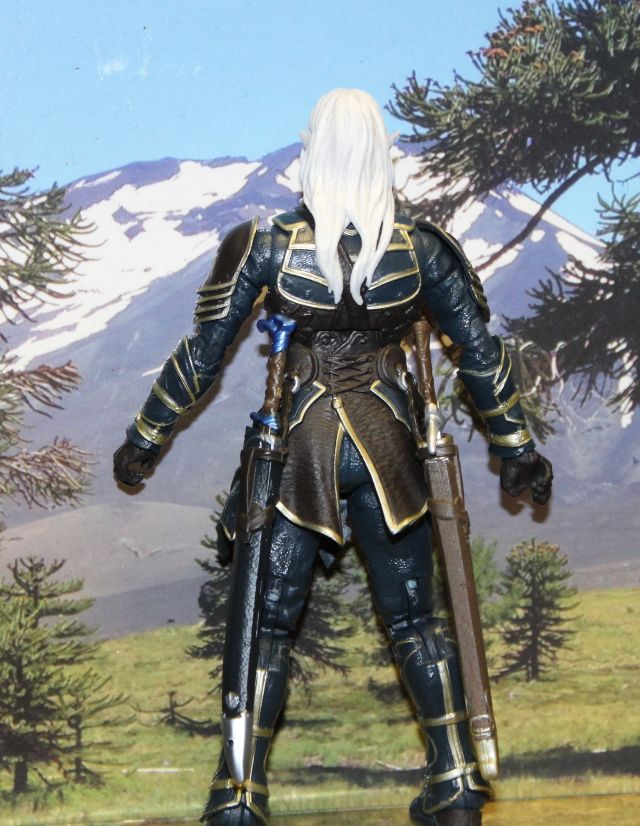 Considering everything that comes in the set, $39.99 seems reasonable. And indeed, he can still be had for that. Presumably if the line goes ahead, a more bare-bones Drizzt will see representation. In the meantime, fans of Elves and big cats can’t go too wrong.

Our full gallery is below. Would you buy into a larger D&D line from Hasbro? Let us know in comments.

We are a participant in the Amazon Services LLC Associates Program. This affiliate advertising program also provides a means to earn fees by linking to Amazon.com and affiliated sites.Toy Review

A real-life version of Scott Lang's memoir from Ant-Man and the Wasp: Quantumania is hitting bookstores later this year.
News 19 hours ago

Dungeons & Dragons: Honor Among Thieves Gets a New Trailer

Paramount gets the D&D party started with a new trailer for the upcoming live-action film, Dungeons & Dragons: Honor Among…
Movies 2 weeks ago

Does the honor of Grayskull remain intact?
Geek Culture 2 months ago
Loading Comments...