For years, Todd McFarlane expressed his desire to do “just one” Batman figure. Even if another company held the main license. Now that he actually possesses the DC toy license, McFarlane Toys put out several Batmen based on specific comic appearances. But clearly McFarlane’s desire to put his own spin on Batman never went away. Therefore, to kick off a new offshoot called McFarlane Gold Label, the Spawn creator got his wish. Presenting the Todd McFarlane designed Batman. 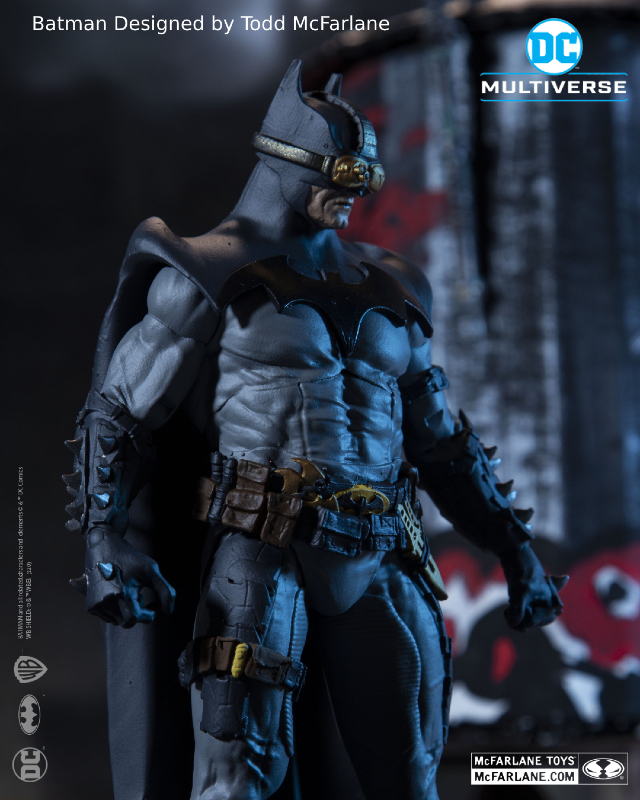 One issue with the Color Tops: the characters sported drastically different articulation depending on the property, while sometimes stuck in dynamic poses. Now that McFarlane Toys is more consistent across brands, this should no longer be an issue. 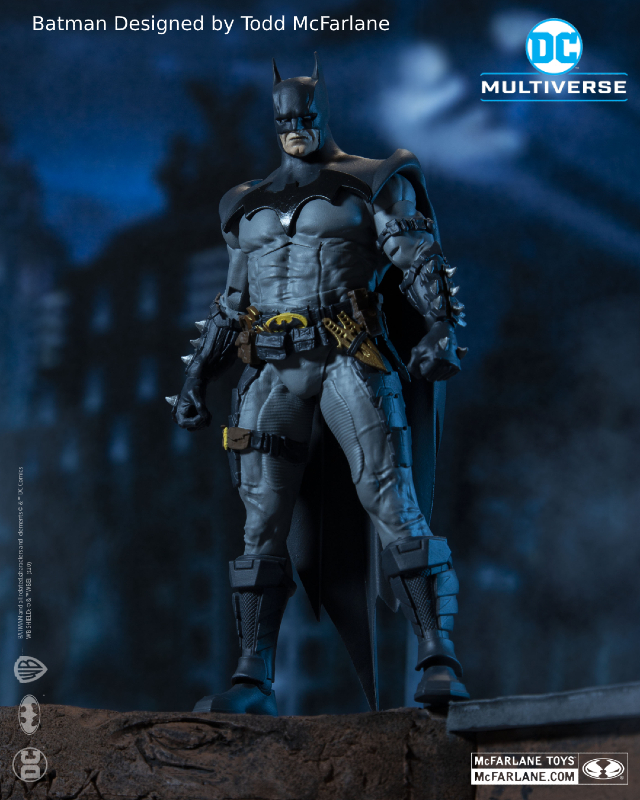 Thankfully, the company will keep the price the same. The new figures retail for $19.99, and exclusive to Walmart in the U.S., though other retailers may get them internationally. Todd McFarlane’s Batman starts preorders at Walmart.com in October, with an international release in January.

What do you think of Todd McFarlane’s Batman toy design? Comment below to let us know.