Ever since the Dawn of X began, the members of the Krakoa’s Quiet Council have worked together to act in the best interests of mutantkind. It hasn’t always been easy. But next year, the council will face its greatest challenge yet in a new series that picks up where Inferno leaves off. Marvel has shared the first details for Immortal X-Men, which promises to reveal new secrets about mutant history that threaten Krakoa’s future.

Immortal X-Men comes from writer Kieron Gillen and artist Lucas Werneck, neither of whom are strangers to Marvel’s X-books. Regardless, they haven’t told a story quite like this before. Following the outcomes of both Inferno and X Lives/X Deaths of Wolverine, Krakoa’s leaders struggle to maintain balance. Unfortunately, it doesn’t help that each member has their own vision for what the island’s future should look like. And when “chilling revelations” come to light, the backstabbing begins.

“So, the match is lit, and Immortal X-Men is a book about the burning,” said Gillen. “To speak in a Hickmanian idiom, this is the New Avengers to Gerry’s Avengers. This is the book about Krakoa, and the Quiet council, with all its muffled screams. It’s about a group of people, some of whom are convinced they’re in the West Wing, some who have designs to be in House of Cards and at least one who knows they’re in Veep. It’s big ideas, politics, fights and fashion, lies, creation and destruction, all told across the widest possible canvas, in time and space. It’s some characters I’ve written before, with the volume turned up. It’s me falling in love with some characters I’ve never touched. It’s me somehow talking Marvel into paying me for having this much fun.”

“Returning to the Inferno nod, Lucas Werneck is basically fire on the page,” continued Gillen. “He’s someone who absolutely nails the tone of the book. When we do quiet and real, the characters have so much charisma it feels like stars are on the page. When we do big and impossible, he makes it real, and takes your breath away. Mark Brooks on covers is another treat. His gifts in creating form and charisma are obvious, but he’s throwing ideas at the page with a huge velocity. People are going to be poring over his first cover like it’s a piece of art at the heart of a conspiracy, as if every line means something. Which is lucky, because it does.”

Immortal X-Men #1 hits comic shops on March 30, 2022. You can view Mark Brooks’ full wraparound cover for the first issue below.

Are you looking forward to reading the new series next spring? Let us know in the comment section below! 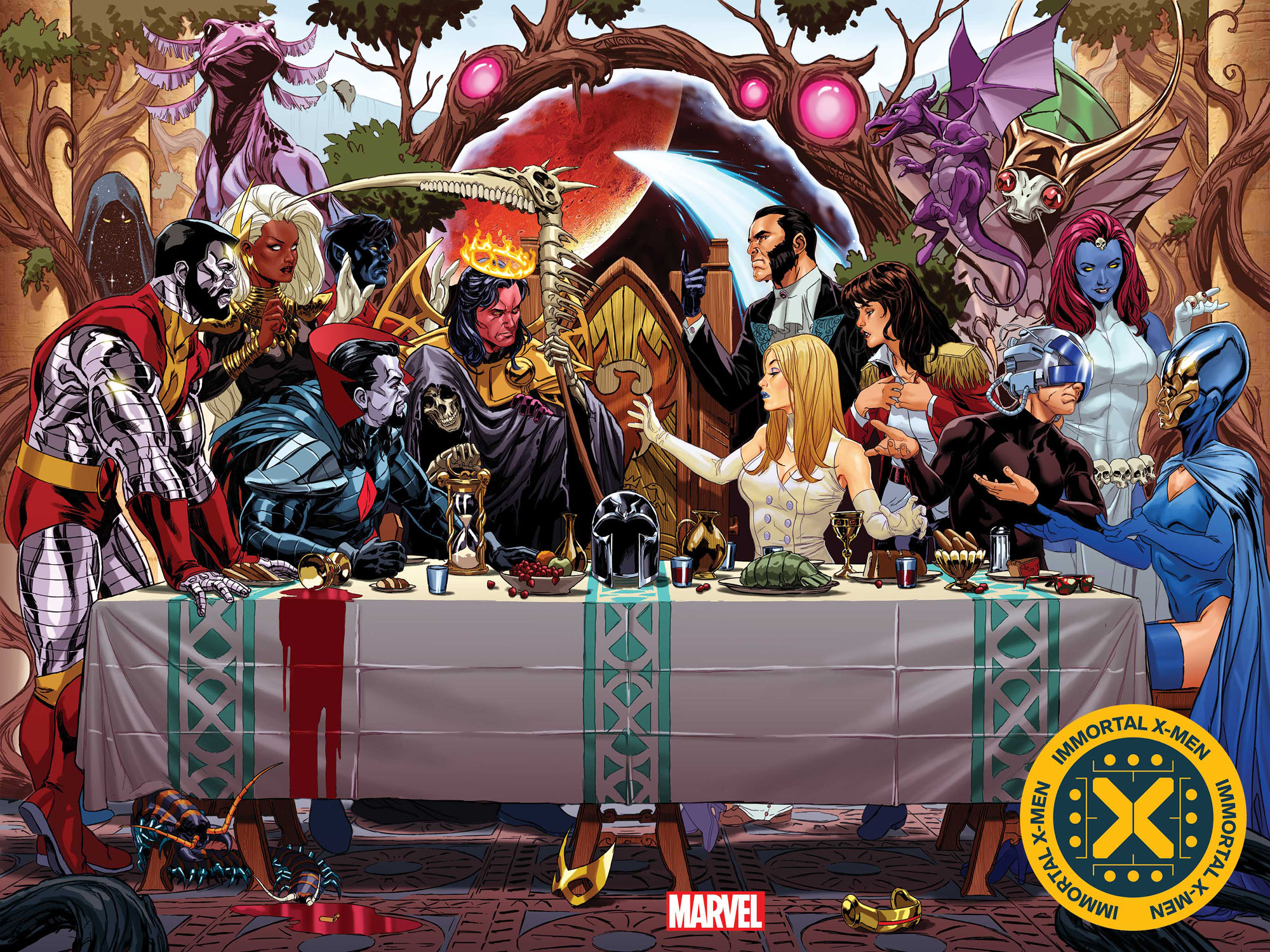 The alternate timeline of X-Men '92 continues as House of XCII #3 enters X of Swords and the warriors of…
Comics 6 months ago
Loading Comments...