Earlier this year, Marvel began teasing the launch of a revamped Defenders lineup with new artwork courtesy of Javier Rodríguez. The initial image only showed Doctor Strange and the Masked Raider. But following months of speculation, the team’s full roster has finally been confirmed. Starting this summer, everyone’s favorite “non-team” will once again headline their own series. And several new heroes are joining the Sorcerer Supreme in a high-stakes cosmic battle.

Rodríguez is working on the series with writer Al Ewing, whose landmark Immortal Hulk run is coming to a end this summer. The new Defenders miniseries will run for five issues, and finds Doctor Strange leading a team that includes the Masked Raider, Silver Surfer, Red Harpy, and Cloud.

The logline for the series reads, “When existence itself faces extraordinary threats, it needs an extraordinary defense! That’s when you call…the Defenders! Doctor Strange and the Masked Raider take a non-team of Marvel’s weirdest, wildest heroes on a mission that will uncover the hidden architecture of reality itself! “This cosmos was not the first to exist…but if the Defenders can’t track Marvel’s oldest villain through the deepest trenches of time — it might be the last!”

Ewing and Rodriguez’s upcoming collaboration marks Marvel’s first new Defenders series since 2017, when the publisher tried to capitalize on the popularity of Marvel Television’s Netflix shows by introducing the lineup of Daredevil, Jessica Jones, Iron Fist, and Luke Cage. Marvel released 10 issues of that series before ending it in early 2018.

You can check out the cover for the first issue below, then share your thoughts in the comment section! 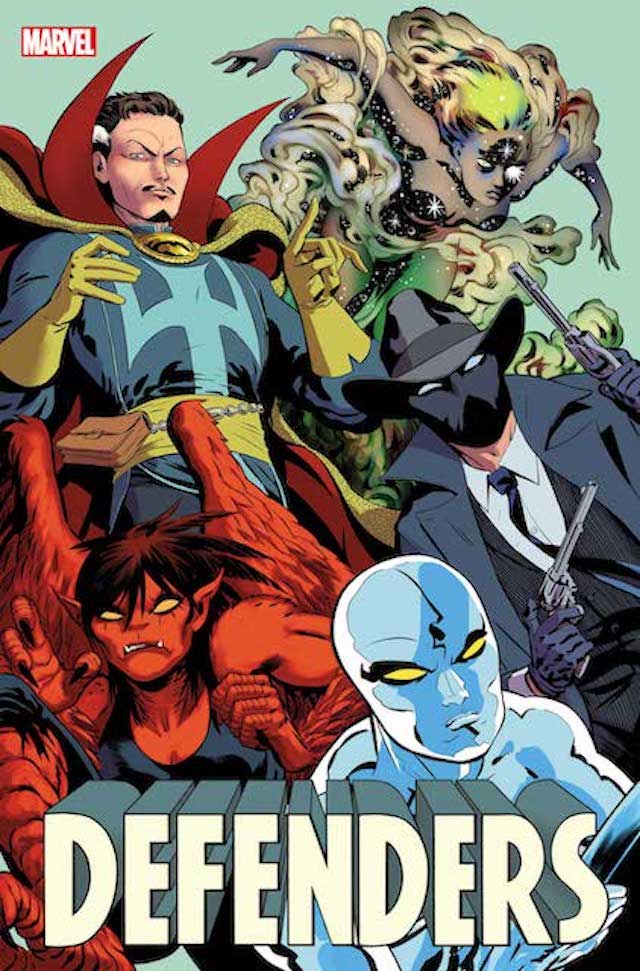 Miguel O'Hara will clash with a new team of mutant heroes in Marvel's upcoming fifth issue of Spider-Man 2099: Exodus.
Comics 7 months ago

Marvel Resurrects the Midnight Suns For a New Limited Series

Before Marvel's Midnight Suns video game hits consoles later this year, Marvel is releasing its own miniseries featuring a new…
Comics 8 months ago

Writer Ed Brisson and artist Kev Walker are teaming up on a brand new Predator comic, which finds the titular…
Comics 10 months ago
Loading Comments...