5 of the Greatest Fights in Comic Book History

One of the greatest joys in comics is when the heroes actually get to show off what they can do in a fight. We may follow our favorite characters for years, but we can’t deny the visceral thrill of seeing them in action. Naturally, hero vs. villain battles are the norm, but some of the best fights are hero vs. hero. Sometimes, these fights can even be even more savage than the conflicts with villains.

We’ve put together a list of five battles that rank among the very best in comic book history. And much to our surprise, only one of them involved a super villain.

Wolverine vs. The Hulk (Ultimate Marvel) 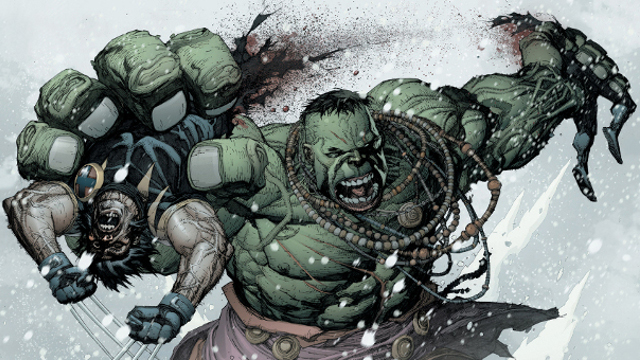 Over the past 40 years, Wolverine and the Hulk have collided a number of times. Wolverine even made his debut in the Marvel Universe in Incredible Hulk #181 by opposing exactly the green-skinned behemoth. Several of their fights could have made this list. But Ultimate Wolverine vs. Hulk took things to a brand new level.

The Ultimate universe was an alternate Marvel timeline that didn’t have the restrictions of the regular universe. That was made immediately clear in this miniseries, when Bruce Banner’s alter ego simply tears Wolverine clean in half. Naturally, that wasn’t enough to keep Logan down forever, but it remains shocking moment that has yet to be topped. 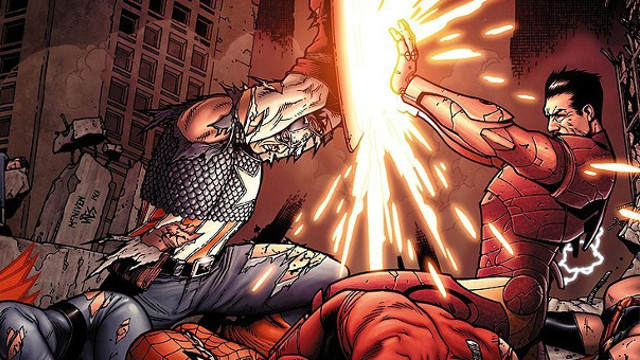 Mark Millar and Steve McNiven’s Civil War miniseries formed the basis for the Captain America: Civil War movie. Cap and Iron Man came down on opposite sides when the U.S. government passed the Superhuman Registration Act. Iron Man felt “the Stamford Incident” justified the government’s response, and he believed it prevented something even more drastic. However, Cap fiercely opposed the move and formed his own renegade team of Avengers.

Cap and Iron Man resolved their issues in a very old-fashioned and physical way. It led to an instantly iconic moment of Cap’s shield reflecting Iron Man’s blasters. However, the outcome in the comic was very different from the movie. Cap was ultimately convinced to surrender, shortly before he was assassinated. 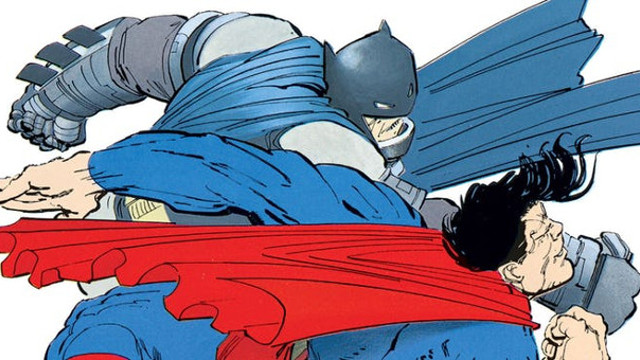 Batman vs. Superman is considered to be the definitive hero vs. hero match-up. Frank Miller’s The Dark Knight Returns miniseries stands as one of the greatest Batman stories of all time. Part of the reason for this is that it culminates with an epic fight between the two former members of the Justice League.

Superman received instructions directly from the U.S. government to forcibly remove Batman from Gotham City. However, Batman believes that Gotham still needs him and he refuses to back down. The two engaged in a brutal fight, which saw Batman use his mastery of hand-to-hand combat and a massive suit of armor to fight the Man of Steel on his own terms. The result was one of the most shocking beatings that Superman has ever suffered.

Batman vs. The Punisher 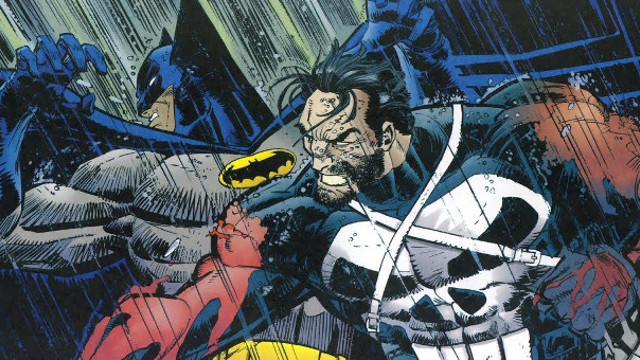 In 1994, Chuck Dixon and artist John Romita Jr. collaborated on Punisher/Batman: Deadly Knights. That was back when Marvel and DC still had regular crossovers. In fact, the Punisher had met Batman’s replacement, Azrael, in a crossover published earlier that year.

When the Punisher made his return to Gotham, he believed that the Dark Knight was indirectly murdering people by letting psychopaths walk free. On the other hand, Batman felt that Punisher was a murderer who was no different from his prey. When they collided, the Punisher managed to score a hit on Batman in a two-page splash. Unfortunately for the Punisher, the Dark Knight basically shrugged it off, and laid down a beating of his own. It was brutal, but truly entertaining. 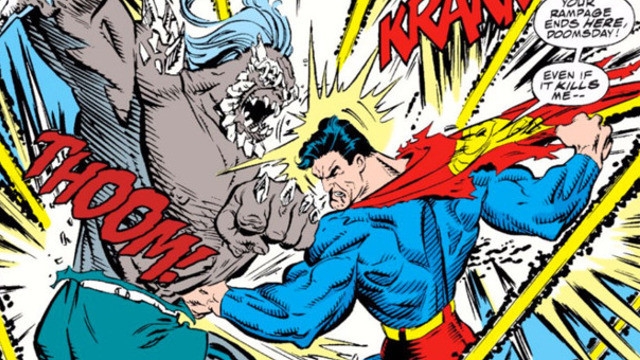 DC’s Death of Superman storyline was one of the most important events in the Man of Steel’s history. It even received unprecedented coverage from the mainstream media. The death issue, Superman #75, became the top-selling comic of 1992 with over six million copies sold.

Superman vs. Doomsday became a watershed moment for the industry thanks to the story surrounding their colossal battle. Doomsday was a deadly monster genetically-engineered only to destroy. After thrashing the Justice League, Doomsday encountered the only person strong enough to take him.

Doomsday pushed Superman to his limits and beyond. To capture the intensity of their battle to the death, each page of Superman #75 was a splash image. Superman was ultimately victorious, but it cost him his life. Even Doomsday died in the battle, but both of them eventually returned to life. However, none of their rematches lived up to their original battle.

Which of these battles are your favorite comic book fights? And do you have any alternate selections? Let us know in the comments section below!