NECA‘s animated-style Teenage Mutant Ninja Turtles figures haven’t made life easy for collectors. As (mostly) Target exclusives, they get snapped up by scalpers quickly. And their super-popularity makes them disappear fast even in areas with no re-sellers. NECA makes some figures available via LootCrate, but even those sell out before the deadline at times. So it’s with some pleasure that we report the Stern Pinball Crate, previously available at Walmart, remains available online direct from Stern. And with it, an exclusive Shredder variant figure.  But for $64.99, you’d expect more. And it delivers.

So first of all, let’s look at what else comes inside. Stern provided a Crate for review, and as with most similar geek boxes, it contains a T-shirt. L and XL sizes are available — we were sent a Large. It features the villain artwork collage that’s on the playing field of Stern’s recent Teenage Mutant Ninja Turtles pinball game, with Shredder, Slash, Mousers and more. 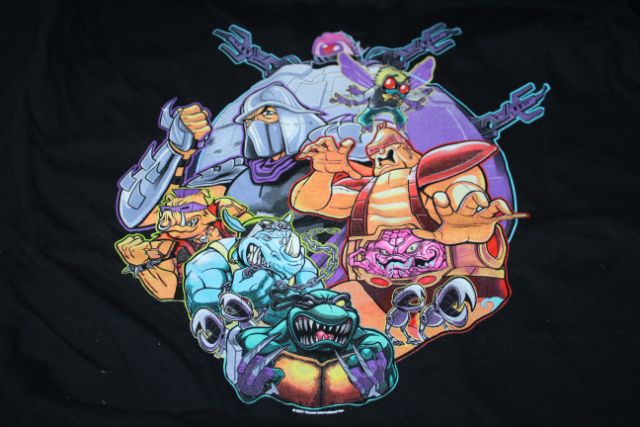 More impressive, however, is the Krang beanie, that makes it look like the evil brain is atop the wearers head. It even sports tiny tentacles, but more importantly, isn’t super-itchy the way most knit beanies tend to get. Villains have never been so comfy on the ol’ cranium. 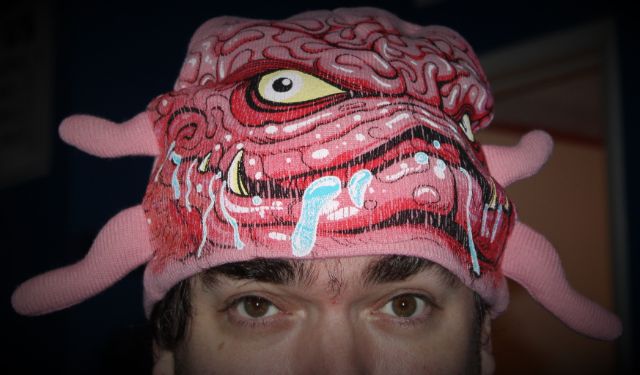 Bebop and Rocksteady get their own keychain, and there’s also a magnet in the shape of a pizza. 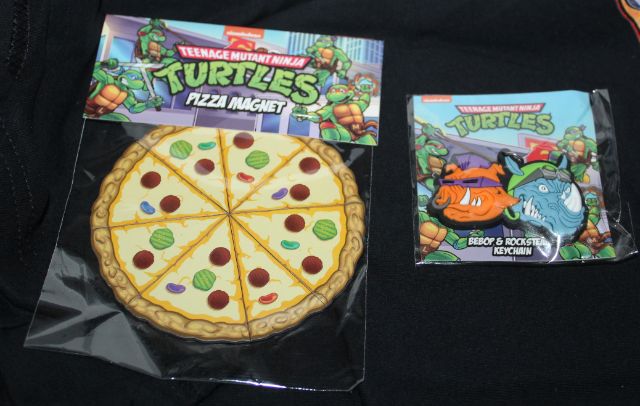 And the fun thing about the pizza magnet is that the slices can separate. Thy don’t have to, but they can. 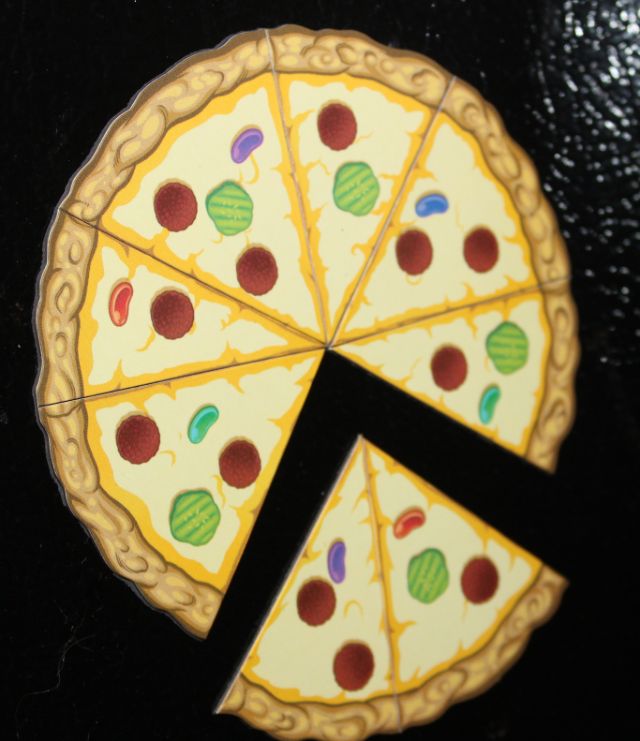 Note the very TMNT toon toppings like jellybeans and pickles.

That brings us to the major selling point: the pinball variant of Shredder. Based on what NECA puts out, I suspect the license doesn’t allow for single carded, regular-sized figures at retail stores, so Target only sells two-packs and oversized or deluxe figures. But they can sell single basic figures in subscription boxes. Odds are that if anyone who collected this line enough to want a Shredder didn’t mind buying Krang as well. But for those who just want Oroku Saki and nobody else, here he is. 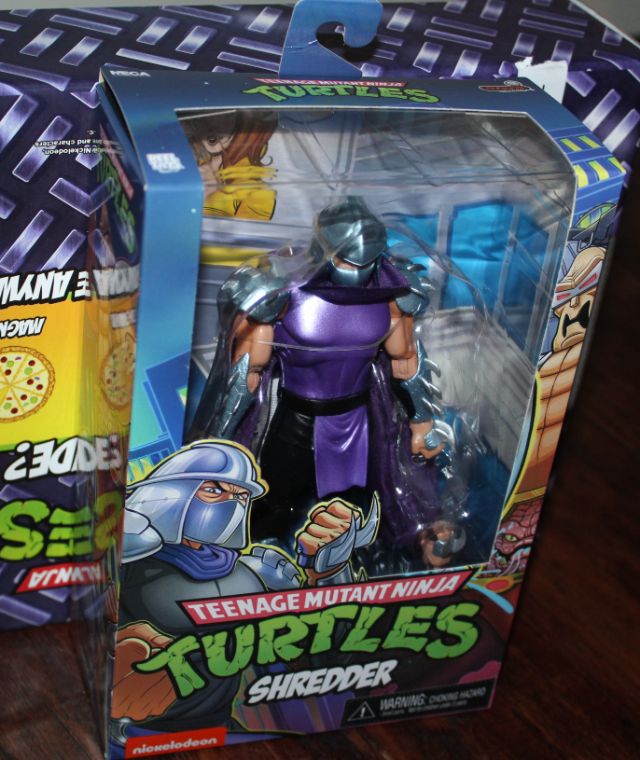 Shredder comes with a total of six hands: two fists, two accessory-holding, and two open hand/cat claw finger posed. Since he doesn’t actually include any weapons, the weapon-holding hands may seem pointless unless the buyer has some extras at home. 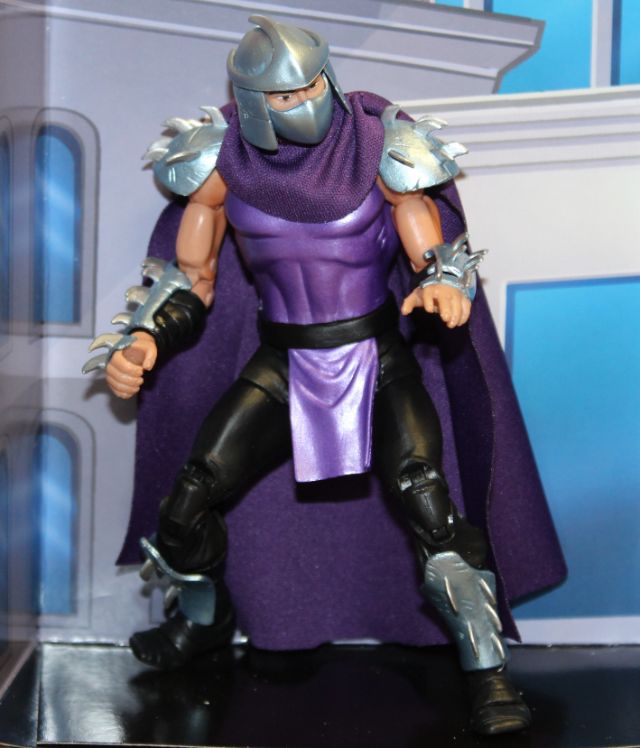 The figure has the same base body as previous Shredders, like the arcade game version and the cartoon version. Unlike those, he lacks either pixels or black linework to indicate his source material. Instead, his purple tunic features a metallic sheen. His purple fabric cape hangs nicely, both from his back and around his neck. The package backing insert features an animated rooftop-scape.

RELATED: Old Ghosts Support Their Brother in This TMNT: The Last Ronin Statue 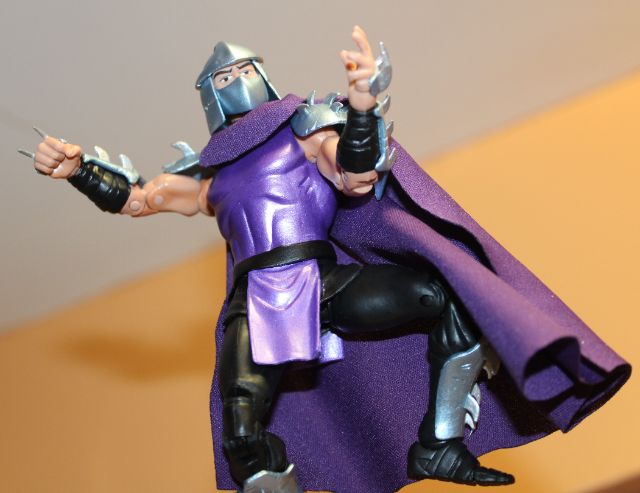 Some additional torso articulation would improve the figure, but other than that, he’s pretty poseable. Neck, shoulders and hips sport ball joints. He has double-hinge elbows and knees. Boot-top, upper bicep and waist cuts. Rock and hinge ankles. Disc and pin wrists. And mid-foot joints that go a full 180 up and down. (These make him more challenging to stand up than some, so be glad he has foot pegs.) 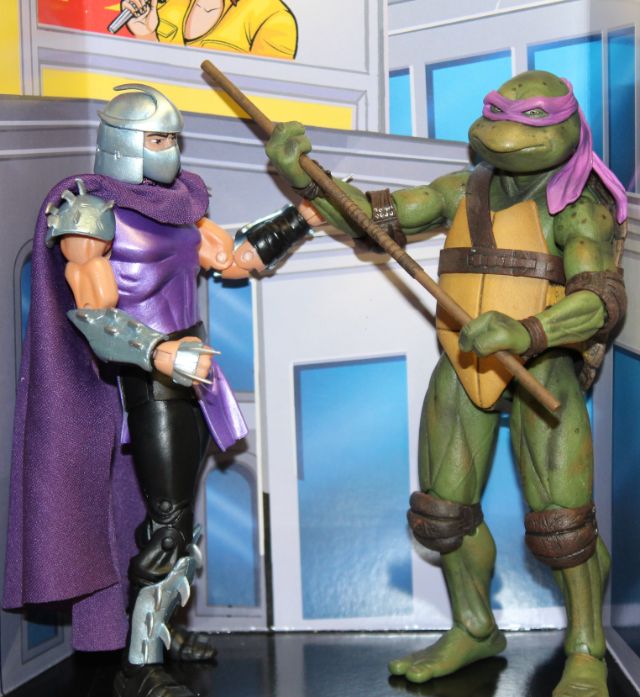 What may come as a surprise to casual NECA collectors is Shredder’s size. Rather than their usual 7-inch scale, he’s best suited to 6-inch. Even next to 6.5-inch WWE figures he looks short. 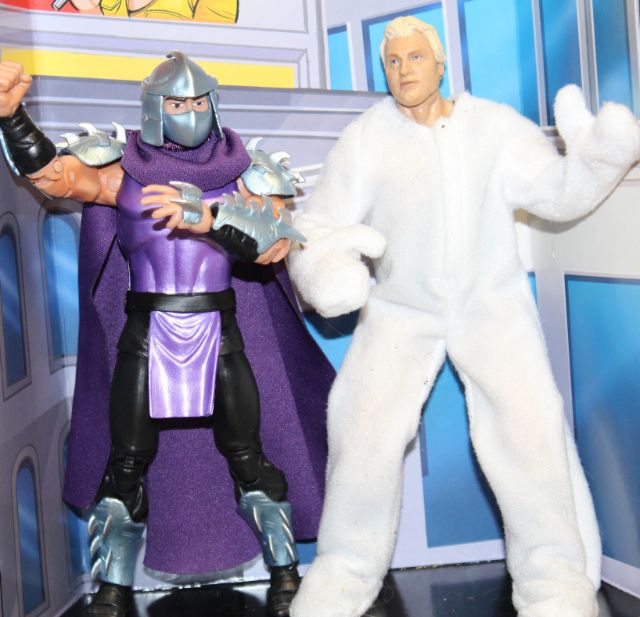 But for Marvel Legends fans, he might feel just right. 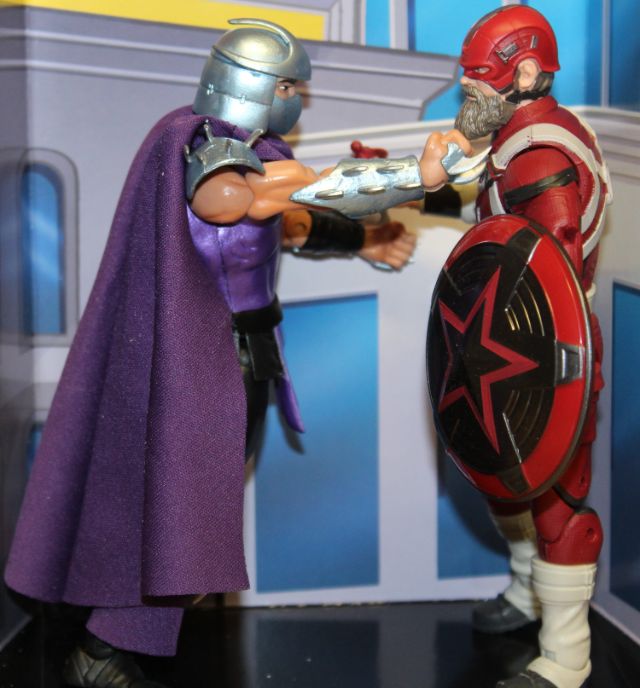 Though NECA initially sculpted the base figure from animated versions, Shredder is detailed enough, and non-stylized enough, that he can pass for not-animated. It probably helps that he covers his face. 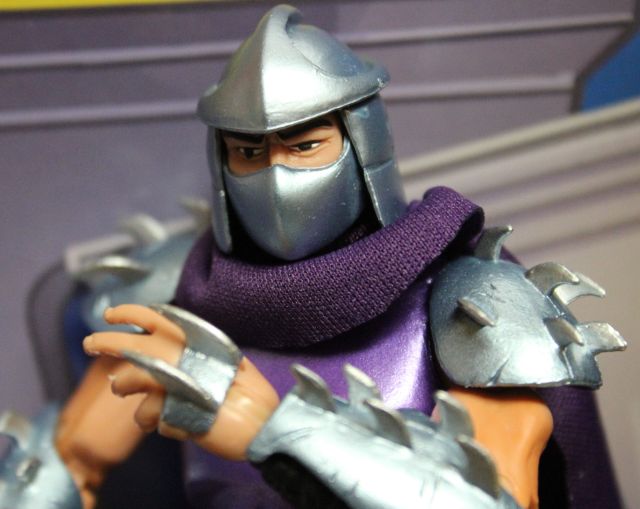 So is this box worth the price? Let’s break it down. As an exclusive figure, the Shredder would probably sell at $25. Figure at last $25 for the tee. $10 for the beanie, and maybe $7-$10 for the magnet and keychain combo. That puts it in the $65 range easily. Add in the exclusivity of the whole deal and most retailers would upcharge.

As for Shredder — better Shredder figures do exist. But in a 6-inch scale, with a nicely hanging fabric cape and shiny chest, not so much. Buy accordingly. And be sure to check out the gallery below for more.

Here are your Amazon toy deals for Sept 9.
Deals 5 months ago

Here are the deals for Aug 25.
Deals 5 months ago