Ever since Nickelodeon took ownership of Teenage Mutant Ninja Turtles, they’ve divided the toy license into as many segments and companies as possible, with at least three now putting out mass-retail lines, and many more if we count import and specialty. For Playmates, the original toy license holders, this has forced some innovation. How do you make a TMNT figure line that still stands out from every other TMNT line? One way is that they still make the figures based on whatever the most current TV or movie is. And another has been to cross over with other properties. Following a successful series of two-packs with Cobra Kai characters, Playmates TMNT now brings in Street Fighter and Stranger Things. 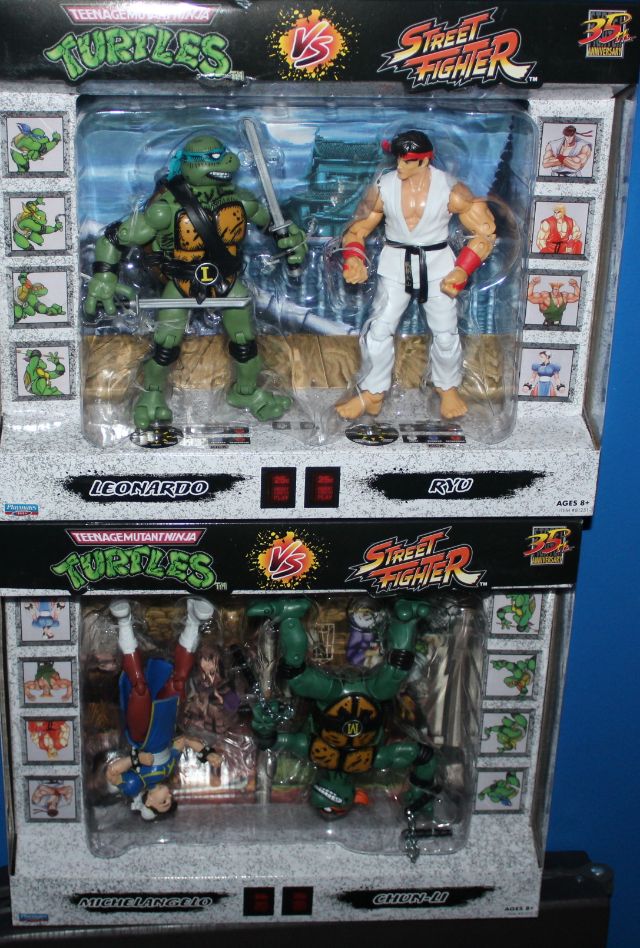 So far, these collaborations spawned two two-packs apiece. Michelangelo vs. Chun-Li, Leonardo vs. Ryu, Leonardo and Eleven, and Raph and Hopper. To be era-appropriate, the ’80s-set Stranger Things features Mirage comics-styled TMNT, while the Street Fighter II characters face…oddly comic-styled versions of the TV cartoon turtles. The Stranger Things packaging appropriately features characters upside down from one another — though our Street Fighter review sample also featured an accidentally upside-down Chun-Li set. 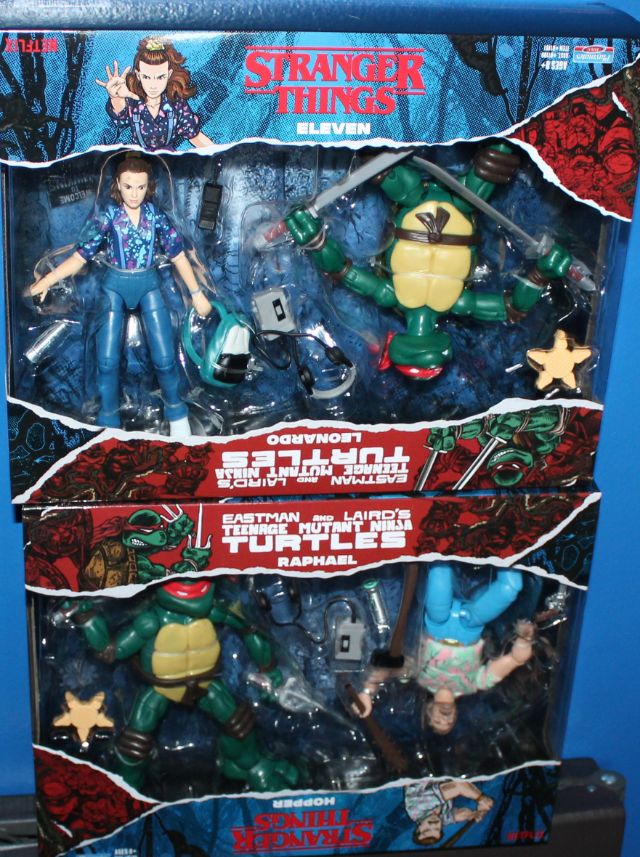 Scale feels a bit wonky on these, so lets address that first. The turtles obviously scale differently depending on the iteration, with the Mirage Turtles being smaller than humans, and the Michael Bay-produced movie Turtles larger. Both versions of Turtles in these sets are the same approximate size as the NECA movie versions, which are officially 7-inch scale. Meanwhile, the Street Fighter and Stranger Things figures stand about the right height to play with Marvel Legends and Star Wars Black Series at 1:12 scale. 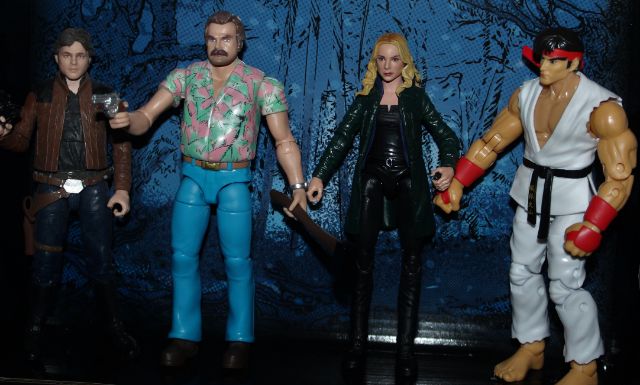 If G.I. Joe Classified weren’t already planning Chuckles, Hopper could stand in as a fat, seedier version. Anyway, the Mirage Turtles are new sculpts, but the versions that come in the Street Fighter sets are repaints. And odd. 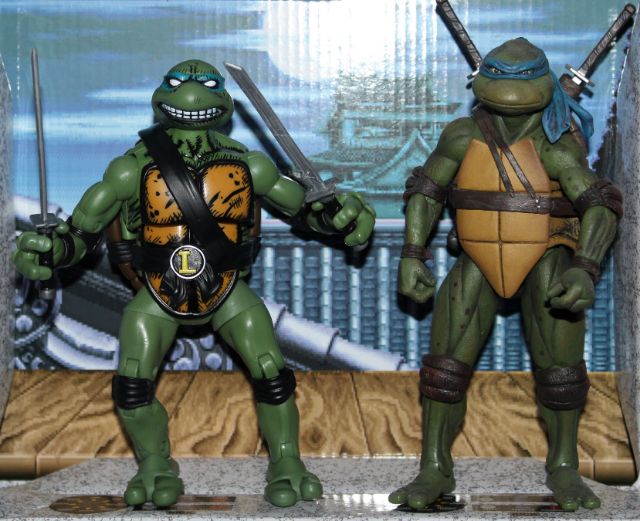 They seem comic-styled, but also features the initials and colored bandanas of the cartoon and movies. The head and torso feature ink-like shading, and while the shell and appendages do not, the black pads maintain the darker look. Legs are splayed out a bit, and feature awkward articulation, including the ability to pose each toe separately. It seems designed for playability more than, y’know, actually standing them up. It’s also more than the Mirage Turtles have. 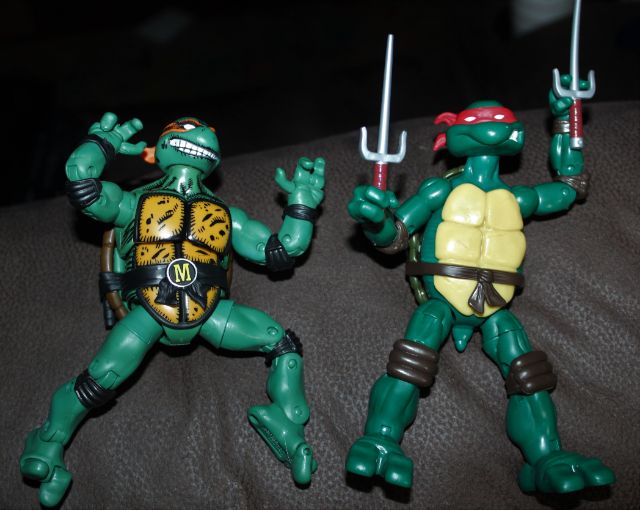 Most notably different — articulated fingers and thumbs. generally, this doesn’t work too well in action figures that have to hold accessories, and alternate hands are preferred. But considering the Mirage Turtles have left hand grips too loose to hold their stuff, maybe it’s better. At least the movable thumbs help secure things. Note that the individual Turtles are only differentiated in sculpt by their heads. The Mirage Turtles do not have weapon holsters, but the game ones do. And Mikey’s nunchuks include metal chains.

Aside from their usual weapons, the Stranger Things Turtles also get Eggo throwing stars. They don’t seem like they’d hurt much, but it’s a fun crossover touch. 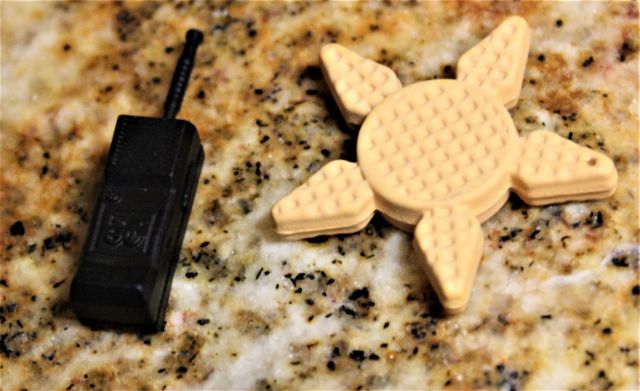 The Street Fighter II figures are pretty much the figures most kids wanted back in 1992. For whatever reason, Capcom took forever to meet demand, and the best we did Stateside at the time was a bunch of repainted G.I. Joe figures. These aren’t just the toys we wanted then — they still look like ’90s toys, except for the double elbow and knee joints that weren’t yet a thing. The retro aesthetic may look basic, but it’s hard to fault them. They’re solidly made, and the actual ball and socket hips still work better than more complicated modern attempts to execute that joint. 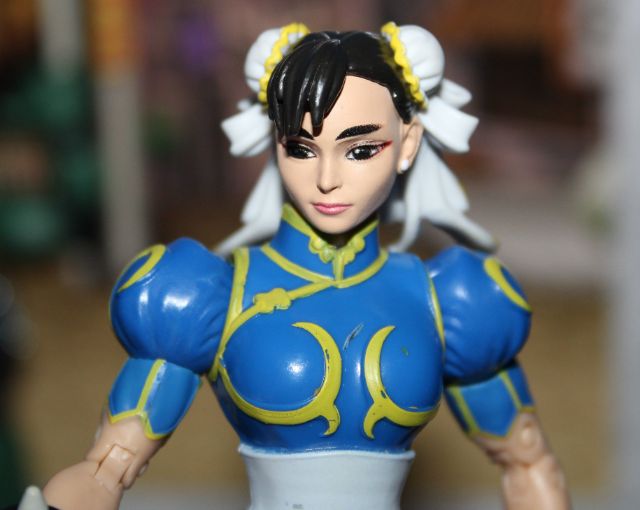 Both Chun-Li and Ryu have fists for both hands, so it’s punch poses only. 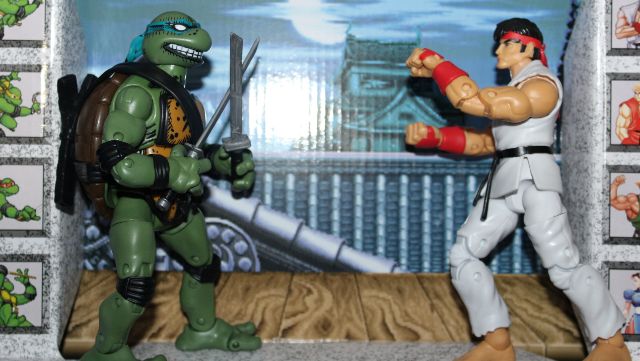 Packaging is not exactly “collector friendly” — you’ll need to cut lots of plastic shirt tags. Once you do, however, the Street Fighter sets feature nice game-cabinet style cardboard dioramas inside that enhance the display. 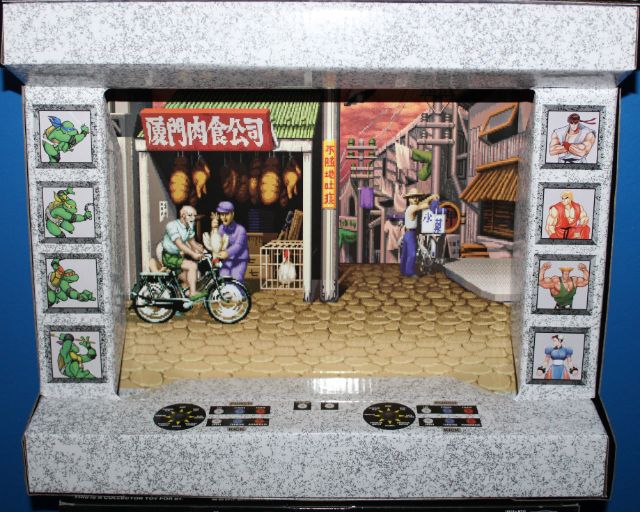 Stranger Things sets just have an inset of the Upside Down, but it’s a decent enough backdrop for images. 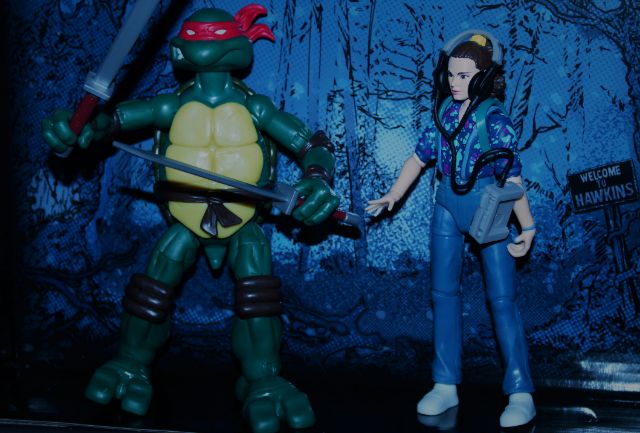 Unlike the Street Fighter figures, the Stranger Things characters have disc-and-pin elbows. Likenesses are very ’90s — they’re there, but clearly not digital scans. They feel more like comic book drawings of David Harbour and Millie Bobby Brown in their season 3 outfits. And they’re not necessarily less lifelike than McFarlane’s 7-inch versions. 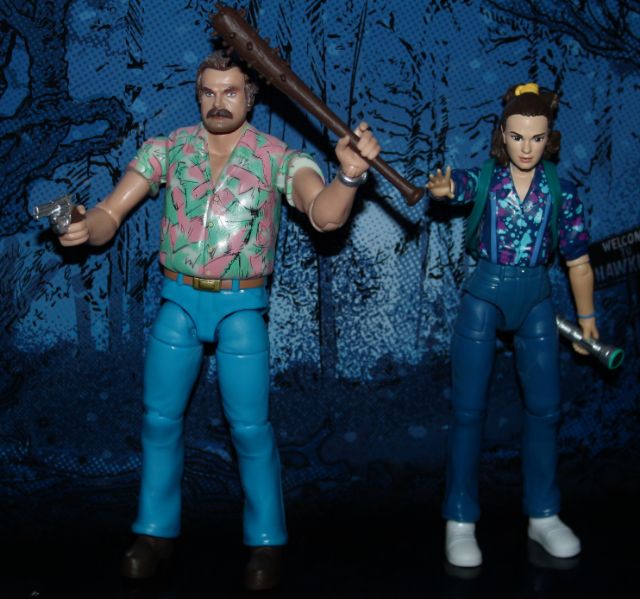 Both figures come with a flashlight and comedically oversized Walkman with headphones. Hopper also comes armed with a gun, axe, and spiked baseball bat. Eleven has a removable backpack. 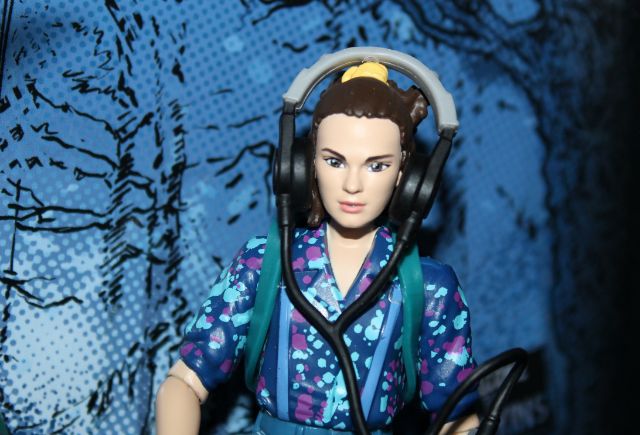 All four sets are available at Target for $39.99. That’s a reasonable deal for figures if you want them both; less so if you’re only buying for the non-Turtles. Here’s hoping for some villain sets if these go forward. Maybe Shredder vs. Bison, or Krang vs Demogorgon.

Anyway, check out many more images in the gallery below. Then let us know your thoughts in comments.