When an action figure line is really tiny, making super-sized items is not just possible, but usually awesome. Long gone are the ’80s, when every toy line, from A-listers like G.I. Joe to also-rans like Sectaurs and Power Lords, all got some massive base playset, no matter how big the figures. So nowadays, for deluxe oversize items, block sets like LEGO and Mega Construx are the go-to. But Heroclix are even smaller — tiny painted miniature superheroes designed for collecting or playing team battle games with. And that size allows for Wizkids to occasionally throw in something like a Heroclix Galactus as a deluxe item.

No Galactus figure could ever properly come in proper cosmic scale, but a foot-tall statue to take on figures less than two inches has a dramatic effect. And even that aside, Heroclix Galactus makes a pretty fine statue for Marvel fans who may have no interest whatsoever in the game. 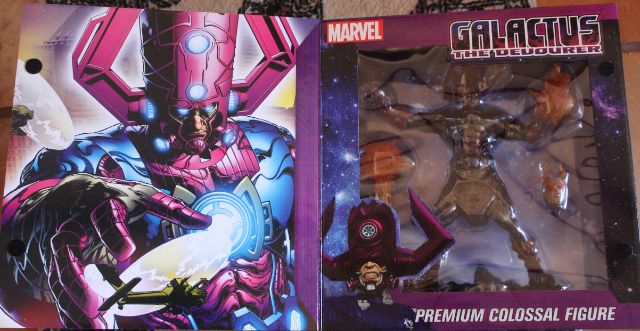 Heroclix made Galactus before a time or two — there’s even a zombie version — but this is the most elaborate yet, with a diorama base, energy blast effects, and even an alternate helmetless head. Yes, the eater of worlds looks as bald as Captain Picard underneath the giant space samurai headgear. The head switchout is super-easy, since this was never designed for rough play; it just slips right in and out. 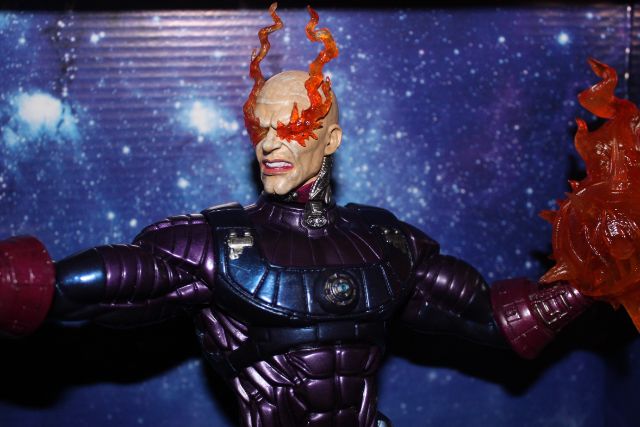 For those who just want to display the foot-tall-plus figure in package, he comes in a window box with velcro fastener. But to fully assemble him with energy blasts, he has to come out. The left hand blast seems sealed on, but the right one attaches to a peg in the palm of his hand. Both are spiky, and could probably draw blood if the user isn’t careful. So don’t give this to little kids. 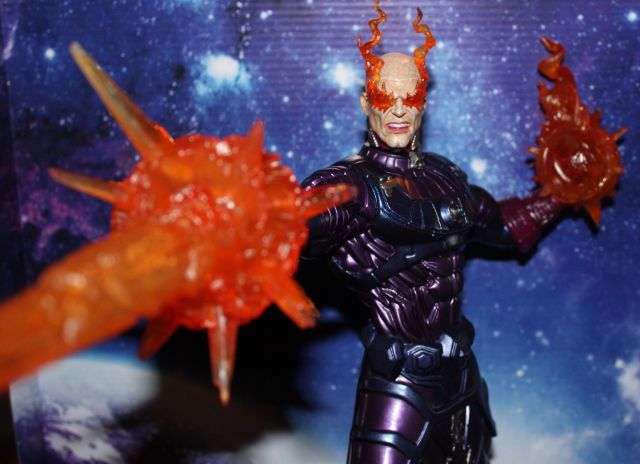 Though he’s a touch shorter than the original Marvel Legends Toy Biz build-a-figure, this Galactus is sized about right to be build-a-figure size with the modern line. And since he’d probably just be posed neutrally anyway, and cost something like $120 to collect, this $99.99 version isn’t a bad value. Here’s how he appears scaled next to some other popular figure styles in the five to seven inch range: 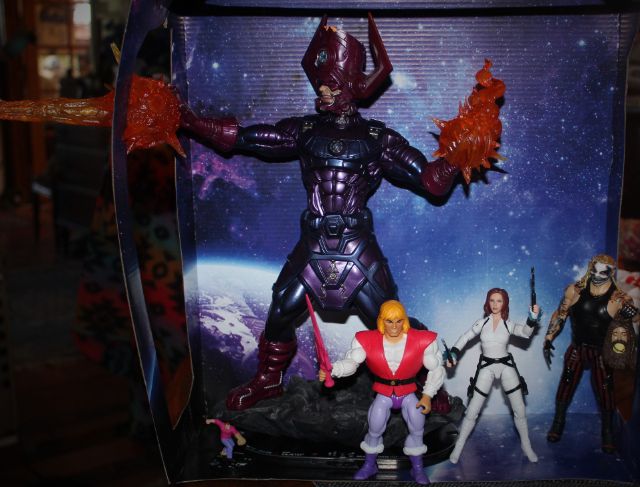 The statue itself is solid, shiny, and does not feel easily breakable. The level of detail on him is on a par with most modern action figure sculpting. 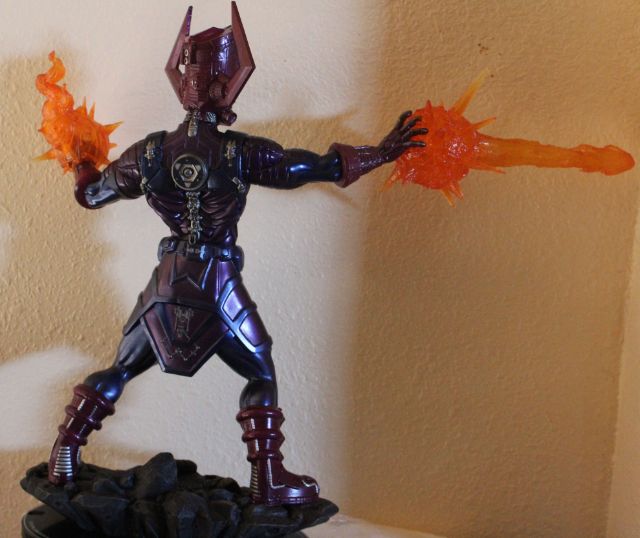 As for the game part: he comes with a trifold card, and four gameplay dials on his base. While Heroclix sent extra figures along with him, they did not include a game board or rules. Packaging directs potential players to learn at their local comic shop, but in this pandemic, how many of those remain open? All of which is to say players may know what the following means: “Two of those dials represent Galactus himself (for 32 clicks of health). He also has two special dials. An all-new Herald Dial to let another character serve him, and a never-before-seen Elemental Converter Dial which will allow Galactus to devour the map!” 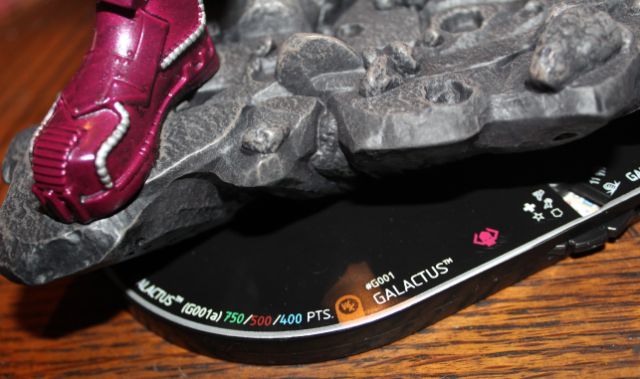 Originally created as a grand prize figure for players of a 2020 in-store event, Galactus can now come home to everyone. The initial sold-out run ships this month; a second shipment arrives in November. Players may feel most interested, but as a foot-high statue, or even a toy for older kids who can play safely with the spiky blasts, this still looks and feels pretty cool.

Check out more images in the gallery below. Will you hunger for this Heroclix titan? Let us know in comments.

Eric Wallace, the showrunner of The Flash, reveals a Legends of Tomorrow return and other scrapped plans from season 9.
TV 12 hours ago

Some bloody variants, and some new versions.
Geek Culture 5 months ago