Rumor has it that Scott Lang will team up with his daughter, Cassie, when Ant-Man 3 hits the big screen in a few years. But fortunately, comic fans won’t have to wait that long to catch this father-daughter duo fighting side by side. Marvel will relaunch a new ongoing Ant-Man series next year. And while Scott’s costumed persona is getting sole billing, it sounds like he and Cassie will share the spotlight.

The new series was first announced at MCM Comic Con in London last week. Writer Zeb Wells and artist Dylan Burnett have been tasked with spinning new pint-sized tales in the coming year. Wells has tackled Marvel’s The Amazing Spider-Man and Nova series in the past. Meanwhile, Burnett is known for his work on X-Force and Cosmic Ghost Rider. It may not be easy to follow Nick Spencer’s most recent run on The Astonishing Ant-Man. But according to Wells himself, readers should expect to see something fresh.

RELATED: Avengers of the Wastelands Revisits the World of Old Man Logan

“Dylan Burnett, Mike Spicer and I are out to put the ant in Ant-Man, turn over some rocks and craft a bug-forward tale that starts small and spins into a world-spanning adventure,” said Wells in a statement. “And you know Stinger (Cassie Lang) is coming along for the ride.”

The inaugural storyline finds Scott facing an existential crisis. With this, he accepts a job with local beekeepers that quickly leads to the discovery of a mysterious “global conspiracy.” Whatever it is, it compels Scott to enlist help from Cassie, who once again dons the mantle of Stinger. Apparently, there will be guest appearances by other Marvel heroes as well.

Ant-Man #1 will hit comic book stores in February 2020. You can check out Eduard Petrovich’s cover for the first issue below.

Will you be adding the new series to your pull list? Let us know in the comment section! 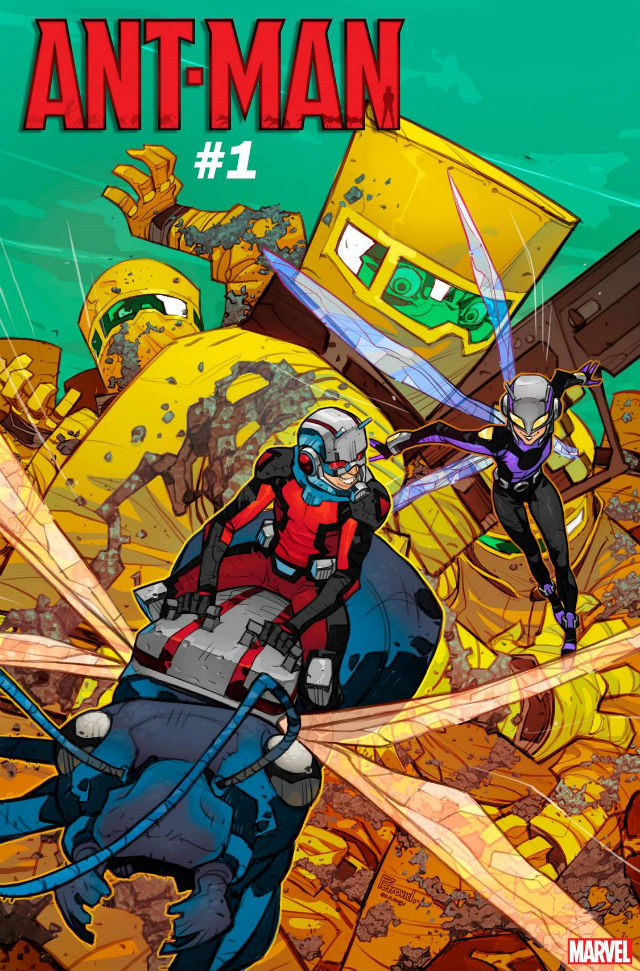 Jonathan Majors seems off to a good start as Kang.
Movies 1 day ago
Loading Comments...